On Thursday I reached 100,000 km of running since the last time I had a day off. In fact, that last day off was on August 25, 2004, so next week will mark the 16th anniversary of my last day off from running. In that time I’ve averaged 17.127 km per day. This average was obviously enhanced somewhat by the running around the world.

Talking of running around the world, the BBC published an article last week about those who have run around the world, including an interview with me. You can read it by clicking on this link – BBC Story. There’s a photo of me running along the rim of the Grand Canyon. The jacket I’m wearing in that photo is the same one, coincidentally, that I wore on my run this morning. It’s still going strong.

Below is a video of a television interview I did as I passed through Melbourne, with only about 1000 km left of my world run. I referred to it at the time as “entering the home straight”. There are also some photos of my time in late August of 2012 when I was running through the state of Mississippi, as well as a shot of my breakfast from this day in 2013. We were staying in Melbourne at the home of our good friends, Annie and Michael, and Annie cooked me this amazing breakfast of poached eggs on toast, with smoked salmon, tomato and rocket. Yummmmmm!!!! 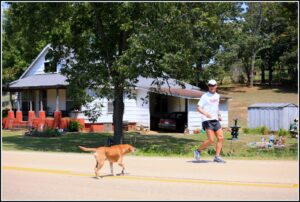 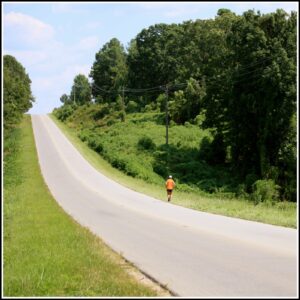 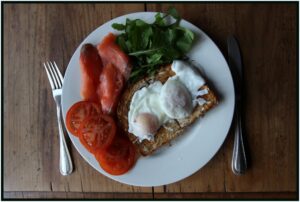