It’s only been in recent times that I’ve been running with a GPS watch which, when I download the data to Garmin Connect, allows me to see all sorts of statistics related to my run that day. The obvious ones are speed and distance, but there’s lots more. One that I’ve found interesting in the past few months is my stride length.

In general, stride length is a function of running speed, but it’s not a linear relationship (which means that, increasing speed by 10%, for example, doesn’t necessarily mean increasing stride length by 10%). During my world run, my stride length was down around 0.75 metres, which is as expected, since I was running so slowly.

I hadn’t been paying attention to stride length lately, until my recent problems with my SI joint and Achilles. I was running very slowly during that period, and my stride had dropped to around 0.9 metres, and often even lower. However, as I’ve recovered and my training speed has increased, I’ve noticed my stride length increasing consistently.

I now find that, if I run at 6 minutes per km, my stride length is pretty much spot on 1 metre. Any faster and I’m above the metre. In fact, I set a new recent record on Monday when I averaged 1.08 metres during a run where my speed averaged 5:23/km.

Todays’ photo is pretty much from this time six years ago as I was running through New Mexico. When I look back through the photos, what stands out is how few of them were taken in cities. That’s because most of the time I was in the countryside, which is the best place to run anyway. No wonder I loved running around the world so much. 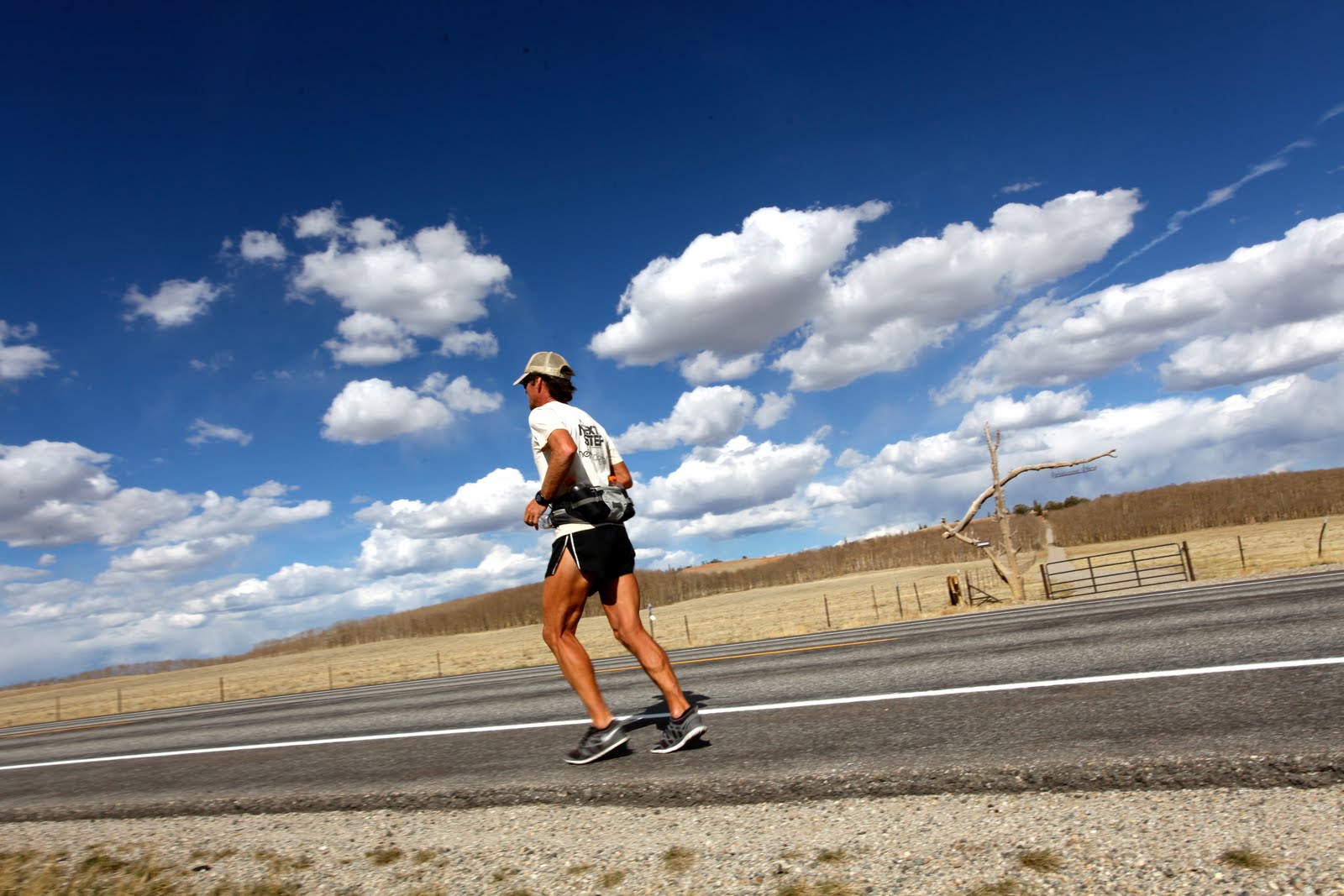