I’m inching ever closer to making that decision about minor surgery on my heel, should that be the recommendation when I get a professional opinion on it. As has been the case in past years, taking it easier results in it getting worse, likely due to it having more opportunity to plaster the split in the tendon with scar tissue. Let’s see how it goes over the coming weeks.

Three world run videos today, all from Czechia. One from Prague, one from a frozen lake in the countryside, and another from the wonderful town of Telc. It was about this date in 2013 that the weather started to warm up. Temperatures rose on average more than 20 C in a few days and never looked back.

Today was marked by variable weather. It was cold at times, though the temperature reached the mythical double figures for a while. I’d forgotten just how hot 10C feels – well, it does when you’re running with three layers on.

It wasn’t just the temperature. The skies ranged from overcast to brilliant sunshine, to heavy rain, to hail, then back to bright sunshine. And all within the space of an hour or so.

I also reached what I think was the highest altitude I’ve been at since the Pyrenees, and there was a full ground cover of snow up there. The ponds and small lakes were completely frozen over too.

The highlight of the day was the town of Telc. It has a main square that looks as original as it must have two hundred years or more ago. The buildings are in exceptionally good condition, and create a beautiful sight for a weary world runner’s eyes. Have a look at the photos to see what I mean. 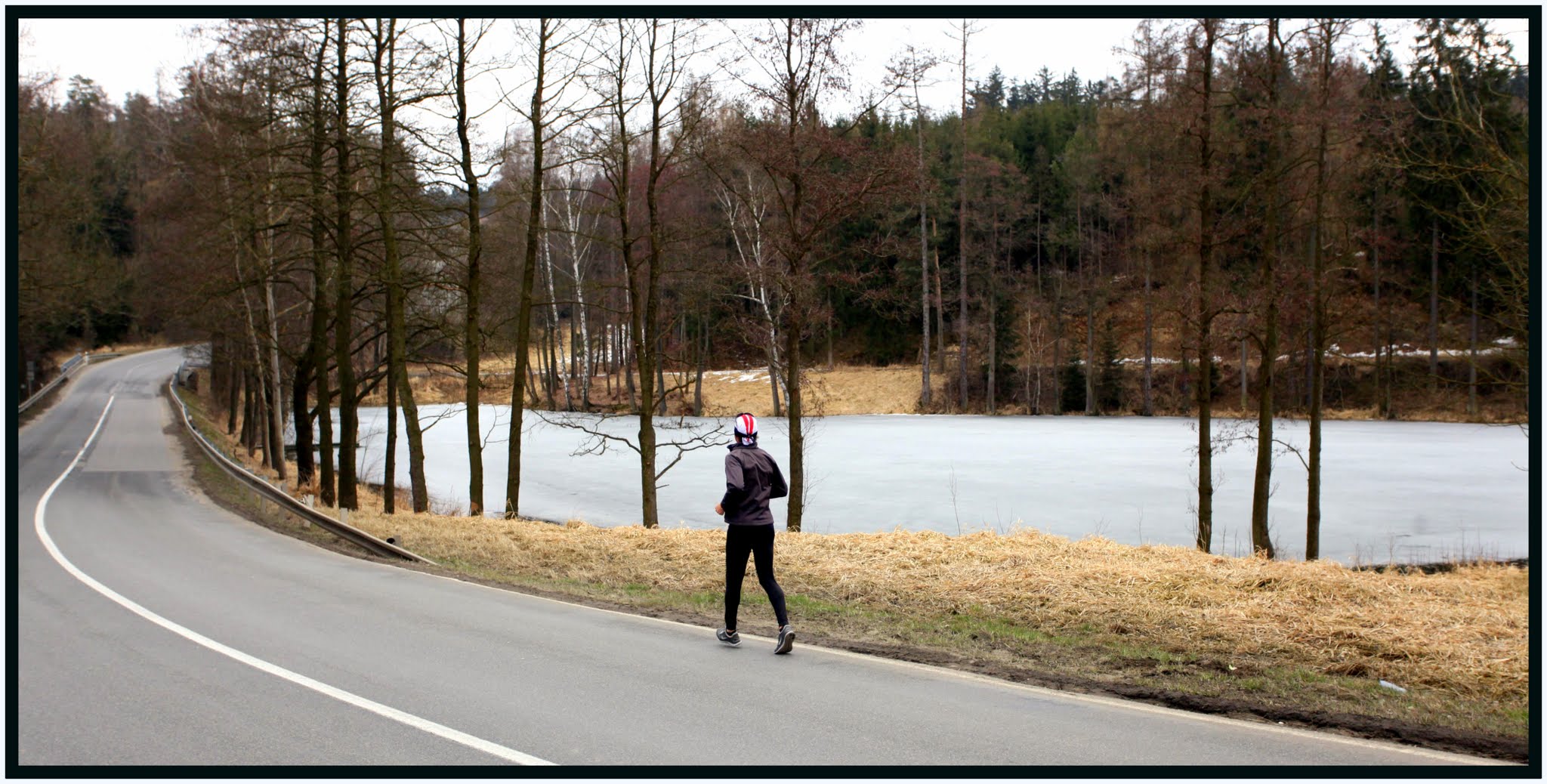 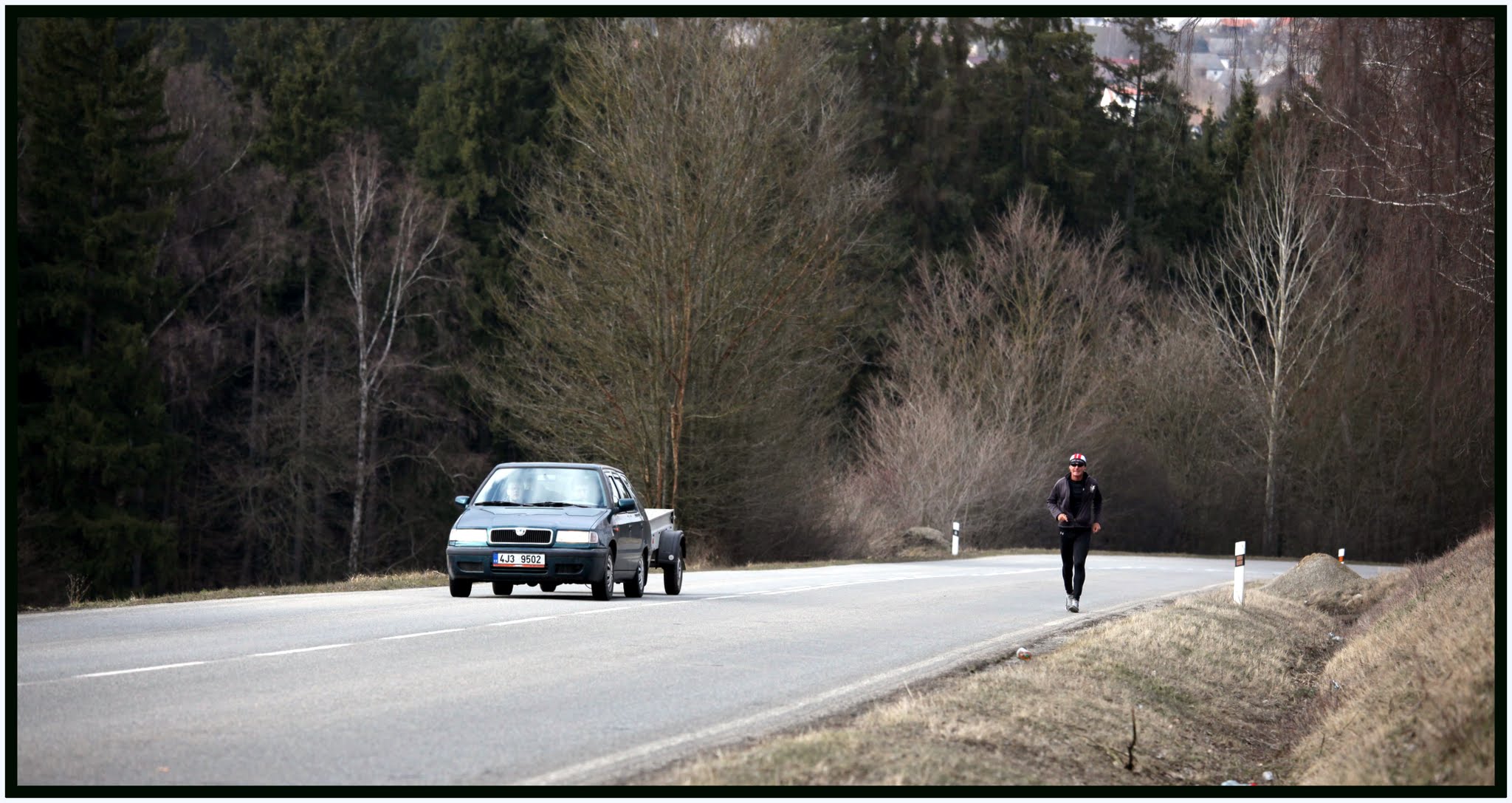 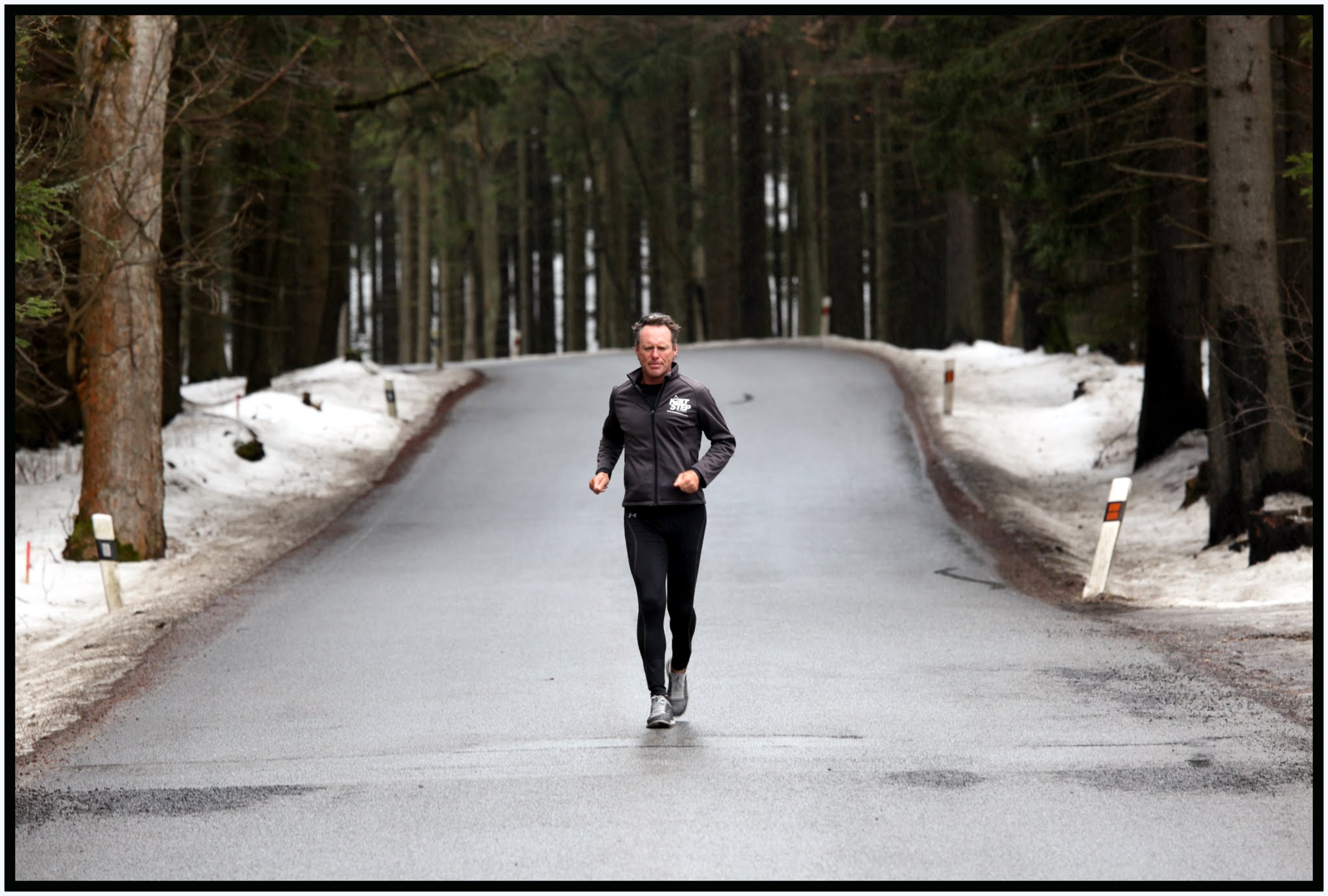 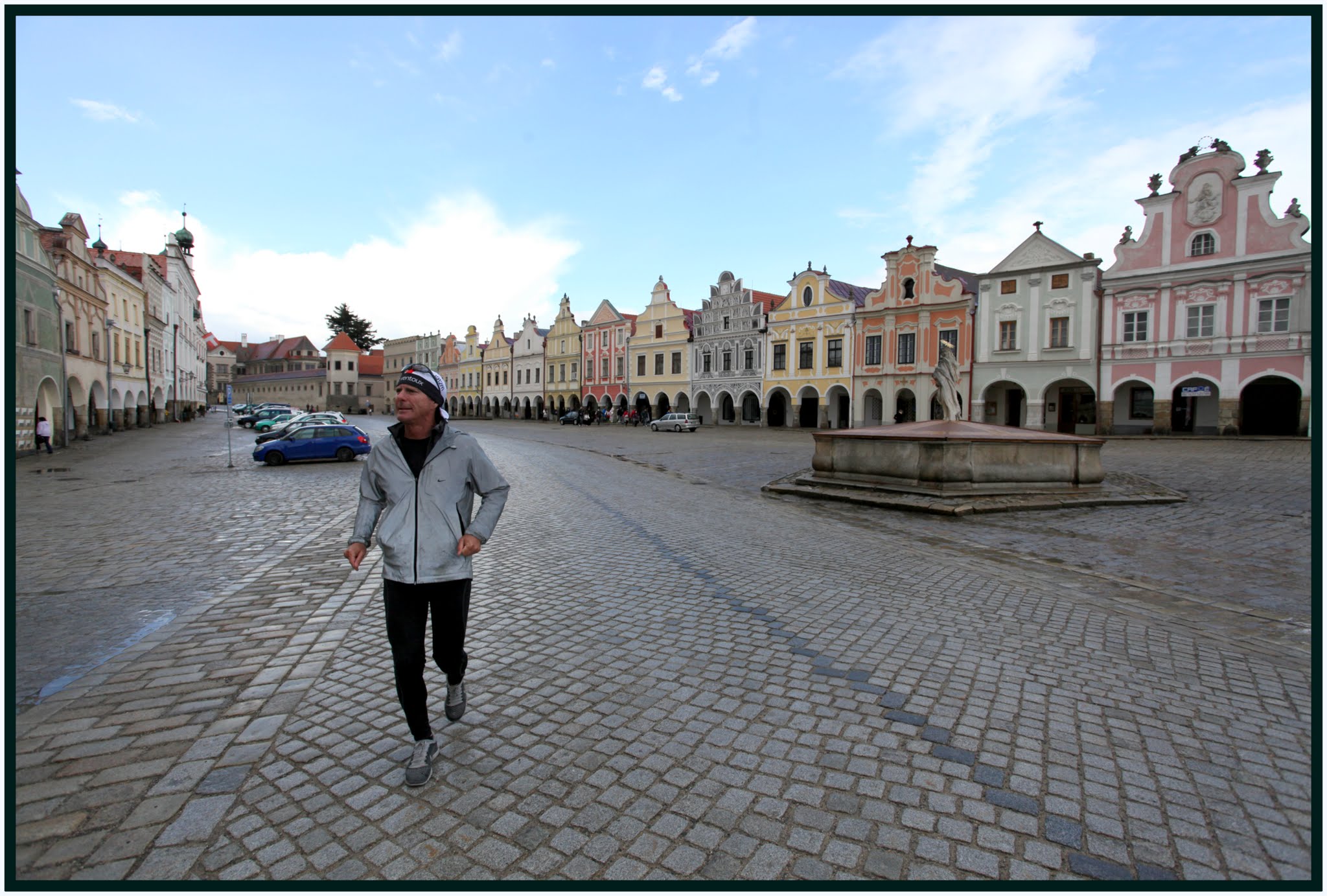 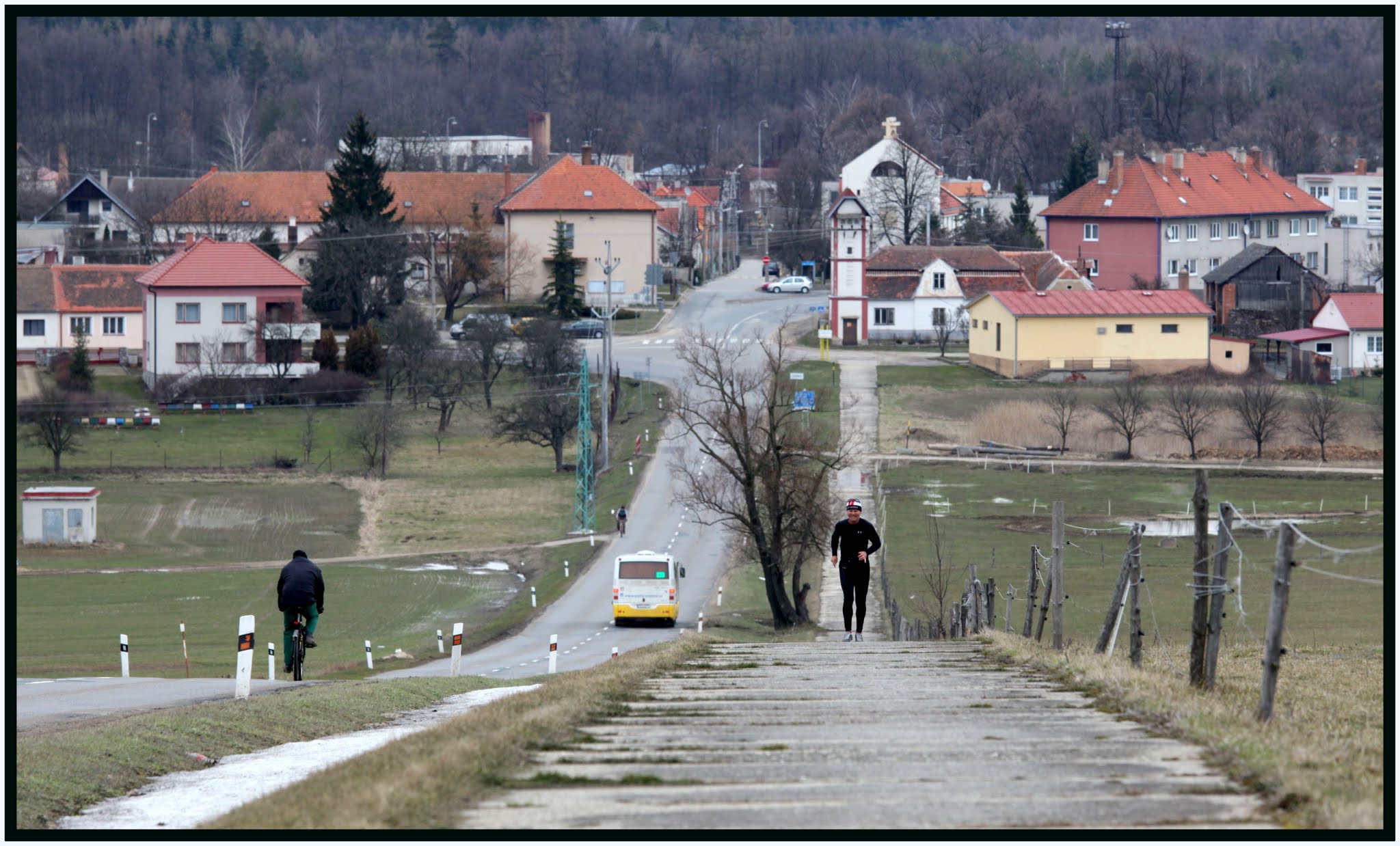