My running recovery continues at a solid rate, with my average pace now noticeably faster than it was a month or two ago. That said, I’m starting to feel a bit of fatigue from the past week, in which I ran relatively fast (3 km in 12:12) and long (125 km). I’ve also totalled at least 100 km in each and every week so far this year, so I’ve not any real rest.

And, as for approaching milestones, there’s only 17 days to go until I reach 5,000 consecutive days of running without a day off, and less than 500 km now until I reach 150,000 km logged since I first began recording my running back in early 1983.

Now, to memories from the run around the world – this photo was taken six years ago today in southern Colorado. The mountains are, of course, the Rockies, although they’re a  more specific part of the Rockies called the Sangre de Cristo Mountains. Thankfully, I didn’t have to run to the peaks. 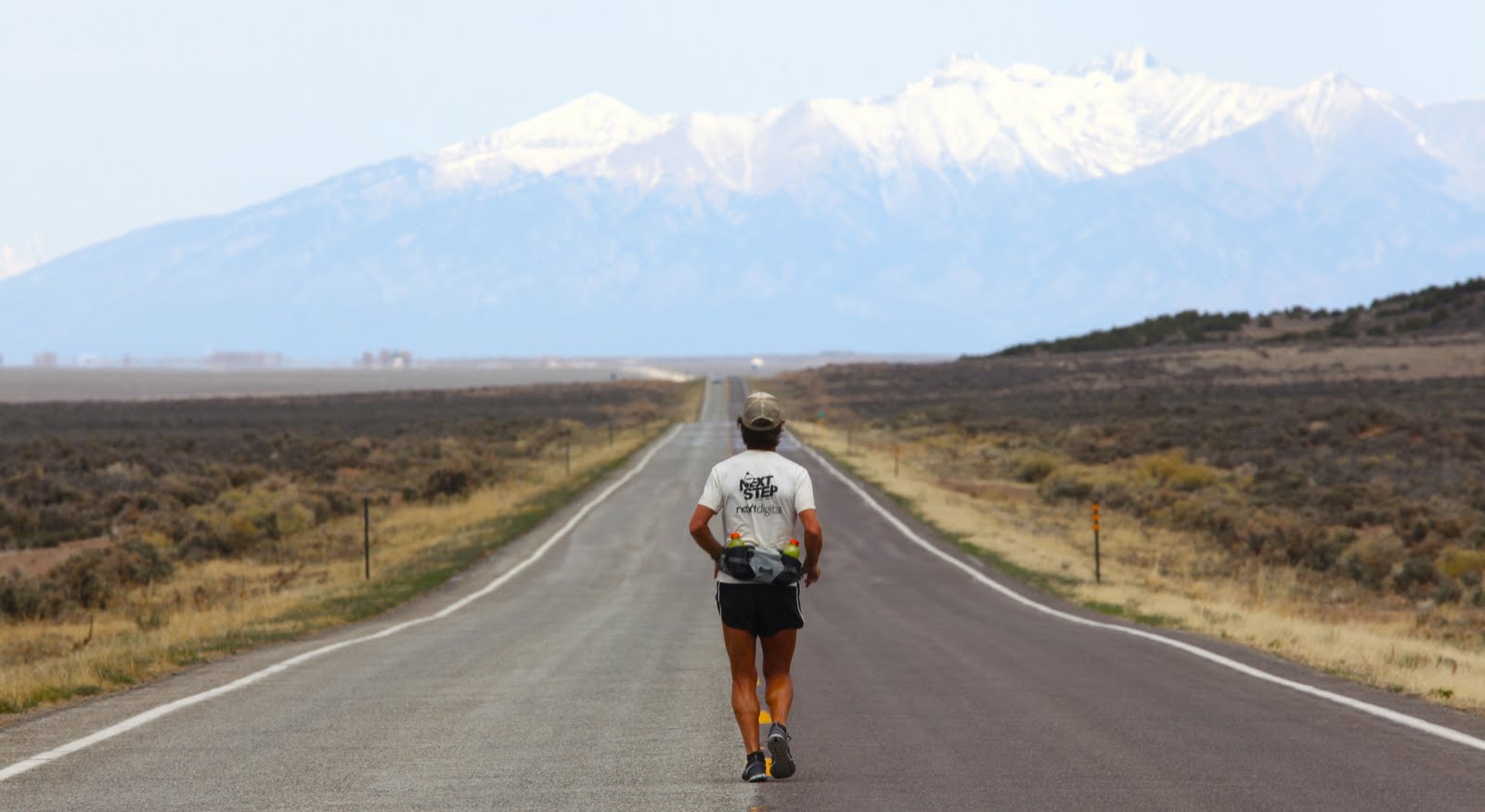