I did my longest run for many months this morning. However, I’m not sure it was the wisest thing to do. The strain above my left knee – which I now realise I suffered doing some bounding drills last Thursday – is still lurking in the background. I can run OK, but at the 20 km today it started to fatigue and I had to throw in some occasional walking.

There is one benefit, however. My right gluteus maximus, which had been weak from the pelvic issue, has not been doing its fair share of the work for months. Once the brain gets used to subconsciously favouring a certain muscle, it’s very hard to correct the problem. However, now that my left leg is sore, my brain is automatically making the right leg do a larger share of the work – that’s the way the brain reacts to pain. I can already feel it getting stronger, although it’s also getting a bit tight, so I need to be careful on that front too. Anyhow, I have a lot on during the rest of this week, so I’ll naturally be backing off the running a little. That should allow both legs enough time to rest and recover.

I took this photo the day before I descended out of the Rockies into Colorado Springs during my world run. It was a narrow shoulder on the road, made tighter by the guard rail preventing a dip in the mountain stream on the right. the reason for posting this particular photo is because it was taken exactly six years ago today. 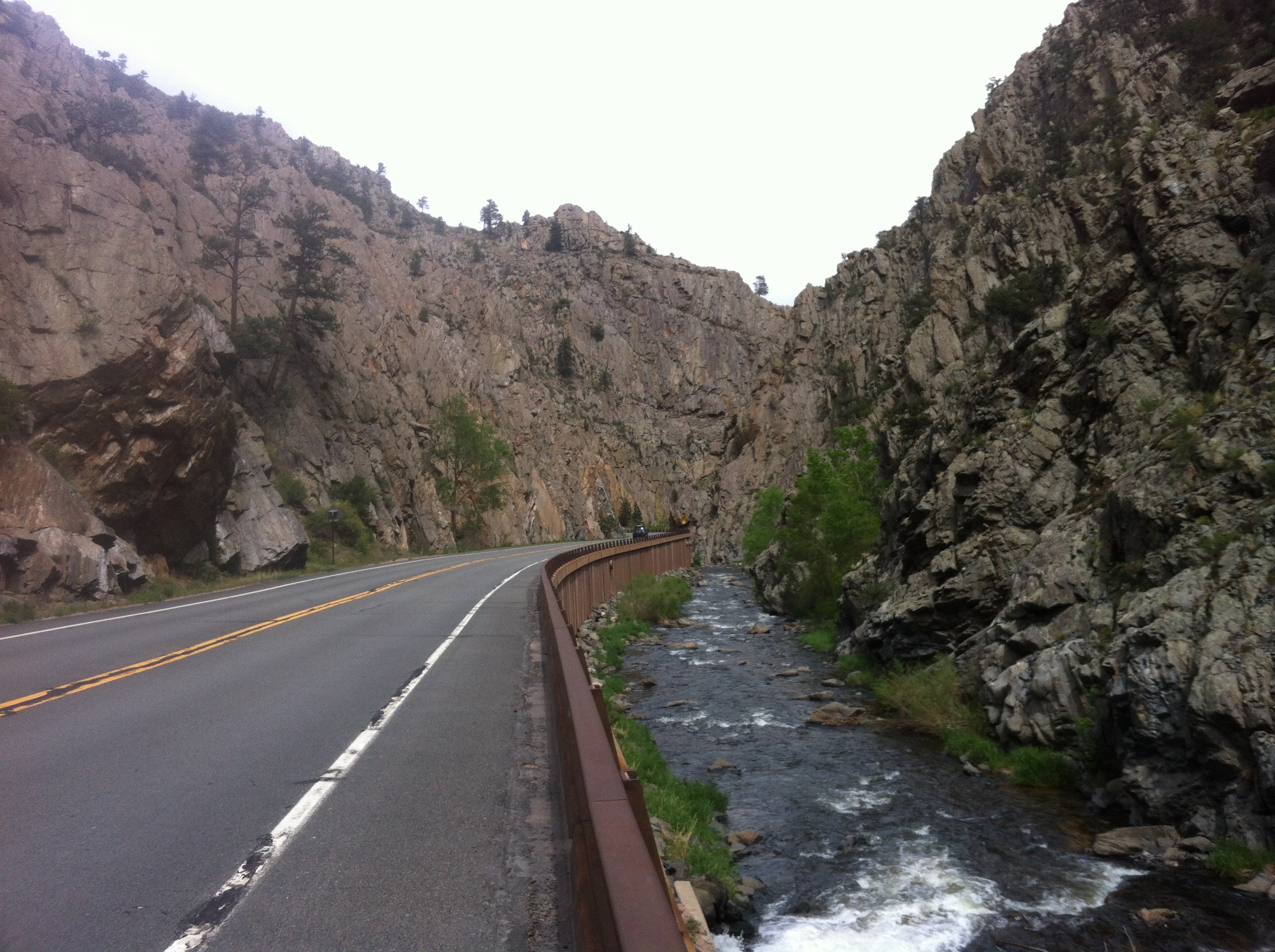