The world run offering today is from Serbia. After an extremely cold few months of running, it really got very hot by the time I reached Serbia. It was a nice change, though, and I wasn’t complaining.

As for the present, I continue to enjoy running in Karratha and, over the weekend, in Point Samson, near Roebourne. It has been even hotter than Serbia was, but a nice change from the regular rain we’ve had in Sydney the past few months.

It was a long day, fighting the traffic on narrow roads, but the continuing good weather helped. Right near the end of the day, I crossed the border from Hungary into Serbia. It was interesting, as I ran up to the window next to Carmel, who was driving. The border guards don’t get many people approaching their windows on foot.

More lovely Serbian countryside today. The skies were again cloudless, and the terrain was flat. Once again, the countryside, with its yellow canola and bright green fields, reminded me uncannily of riding the Tour de Bois. I think it’s the smell of spring in the air too – it’s exactly the same time of year as the Tour.

It reached 30C this afternoon, but I appear to be handling the heat very well. I guess it’s because the humidity is still low. This will not be the case in a month, when I’m running in South-East Asia. Yes, it’s that soon!!!

If things really do come in threes, then today was all about three 20s. I reached 20,000 km, I passed 20 degrees east of the Greenwich Meridian, and the mighty South Sydney Rabbitohs scored 20 points in their thumping NRL win over arch-rivals, Manly.

I felt much better today, setting out, yet again, under cloudless skies and amid forecasts of temps in the 30s. The road early on was shoulderless, but the afternoon roads were a lot better. As I traversed the city of Novi Sad, I reached the huge milestone of 20,000 km. I vividly recall reaching 10,000 km in Missouri, with Hannah as part of the support team at the time. Now I’ve doubled that.

We have again struck amazing Serbian friendliness. Carmel was given, not one, but two free coffees this morning, first by the barista, Dino, then by his customer friend, Bato. She says they could not have been more friendly. Then this afternoon, while I was stopped for a drink at the car, a man came up and gave us a stainless steel bottle opener key ring, with the Serbian crest on it. He simply said “From Serbia”. He just wanted to give us a gift from his country. Amazing!!!

During the afternoon I struck my first decent hill in more than a week. When I reached the top and looked down the other side, I was met with one of the best rural views I’ve seen for a long time. On the vast Danube alluvial plain, the crops just went on and on. Wheat fields of the deepest green, interspersed with canola of an equally brilliant yellow, and brown fields of newly plowed earth, ready for sowing.

A good day was topped off when I received the news of Souths 20-12 win over Manly. The Rabbitohs are now firmly ensconced in second position on the ladder.

Tomorrow we are due to meet up with a crew from Channel 9 in Australia, who will do some filming of my run. Stay tuned for more on this development. 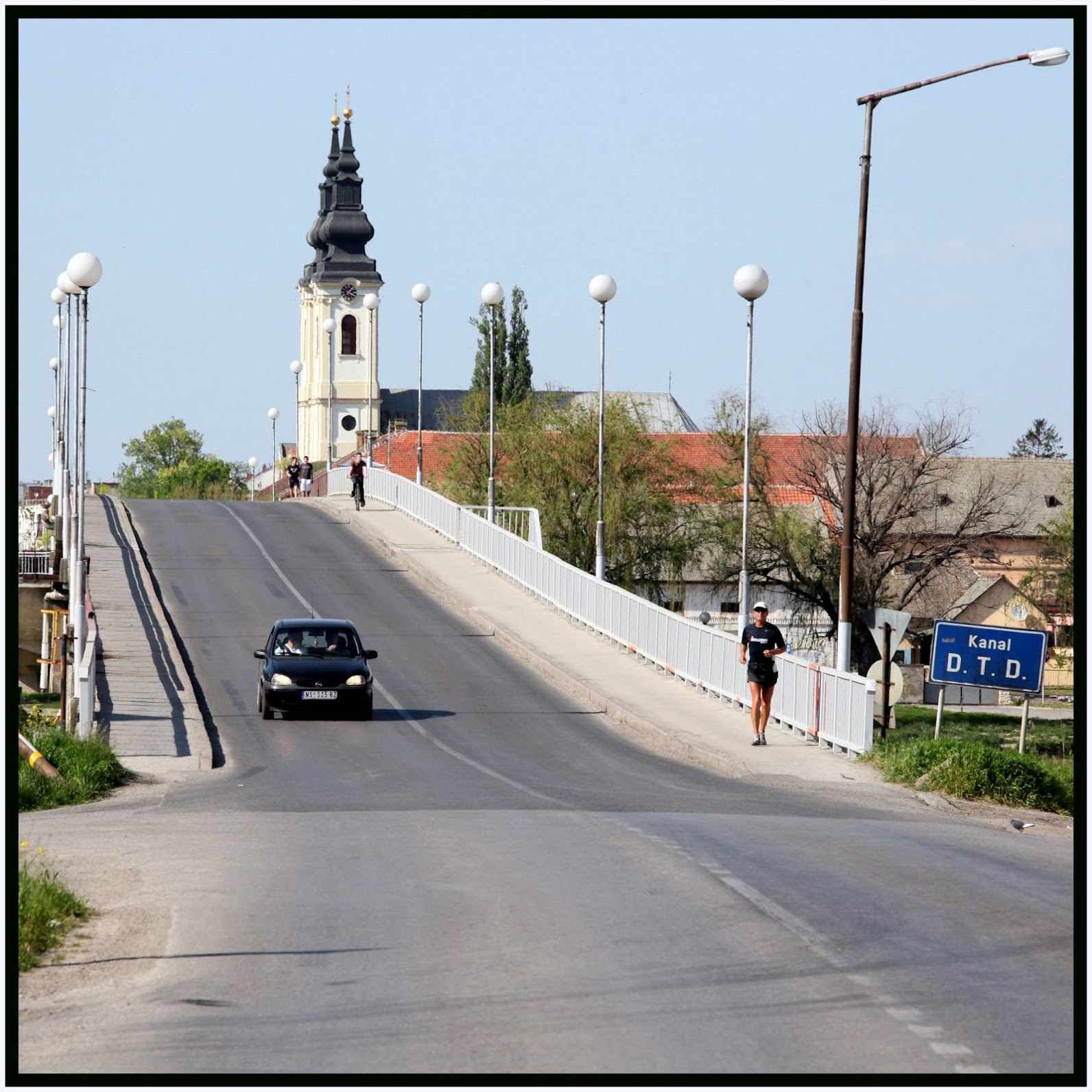 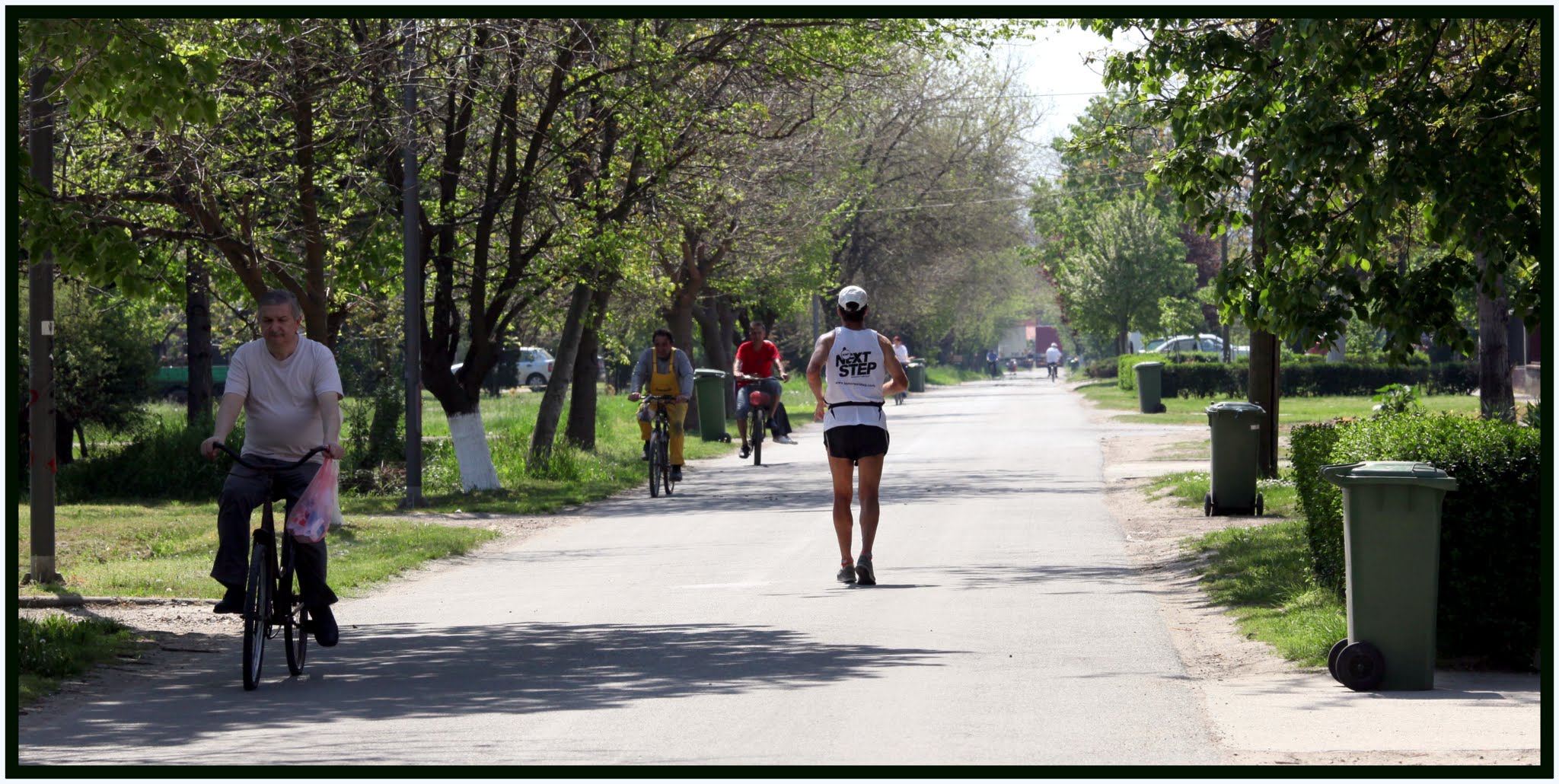 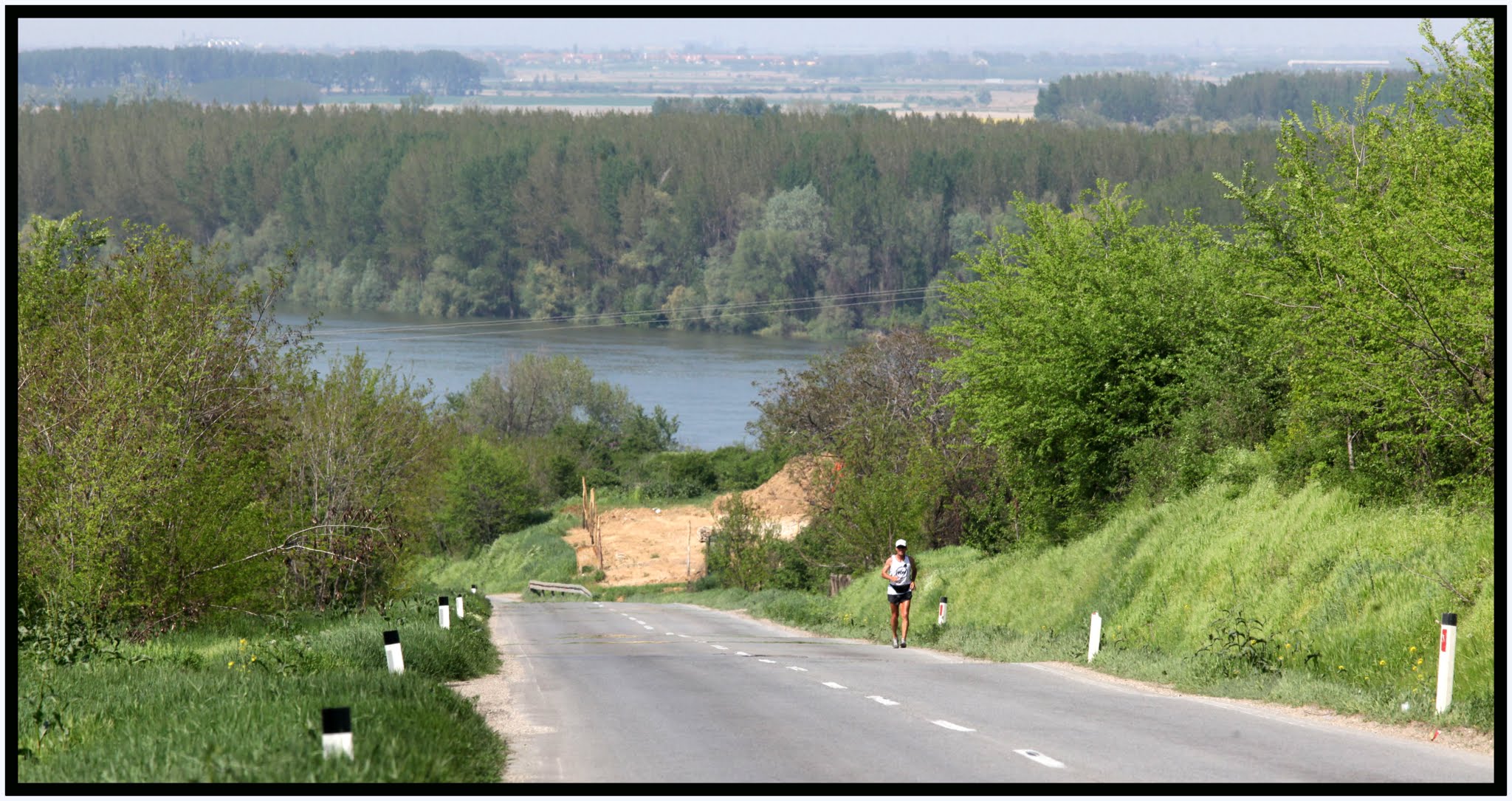 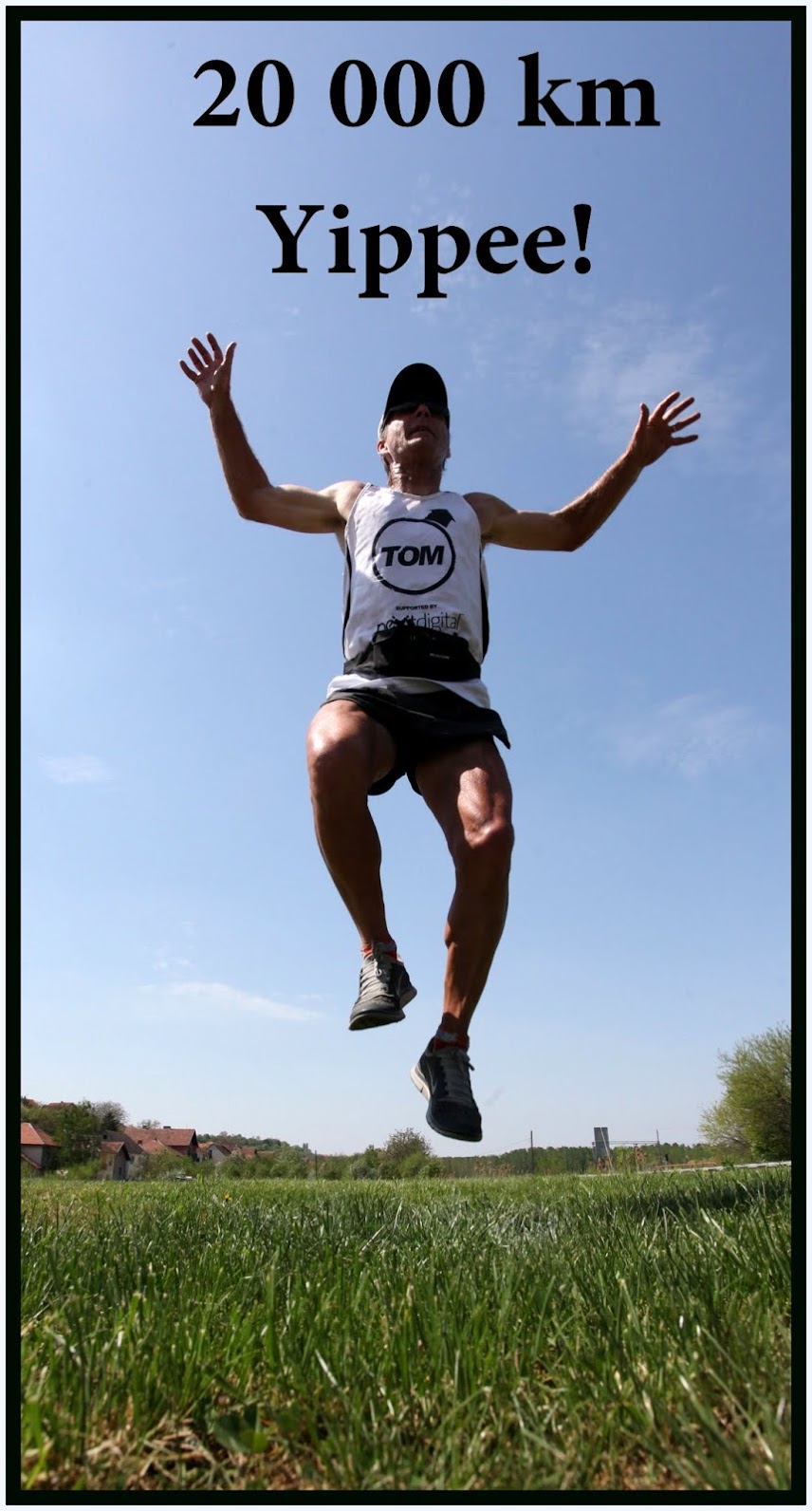