Today’s world run nostalgia begins with a video I filmed as I approached the Colorado town of Boulder. It was April 30 in 2012 and it was a warm day wit cloudless skies. I happened to visit Boulder again two years ago, and I was there on the same date. However, on that occasion it was snowing. That’s a very variable climate.

The latter part of the morning was a steady climb of 500 metres, much of it through a lovely forest. At the top of the climb I exited the forest into an exposed area, only to realise there was a gale blowing (the forest had totally protected me from the wind).

As the day heated up (and I discarded my jacket – picked up by the support crew), so did the traffic. As I approached Denver, the country roads I was on gave way to suburban roads, and that’s never a particularly pleasant environment to run in. Perhaps it was the less stimulating surroundings, but I certainly did it a lot tougher this afternoon than I did during the morning.

Before I begin, I’d like to thank Peter Evans once again for the wonderful hospitality that he and his daughter, Vicki, showed us last night and this morning. It was very much appreciated.

I wasn’t really looking forward to running today. Denver is a nice city, but it has lots of suburbs, and I’ve been running through suburbia for the past 30 years (minus the last four months, of course). But if you’re going to run through suburbia, do it on a Sunday and do it in Denver.

It was actually a very pleasant run. The weather conditions were perfect and I found a cycle path along a small river in the centre of the city. I passed hundreds of cyclists, which is indicative of a good city. I even passed right by the Denver Broncos new stadium – very impressive.

The afternoon entailed a long section along West Colfax Avenue. This road reminded me a lot of Parramatta Road in Sydney, heading west out of the city towards the mountains, and replete with numerous used car yards and fast food outlets.

It’s always good to be surprised by having a nice run when you think it is going to be a hard day to get through. The only downside is that you then start to think all days can be like that, which is wishful thinking.

As was the case about ten days ago, the Garmin data will not upload to the link. I’m not sure if I’m doing something wrong, or if it is some bug in the computer. The data is sitting there (as it is with the previous case), but simply won’t upload. Hopefully one day someone can get it sorted out for me and eventually upload this data, for completion’s sake.

A relatively short day – a little over a standard marathon, which just happened to be distance between towns – saw me in a little earlier than normal.

I am now in Boulder, which is a town with quite a bit of history. Boulder has been the temporary home for a quite a few great athletes seeking a pleasant location to embark upon altitude training, including Rob de Castella in the 80s. It’s also the setting of the TV sitcom Mork and Mindy, as well as being a favourite town of many people, including Lamar North.

It really lives up to what I’d heard about the place, and even has lots of houses in the style of Mindy’s. There are also heaps of cyclists, although I didn’t see too many other runners. All in all, though, it’s great to see so many people getting around under their own steam. That’s the sign of a city that’s already living in the future.

Boulder is also the home of the US National Renewable Energy Lab (NREL). As those who are familiar with me know, I have been involved in renewable energy technology development for the past couple of decades. Tonight I’ll be catching up with a friend or two from NREL, who I’ve gotten to know over the past few years.

Today was a milestone day – I passed the 5,800 km mark, which means I have now reached 20% of my journey around the world, and within four months too. Wow, it’ll be over before I know it. 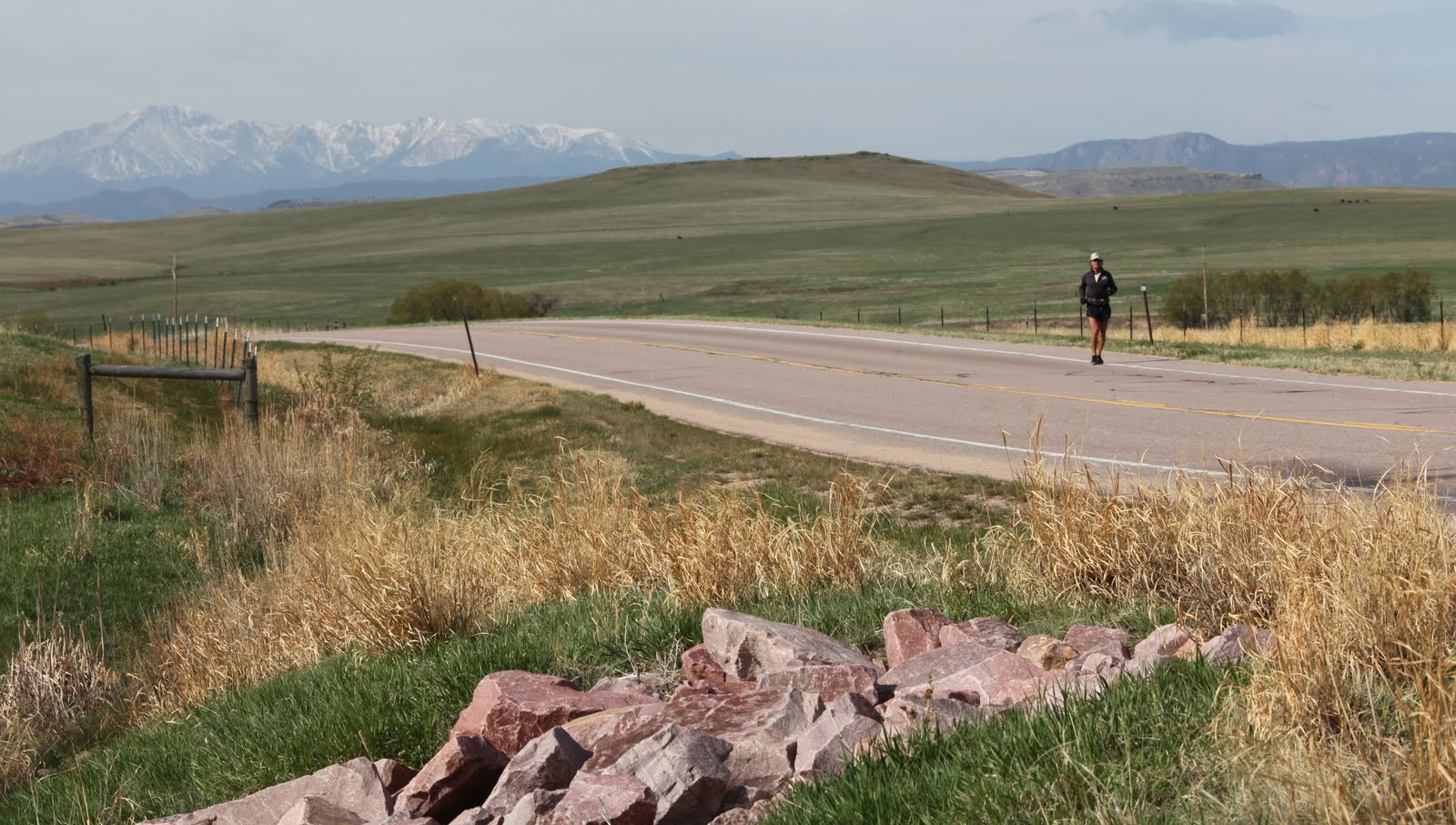 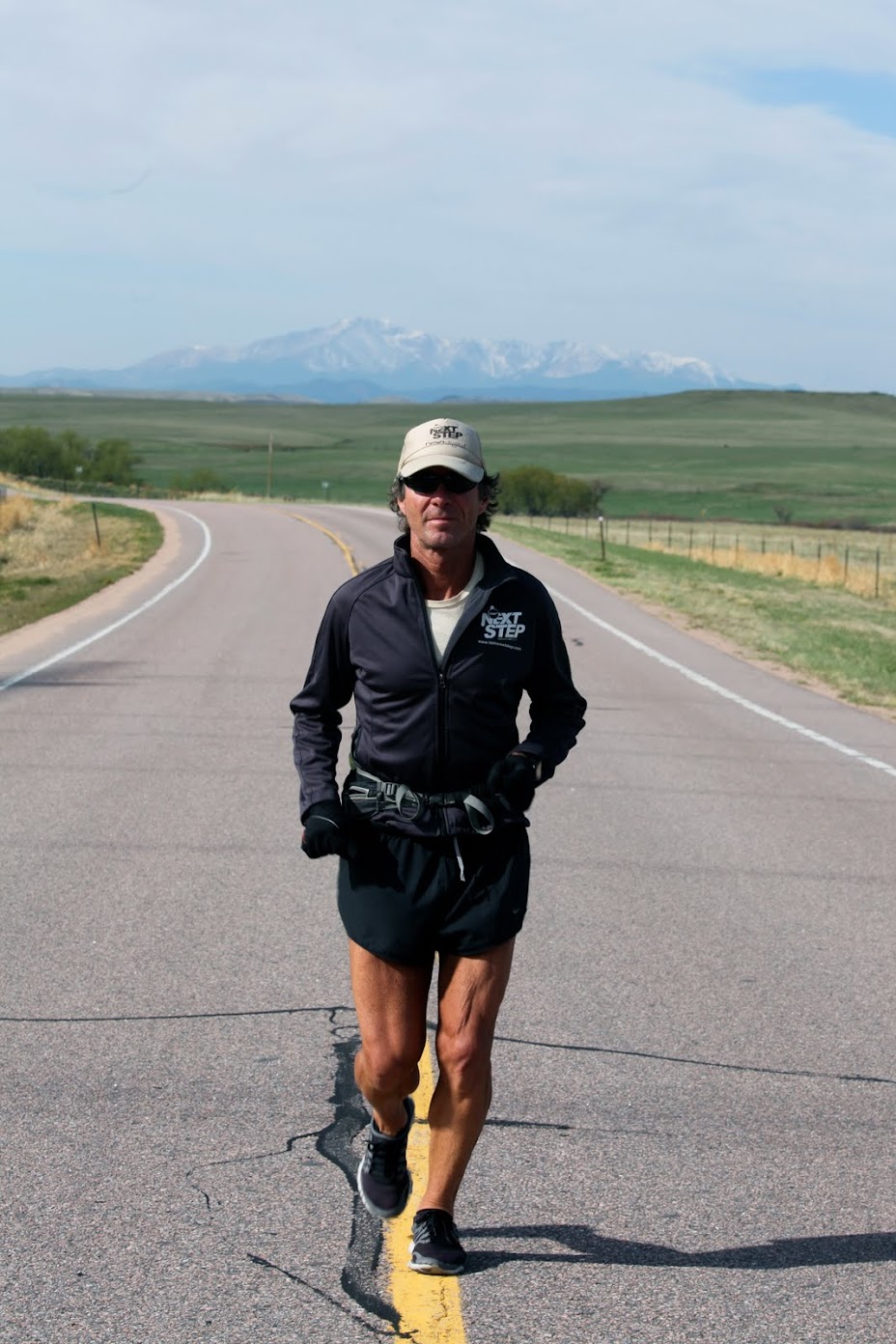 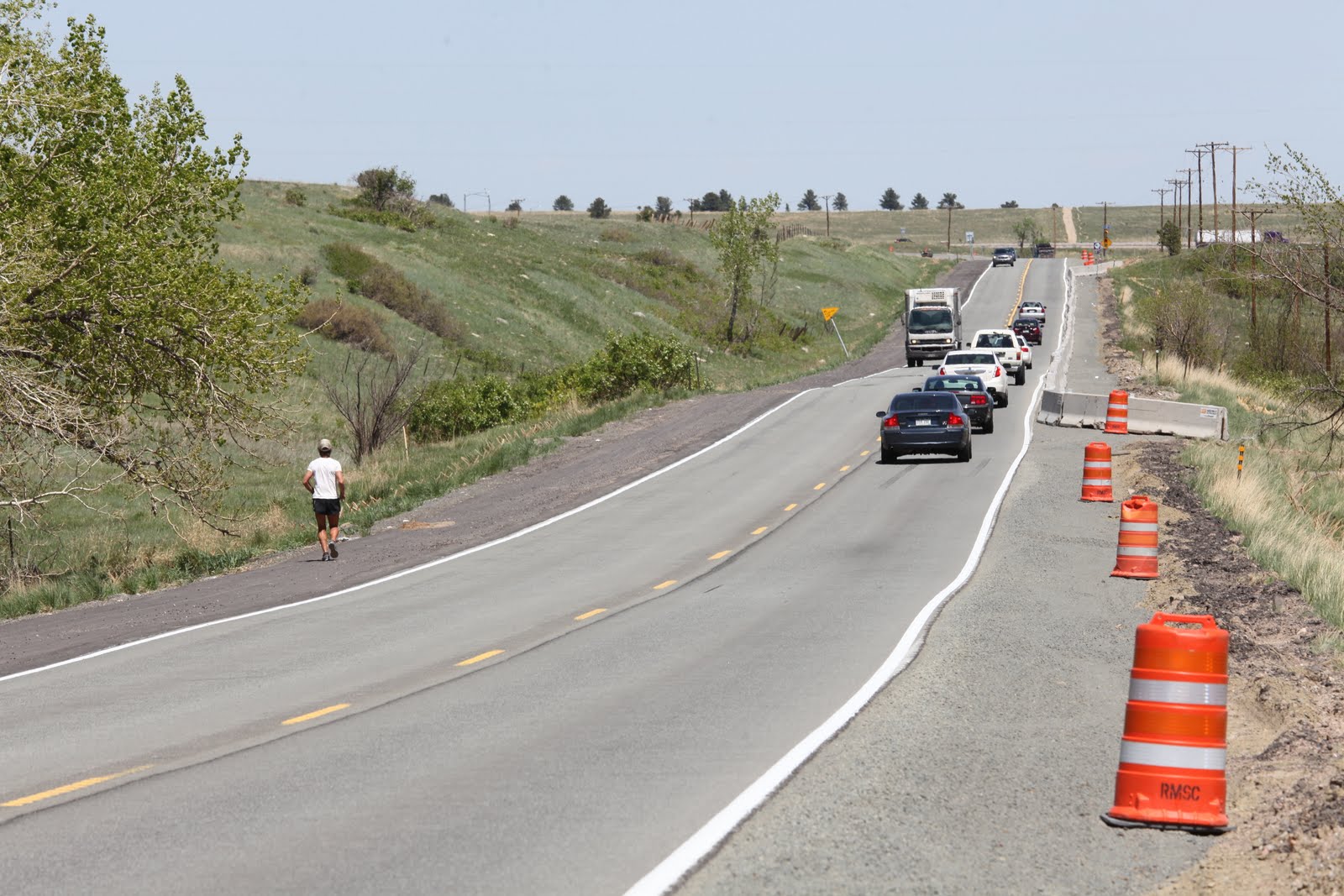