As many are aware, it will be 18 years in August since I had a day off from running. I believe this consistency played a large part in my ability to run around the world without injury.

However, for the past several years I’ve had a split in the tendon where the Achilles attaches to the lower right heel. I’ve tried all sorts of exercises and physio, and these have helped, though haven’t cured the issue. I was actually told by one physio that it would never heal on its own – that it can only ever be managed.

It’s best managed with a reasonable amount of mileage at moderate speed. If I run too fast (i.e. sprints) it gets worse. If I do too little, it also gets worse. However, even at its best, it’s still a problem that I’d like to have fixed.

I feel it’s now time to look into more serious treatments. This may involve the most drastic of all treatments – surgery. I’m still a fair way off taking this action, but it’s a possibility. If so, it would mean breaking my unbroken string of running, but I’m happy to do that if it means clearing up this issue once and for all. However, it will be  while before I make that decision.

On other matters, the world run history for today is from the time when I crossed from Germany into the Czech Republic. Although early April, it was still below zero at the time.

It was a bit of a tough day, for a couple of reasons. Firstly, there was so much stop-start, due to a lot of minor roads and trails I was running on. When cycling paths parallel the roads for long distances, it’s very easy, but today entailed lots of turns and changes in direction. There were a myriad of possibilities to head the wrong way. I had to constantly stop to check where I was and where I was going, where Carmel was and how she could reach me, and where there might be accommodation and what that meant in terms of where I needed to finish my day. I found I just couldn’t get into a rhythm.

The early part of the day was pleasant enough. I was running along a trail next to the Donau River. I even gave my friend, Richard, a call via Skype on my phone – we had a chat from Bad Abbach in Germany to Gerringong in Australia.

Soon after, I caught up with Carmel. She had just been to the supermarket and had bought a new supply of bottled water for me – there are no taps along the road. That brings me to the second reason the day was tough. The problem was there were no markings on the bottles to indicate they were soda water. Soda water, with its high sodium content, is one of the worst things you can drink for endurance and stamina, especially if you’re on the road for hours at a time. But I decided I’d ignore this fact, and drank a reasonable quantity anyway. It didn’t take long for me to start feeling way below my best, struggling for many kilometres. Carmel found another supermarket and bought some pure water. When I met her next, I drank nearly two litres of this. Within half an hour, I was starting to feel much better.

On the flip side to the day, I’m enjoying some very pretty countryside in this region, and I’m looking forward to the next few days, as I make my way toward and into the Czech Republic.

Carmel’s wrist is benefiting greatly from the time away from the post-photo processing on the computer, so we’ve decided to give it another day of rest, hence, no photos today.

We had a great meal last night in the town of Ramspau. I had a steak that was as good as any I’ve had anywhere. I don’t eat much red meat at home, but find I need it more regularly on this run. Carmel’s schnitzel was equally as tasty.

The lovely woman who served us was the spitting image of the Australian Governor-General, Quentin Bryce. They looked so much alike, that when we showed her some photos of Quentin Bryce from Google, she gasped in amazement – it was like looking at herself in a mirror. It was appropriate that this happened in the country that gave us the word ‘doppelganger’.

If I didn’t know better, I’d have thought that today was the on-set of winter, with the previous few weeks representing autumn. It was bitterly cold, with the wind chill making it even worse. If there had been any precipitation, it definitely would have been in the form of snow.

Despite this, though, I had a good day, with a lot of running on cycle paths, including one section on an old rail trail through a pine forest. Earlier, I was on a quiet road that had one of the steepest sections of the world run so far – there was a 750 metre section with a gradient averaging 17% (according to a road sign), but I estimate one part was as much as 30%.

I’m enjoying having Skype on my phone, and I gave my old mate, Klitty, a call today. I expect to see him on the road during my Australian leg in a few months.

It was a very hilly day, with the biggest hill of all saved for the last 7 km. My feet didn’t appreciate the long downhill to finish, in the unusually named town of Oberviechtach.

Carmel struggled again to find accommodation, with some conference on nearby. She was eventually successful with the sixth hotel she tried – poor thing!!!

Another very hilly day, and one in which I reached the 11th country of my world run – the Czech Republic, land of Emil Zatopek, one of the world’s greatest ever long distance runners.

And, believe it or not, there was a slight snow fall this morning as I set off. And it’s April!!! It was very cold, with my Garmin again registering sub-zero temperatures while I was carrying it.

The first part of the day was on very quiet roads, with the middle bit on an old rail trail through a pine forest. All the ponds were frozen over. I decided to test how thick the ice was, so I found a big rock and threw it as hard as I could on to a large pool of frozen water. The rock bounced off, merely chipping the ice. I reckon I could have safely walked on that water.

I have also found something quite unusual. When I go in to a shop and buy a drink, it’s actually warmer than the air, despite coming out of the fridge. It feels like I’m drinking a warm drink, because it’s at the 4C temperature that fridges are normally kept at, which is higher than the temperature I’m running in. Amazingly, the fridges are acting as heaters.

Early in the afternoon I crossed from Germany into the Czech Republic. There were billboards everywhere for casinos just down the road. They must cater to Germans who cross the border to gamble. Unfortunately, after knowing a little Spanish, Portuguese, French, and German, I’ve now reached the difficult stage, as I know absolutely no Czech, Slovakian, Hungarian, Romanian, Bulgarian, or Turkish. The next six weeks will be interesting.

I finally reached my finish for the day in Tachov, where Carmel had had enormous difficulties securing new Czech SIM cards. She finally got it sorted, just as I arrived. We then struggled a little with accommodation, before finding a very nice pension, with a very friendly proprietor. She was most helpful, and her son asked me for my autograph.

One disappointing thing – today my total distance covered in kilometres finally passed the Oxfam donations in dollars. The dollars had always been ahead of the kilometres, but this is now not the case. I hope it’s temporary, so please donate if you can, to help my ratio go above $1 per km. 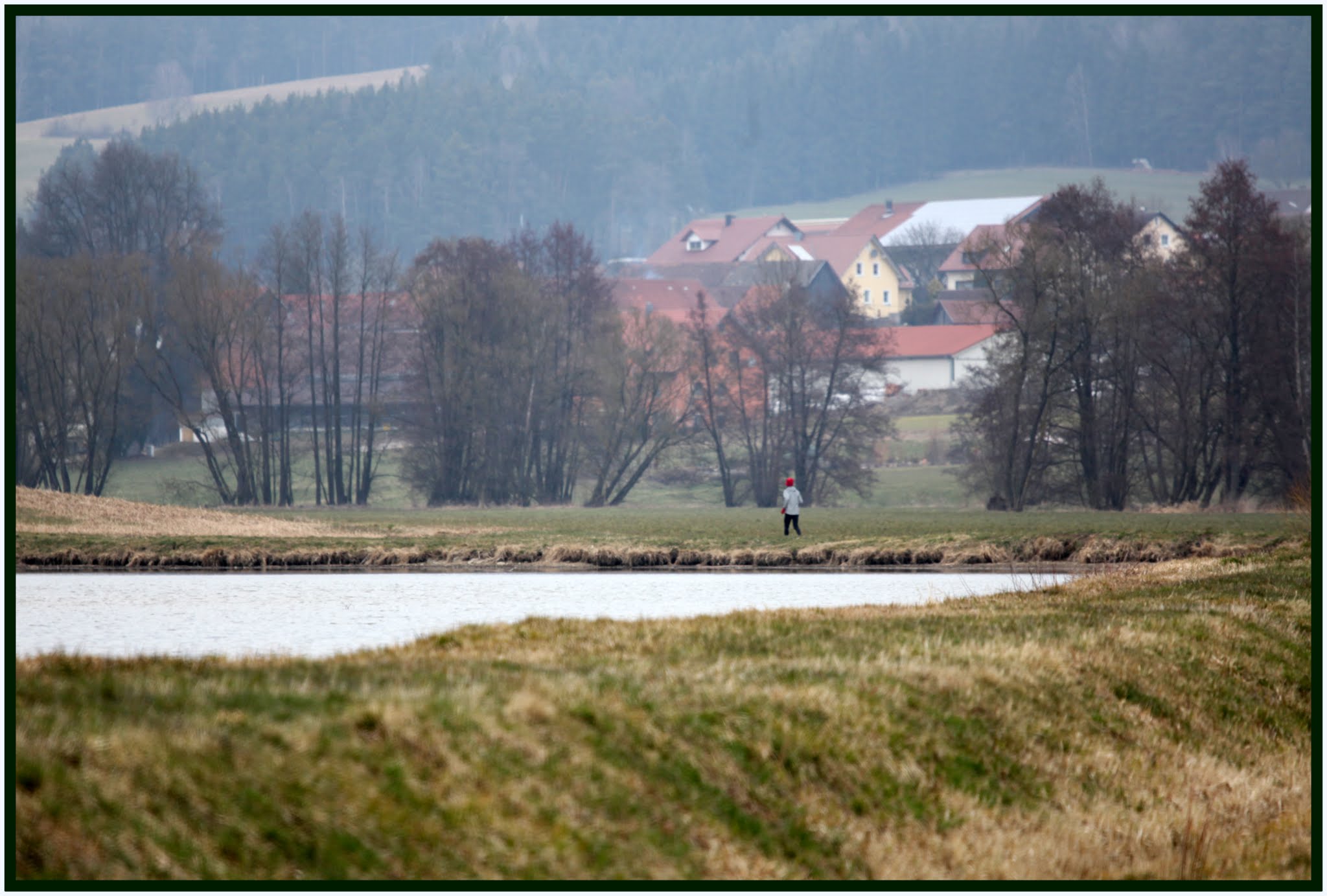 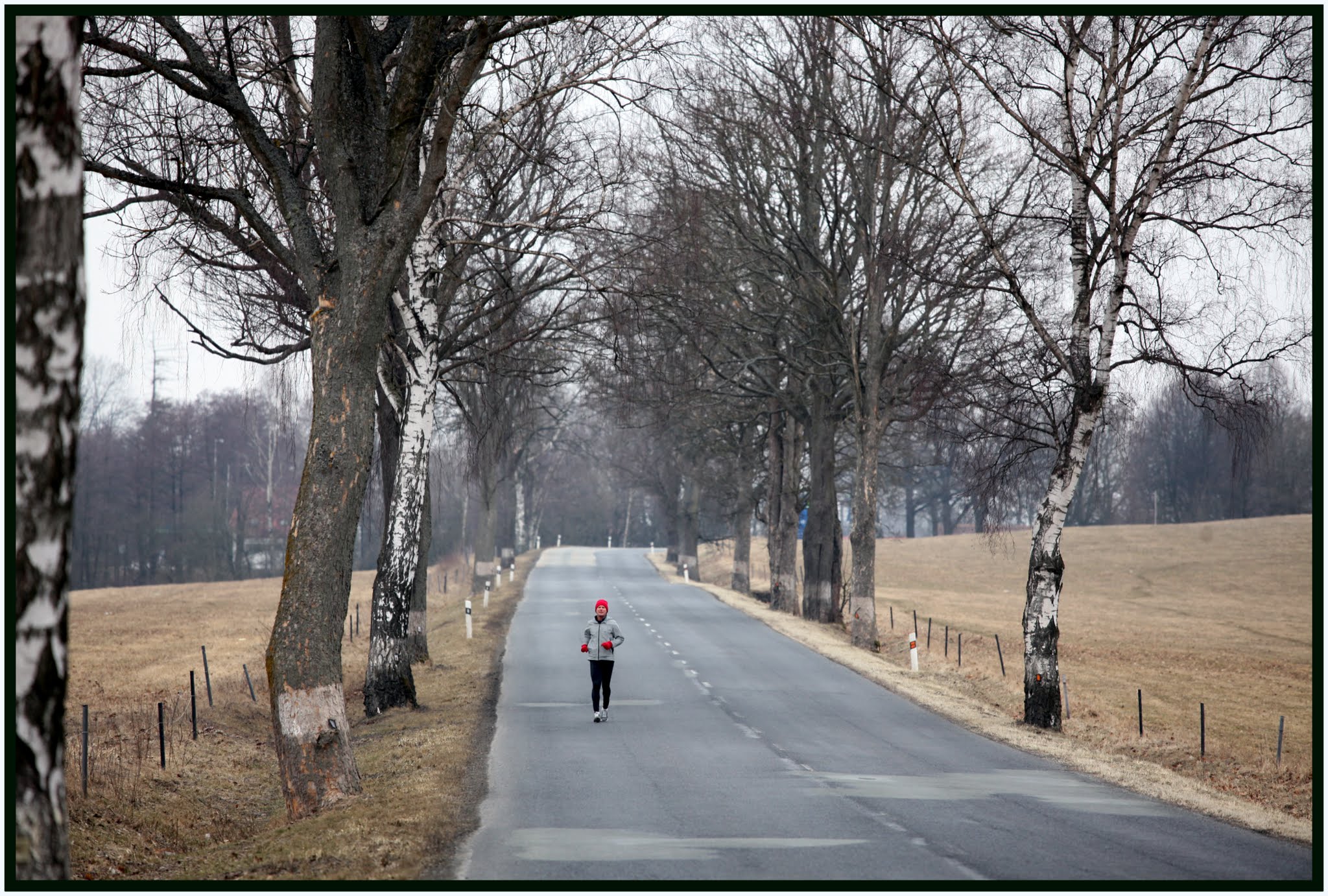 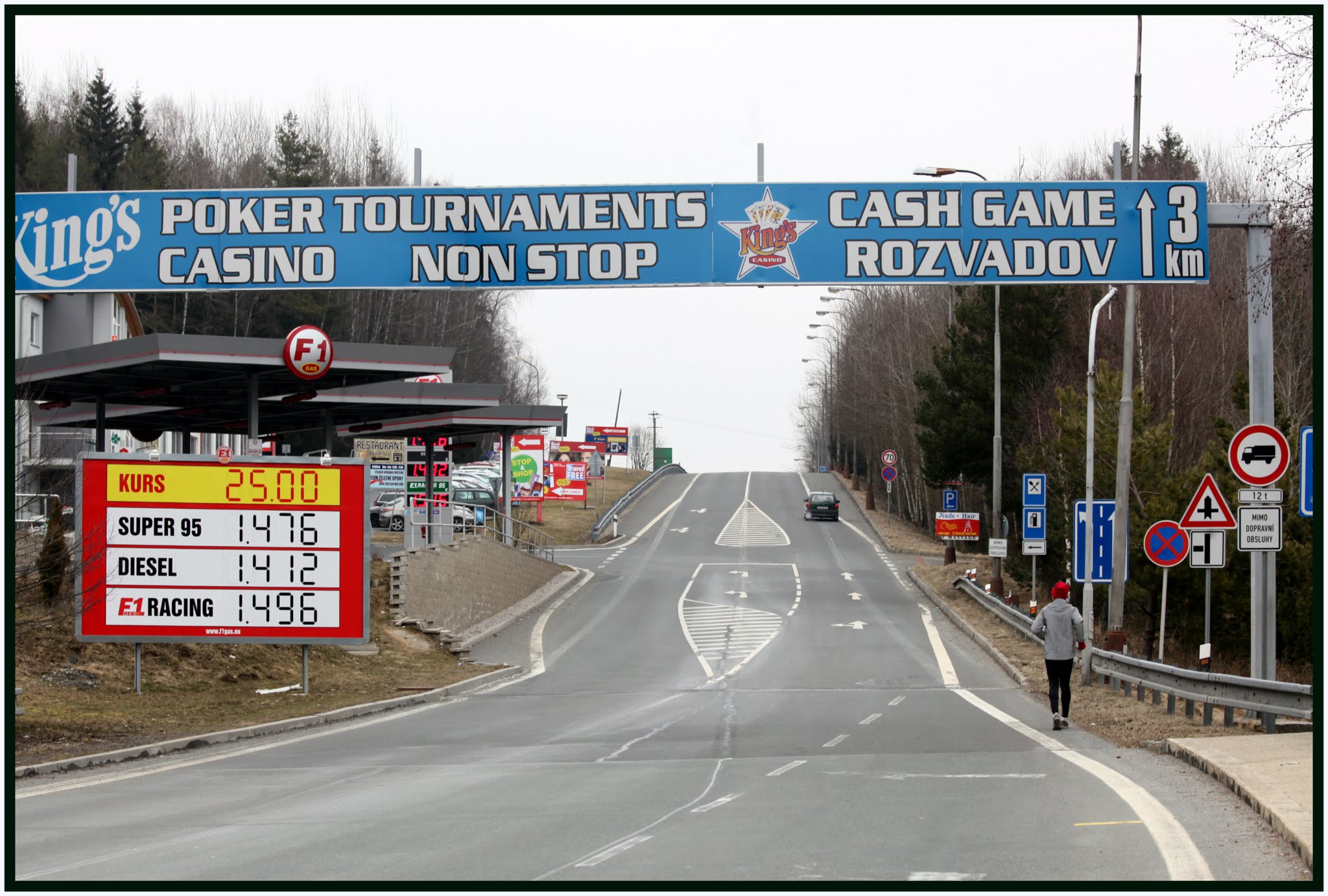 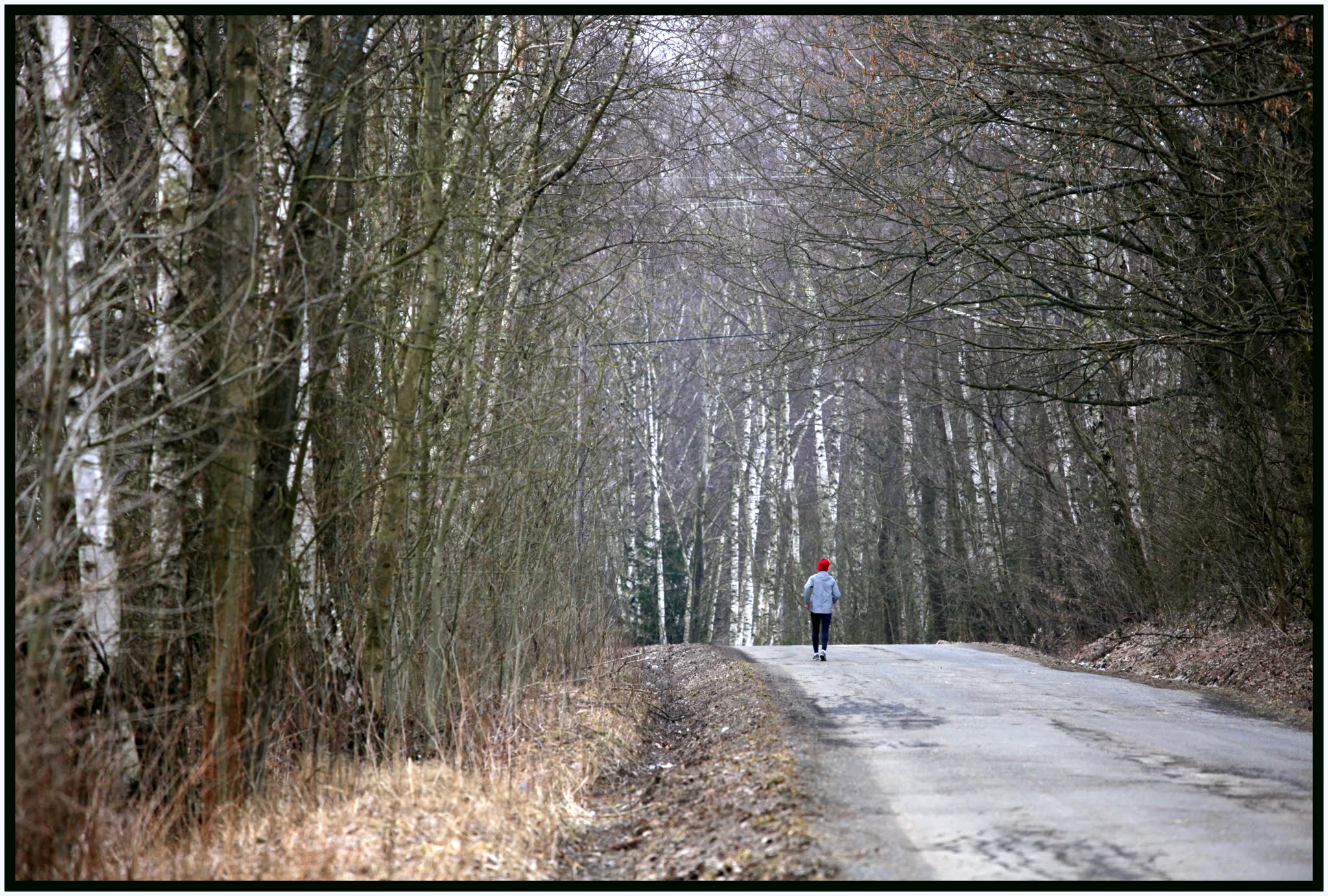