Today’s world run offering is from my first foray in the Colorado Rockies. I only touched on the mountains on this first occasion, before experiencing them in more detail a few weeks later. The videos are rom consecutive days – the first over the mountains, and the second when I passed an emu farm just before the New Mexico state line.

I managed to cover a big 63 km, but it was the climbing and altitude that added the spice to the achievement. Both the ascent (1,524 metres of uphill) and the maximum elevation of 2,566 metres, were records so far for my run around the world. I actually got within 80 metres of the elevation of the Col du Galibier in France, the third highest pass in Europe, and one of the toughest climbs in the Tour de France.

All this was done in reasonable weather conditions …… until late in the day (although it did snow quite heavily at one stage during the ascent). About 5 pm it started snowing heavily again, but this time it got really cold. The snow persisted for so long that I ended up totally soaked, and that’s when things get nasty. The combination of being soaked when the temperature is below zero results in rapid hypothermia. It’s amazing how, when your fingers get that cold, there’s not a thing you can use them for – they lose all strength and are completely useless. Even putting gloves on requires a Herculean effort.

But it all ended well, with a nice hot bath (see photos), and a lovely dinner cooked by Libby.

All in all, it was a nice, if uneventful, day. I felt surprisingly good after yesterday’s big run. I’ve now covered more than 120 km in the past two days.

Thankfully, this stretch of road, on the way to Albuquerque, is my last such venture into remoteness, possibly until the Nullarbor (although there might be something similar on the Argentinian pampas).

The tracker was working early today, but it has not registered the last 10 km or so. I am actually further down the road than it shows. I suspect I may not have an more tracker updates for a couple of days now. 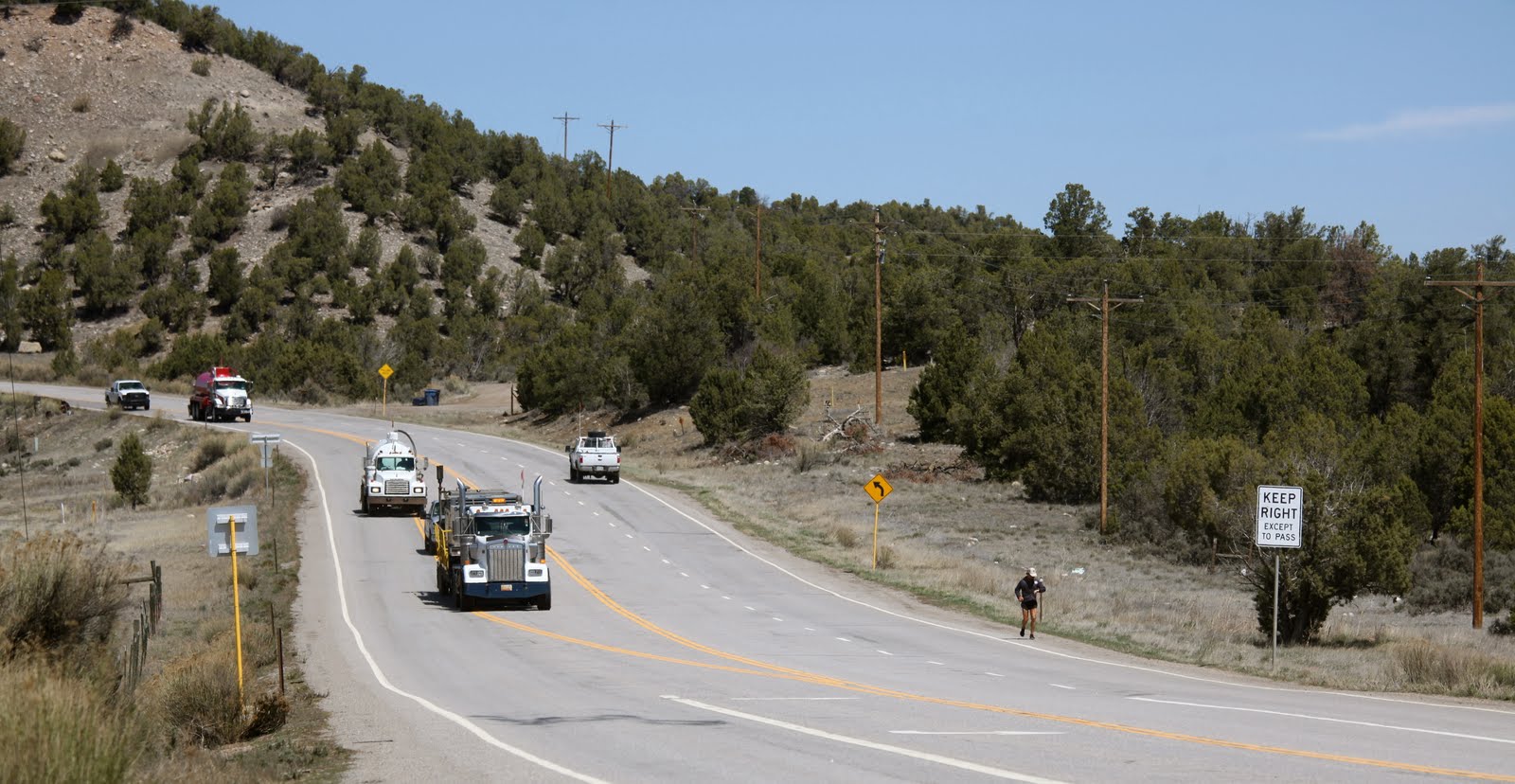