I made a comment last week that running in the remote north west of Australia made me feel like doing another world run. It was just a flippant comment, but I got several serious suggestions that I should actually run around the world again. One day I might, but I have no immediate plans. I have too much I want to achieve in the meantime that’s not related to running. But, whether it’s a world run, a run around Australia, or something a little shorter, I’m sure I’ll be back on the road within a few years.

I intend to do another time trial on Monday. It will likely be 3 km again. Three weeks ago I managed a 12:53, so let’s see if I can improve upon that time.

Here’s another photo from the Czech Republic. This was taken five years ago today as I ran from Zebrak to Prague. It was still very cold at the time, but within two weeks the temps had warmed up significantly. 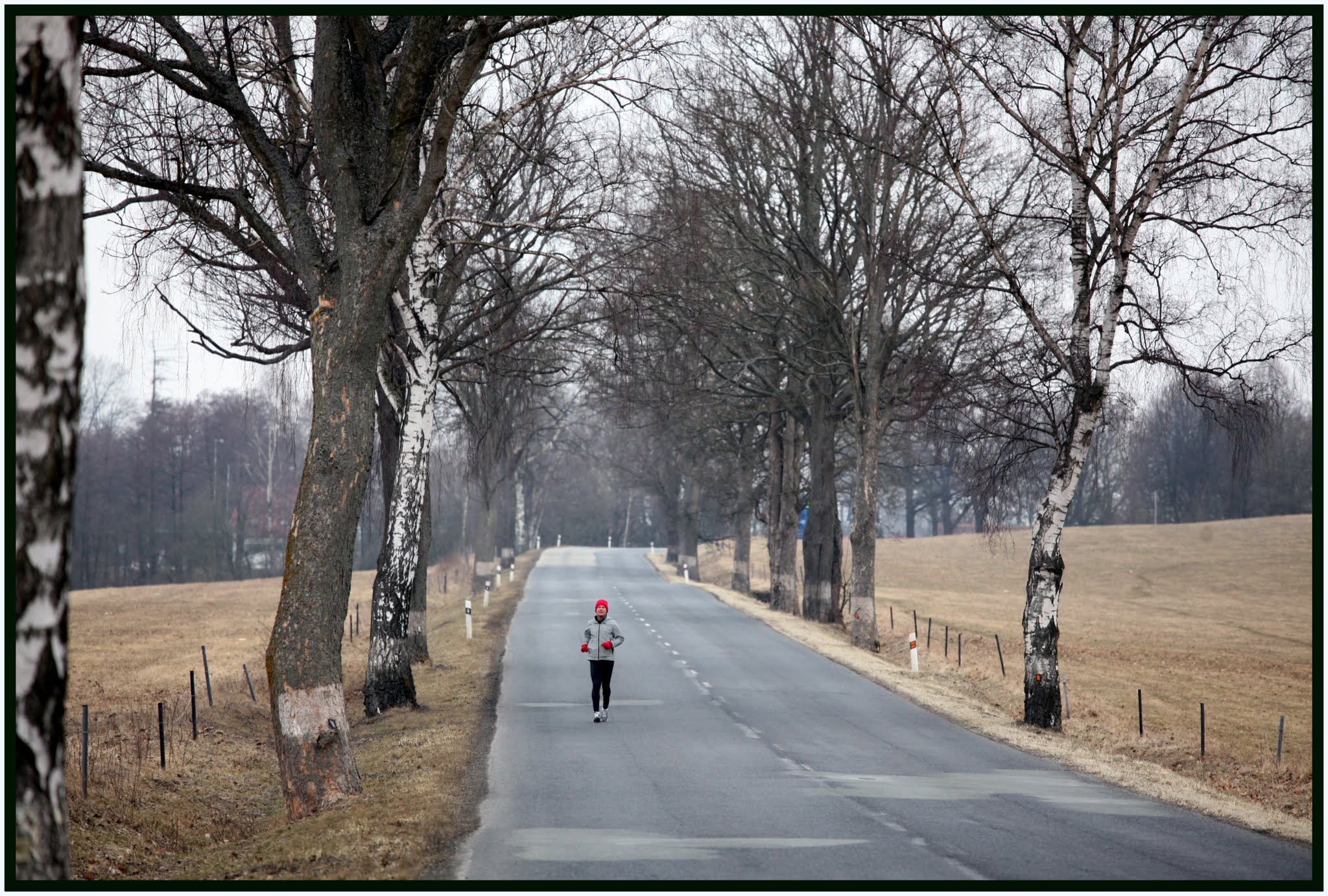