The world run offering for today is from the Czech Republic. As usual, it’s from this precise time of year, back in 2013.

The video taken in the town of Kladruby was bizarre. I don’t know what the music and announcements were about. The city of Plzen was very nice, and the photo of me at the front of a crowd looking upwards was taken in Prague. We were all looking at the famous old clock in the town square. Anyone who has been to Prague probably knows what I’m talking about.

Each day I wake up, hoping to see the sun. Each day I’m disappointed. Surely it must happen eventually, I tell myself. Maybe tomorrow?

At least it was a little warmer today – a balmy 3C. I was even able to run without gloves during the afternoon. I believe it will continue to warm up, and may even crack double figures soon.

Early on I passed through the city of Plzen. As mentioned yesterday, this is the birth place of pilsener (pilsner) beer. I tried a local beer last night, and it really was delicious – honestly, better than beer I’ve tasted anywhere else. I was surprised it was so nice. Even Carmel liked it.

The city itself is very well preserved in the centre part. The buildings seem to have been done up and renovated, with a focus on colour. In fact, one thing I’ve noticed about Czech buildings is the range of bright colours, some with unusual patterns and styles. Even the old Communist era apartment blocks have been creatively coloured. In the parlance of a bygone era, they might have been described as “gaily painted buildings”. It definitely lifts the spirits, especially when the sky seems to be grey all the time.

I finished with a good distance of over 54 km, and am now only a day out of Prague. I’m looking forward to seeing this historic city.

Thanks to all those who have answered the call, and donated to Oxfam in the past couple of days. The dollar total is now, once again, higher than the kilometres.

I awoke this morning to grey skies again – no surprise there. But, by the time I walked out the door to start running, it was snowing again. The snow continued, fairly lightly, for the first hour or so, let up for a while, and then recommenced for a short period in the early afternoon. I finished, however, in Prague in a bit of sunshine.

The day was generally uneventful (though Carmel saw a car accident, with a car completely engulfed in flames), as I made my way in to the country’s capital. As I’ve mentioned before, running through the outer suburbs of a large city is uninspiring, but the inner city of Prague is a different matter. It is one of those grand old European cities, and I’m looking forward to exploring it some more this evening.

BTW, this region of the Czech Republic is historically known as Bohemia (as in Queen’s Rhapsody), and it goes back a long, long time. It’s named after the Boii tribe, which settled here when forced north after losing a series of battles with the Romans in the 2nd century BC. The landscape is not as green as I imagined, probably because the grass has been covered with snow for so much of the past several months.

I am now at the most northerly point of my entire world run, just over 50 degrees above the equator. From here, it’s all south. 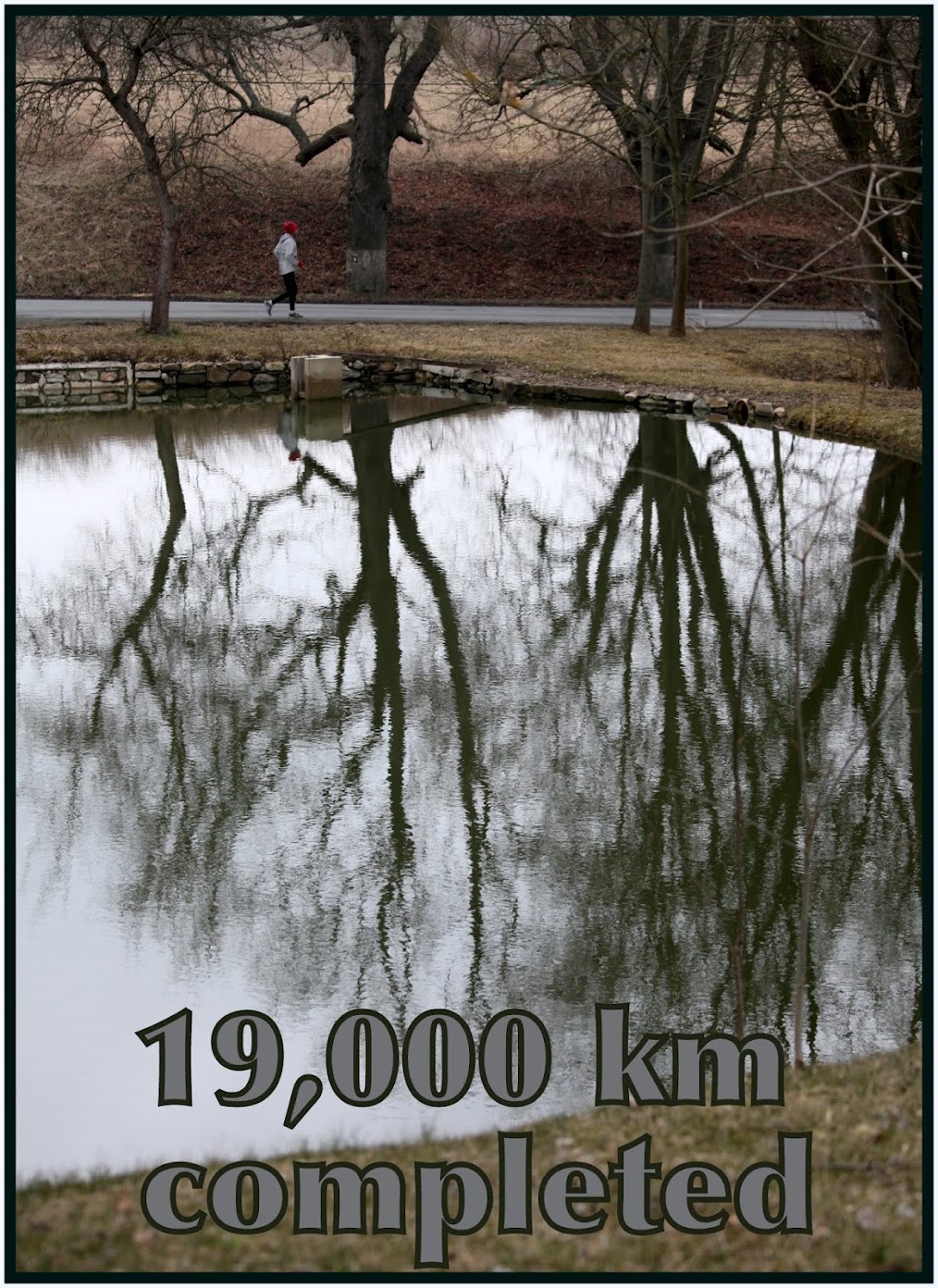 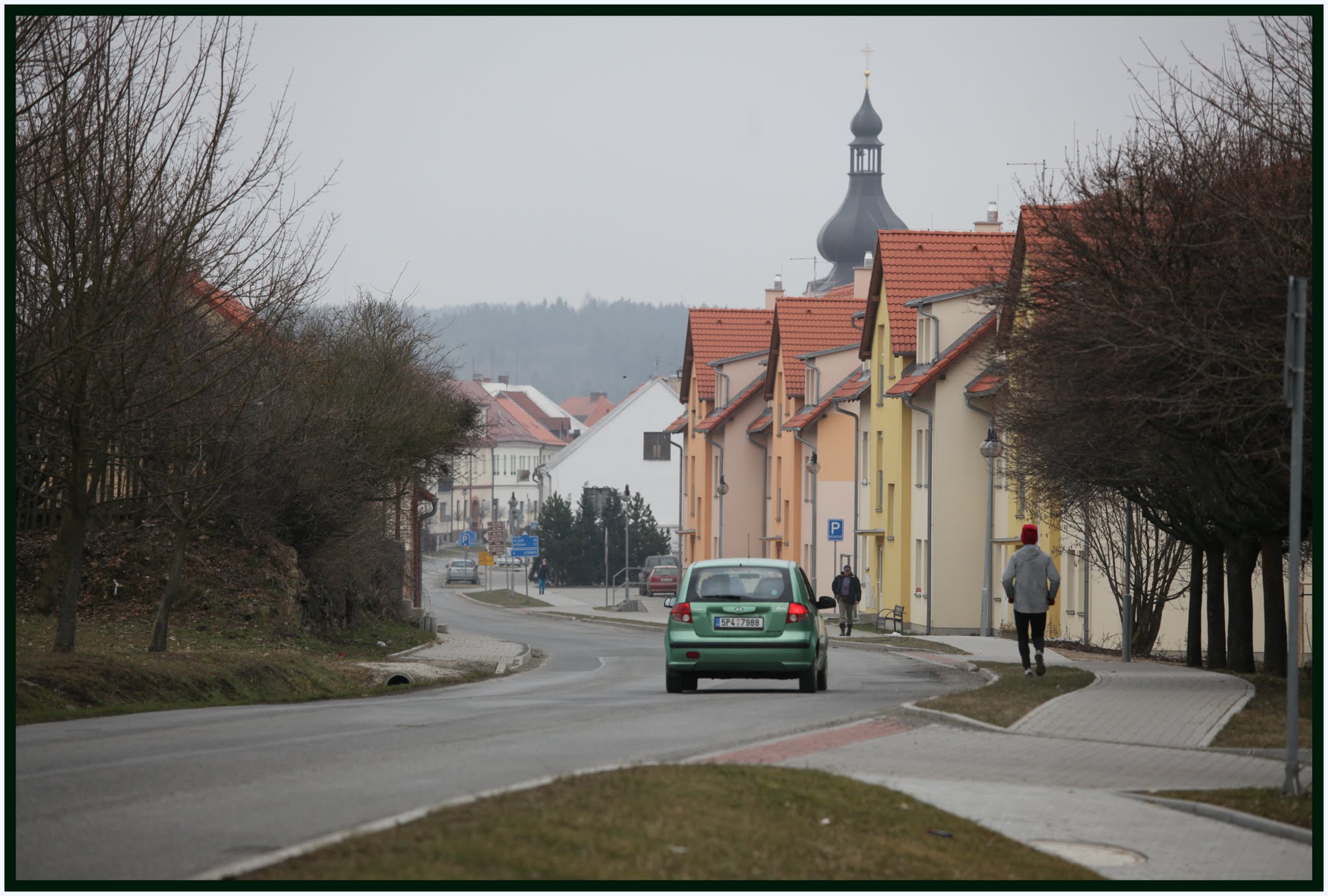 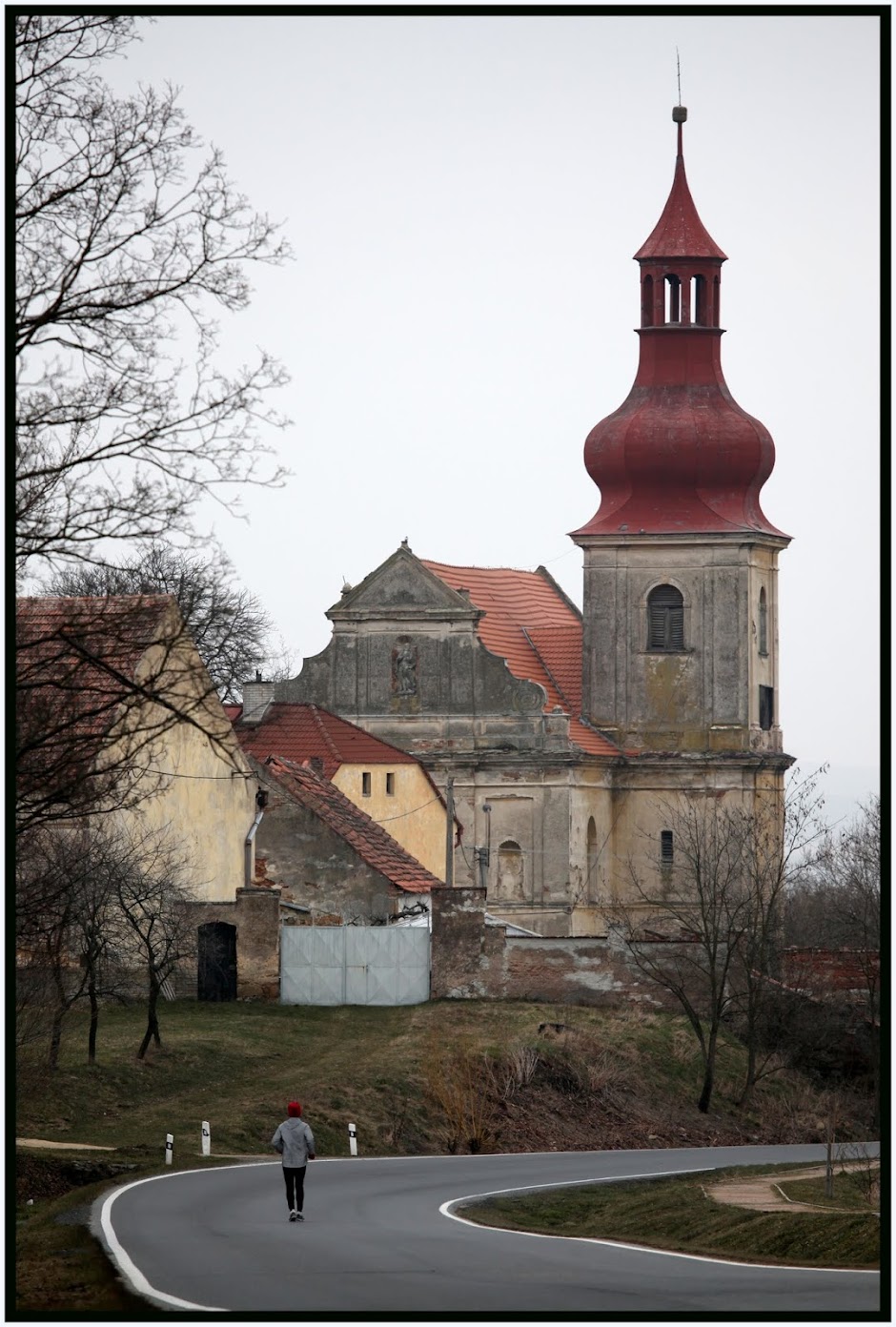 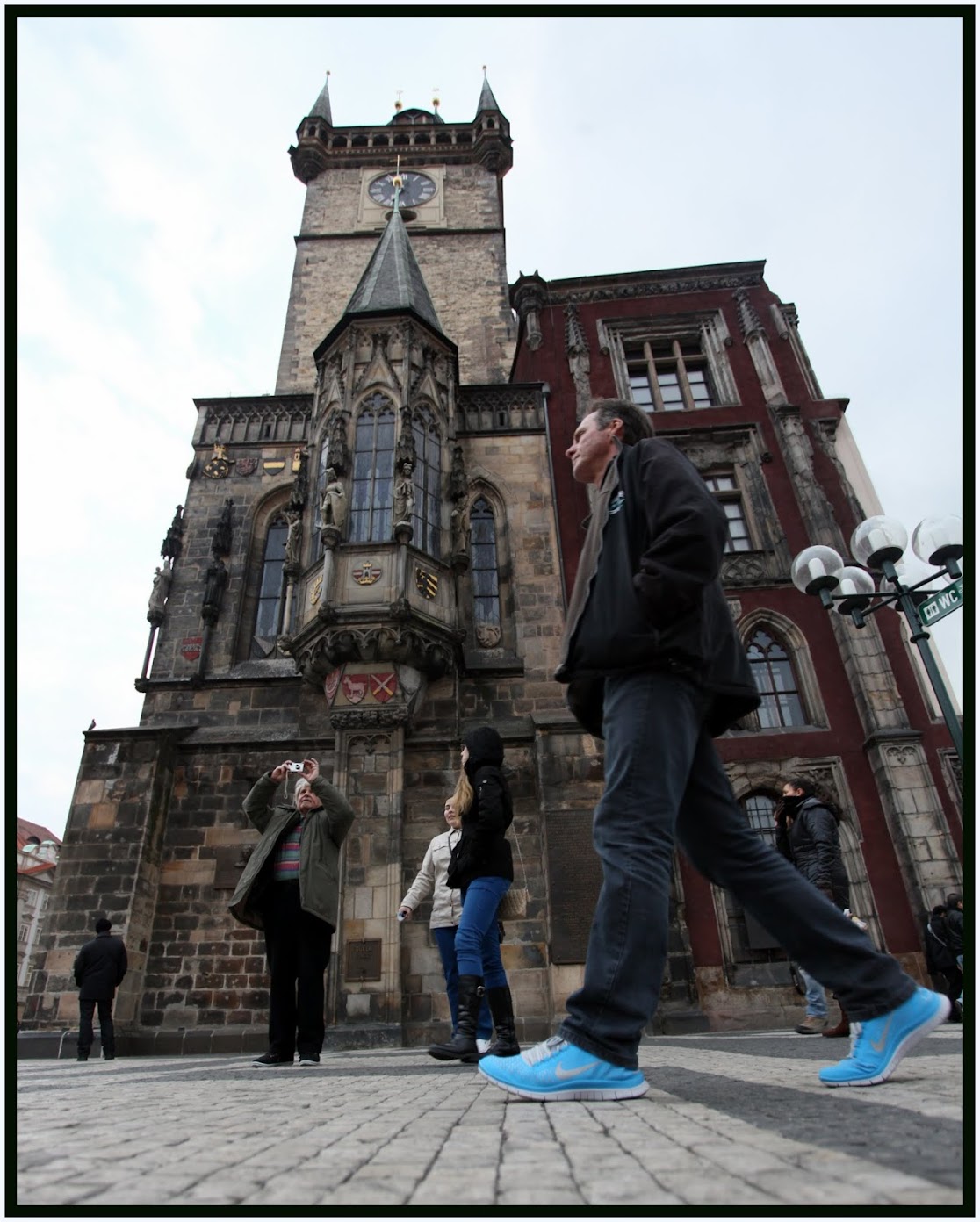 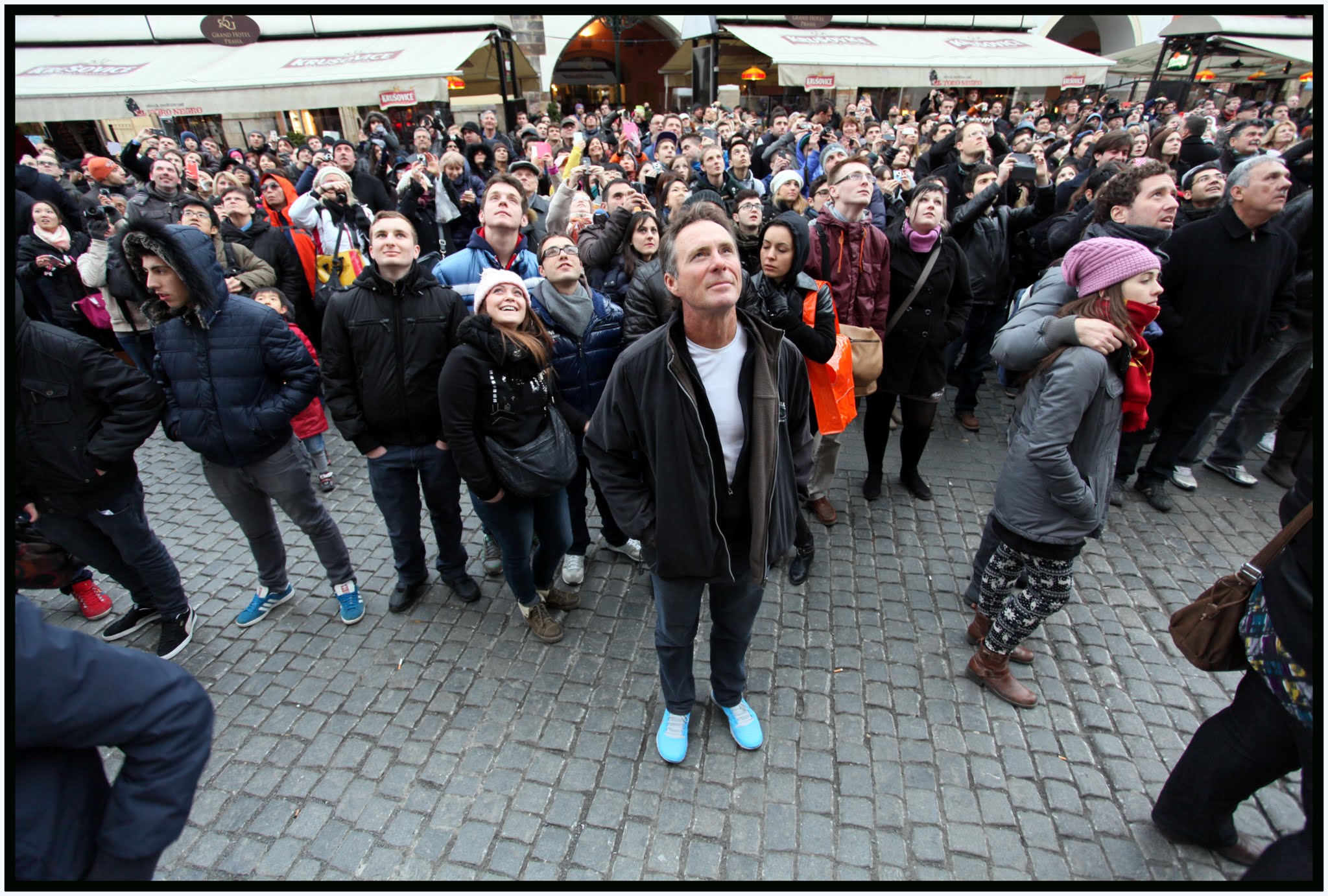