I was only going to do a few sprints this morning, but changed my mind and ran another 2 km time trial. I’m usually tired on a Friday, having done the bulk of my weekly running in the previous few days. So I didn’t expect to be faster than I was in Monday’s 2 km. However, I did reduce my over 60 PB to 7:33 (all-time PB is 5:56). If I was fresh, I reckon another 5 – 10 seconds would be possible.

I mentioned in the last post that there would be lots of dogs in the coming world run photos. You’ll see that in these photos as I ran through Mississippi, Alabama, and Tennessee.

It was a long day. The roads here in Mississippi are picturesque, but probably the most pedestrian-unfriendly I have encountered anywhere. There is zero shoulder on just about every road. I am constantly meandering back and forth across the road, depending on which direction the latest car is coming from. When there is traffic on both sides, I need to jump into the long grass beside the road.

Another dog decided to follow me today. After it tagged along for some distance up the road, we decided it needed to be taken back, so we packed it into the car and Carmel drove it back to its home (sorry again, Chook). As nice as it is to have friendly dogs for company, I don’t want to be responsible for it being hit by a car or getting lost.

I’ve been through some interesting places the past few days. Holly Springs is where a Civil War “event” occurred, although it was relatively bloodless, when the Confederate Army took back a town and planted its flag in the square. We had lunch at a cafe in this town square. I also passed close to Tupelo today, which is where Elvis was born and lived as a child. It is also the inspiration for Van Morrison’s song Tupelo Honey (one of Mr Reefton Humblewood’s favourite songs, along with Cottonfields and Kumbaya).

One thing I’ve noticed that’s different in Mississippi are the flags. Everyone knows that Americans love to wave the flag, but I have seen more Confederate flags in the past two days (5) than US national flags (3). Mmmmm, interesting!

It’s hard to believe, but it took just 23 days of running to get from a state bordering Canada (Wisconsin) to a state bordering the Gulf of Mexico (Mississippi). I’m certainly happy with that sort of progress.

I have a couple of milestones coming up tomorrow, so stay tuned.

I’ve become the Pied Piper of dogs. Today a young dog followed me for miles – all the way to my finishing point. We had to put him in the car and drive him back to where I first encountered the dog. He wasn’t happy when I bundled him out of the car and we drove off, but adopting a dog at the moment is definitely not feasible.

My two milestones for the day were: 250 marathons completed so far on the run around the world, and eight years now without a day off from running. Even during times like my recent break, I still ran a few kilometres each day. I believe its this consistency during the past eight years which has allowed me to manage day after day of 50 km or more.

Many readers will have seen the current video from the Today Show in Australia. There is one correction I’d like to make in regard to the narration. Cameron Williams’ comments implied I walked with some running. Many people make the same assumption, and it has taken me a long time to realise why. It appears to be because of the term “on foot” in the expression Fastest Circumnavigation of the World on Foot. For some reason, this seems to conjure up the image of walking in people’s minds. While walking, running, and any combination of the two, is allowed under the rules, I estimate I have run about 98% of the distance so far, and walked only 2%. And almost all this walking has been while eating, drinking, answering the phone, or checking the maps.

Everyone is familiar with the song Sweet Home Alabama. There is a line in the song which says “Muscle Shoals has got the Swampers”. I thought it was referring to someone called Muscle Shoals having an affliction called ‘the swampers’. Not so. Here is the lowdown.

Today I ran across the border into Alabama, finishing my day at the town of Muscle Shoals. One of the most famous backing/session bands in the US hails from Muscle Shoals, and they’re called The Swampers. They’ve played with some of the biggest names in music.

So there you go. You potentially learn something every day you read this blog.

I have now run in four different states this past week – Arkansas, Tennessee, Mississippi, and Alabama. That’s definitely a record for me.

I have also been seeing lots of Civil War historical sites. In fact, last night we stayed at the Sunset Lodge in Iuka. This motel sits exactly atop one of the war’s biggest artillery battles. In fact, next month there will be a huge re-enactment of the battle, with 20,000 people expected in town to be part of the reliving of the battle. They will all be in original uniforms, with many having to play the part of dead soldiers, lying still on the ground while the rest of the mock battle rages on.

As for the running, it’s been very good the past few days. I’ve had some really good quiet roads to run on, with lots of beautiful forests and gentle hills. If only it could be like that every day. 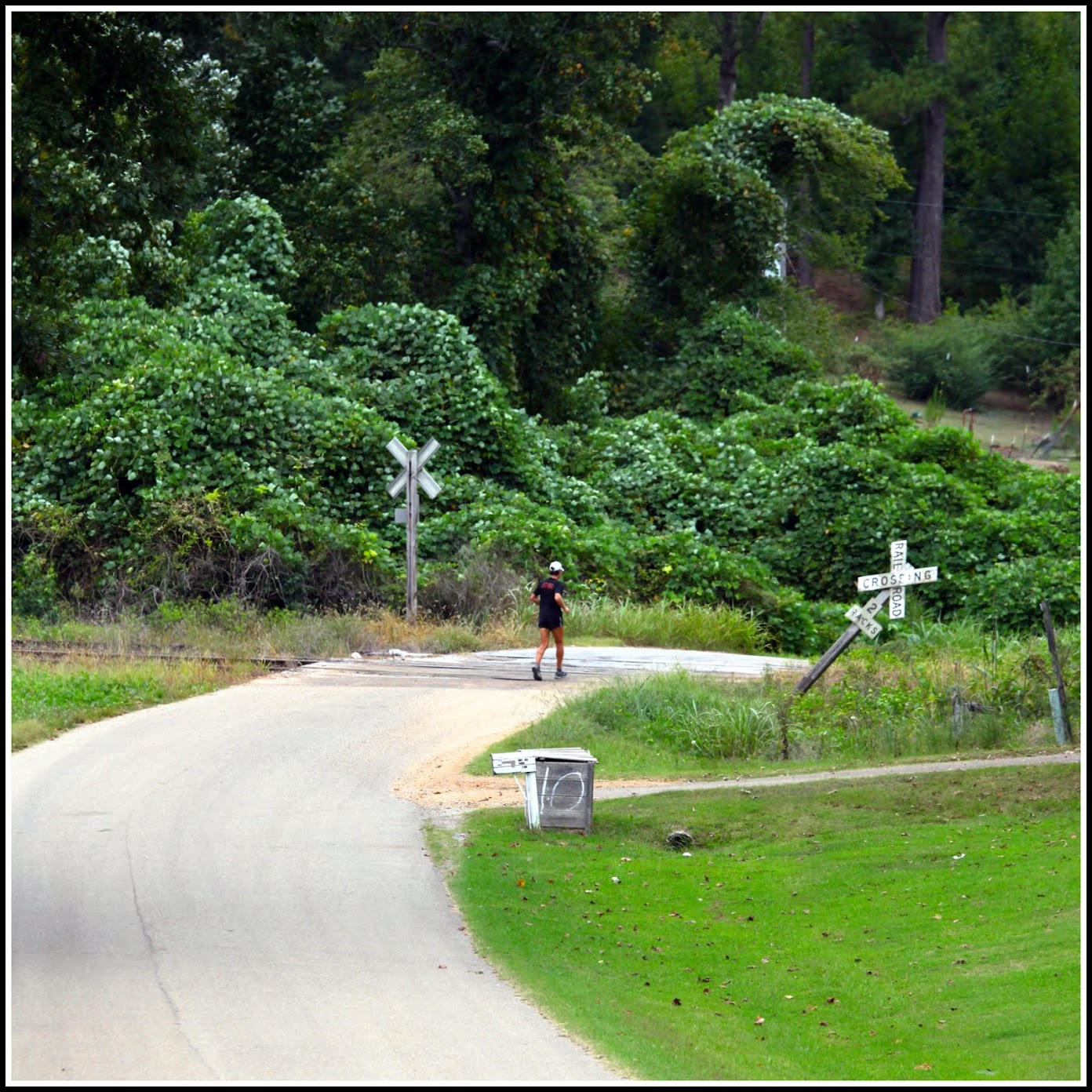 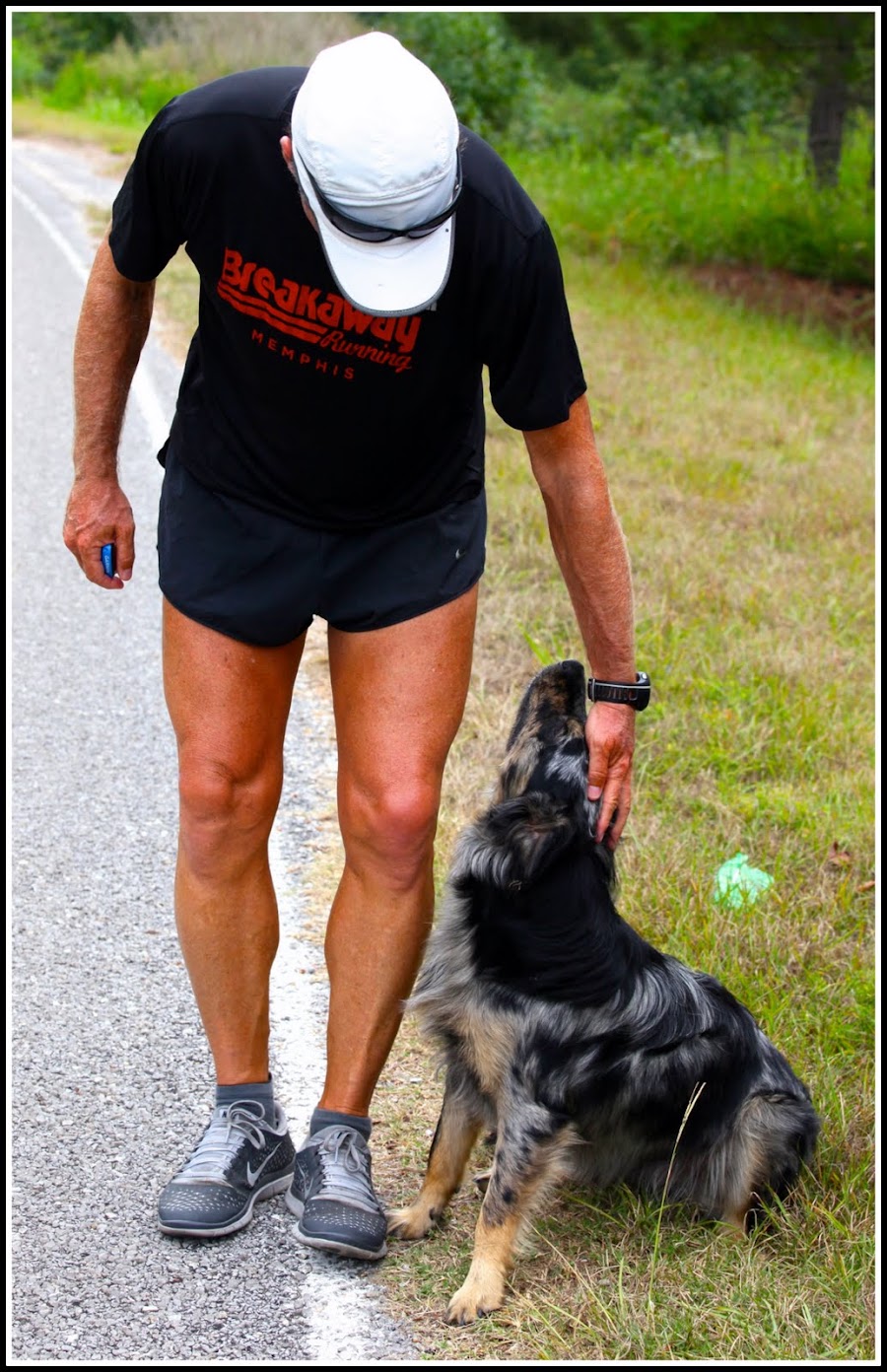 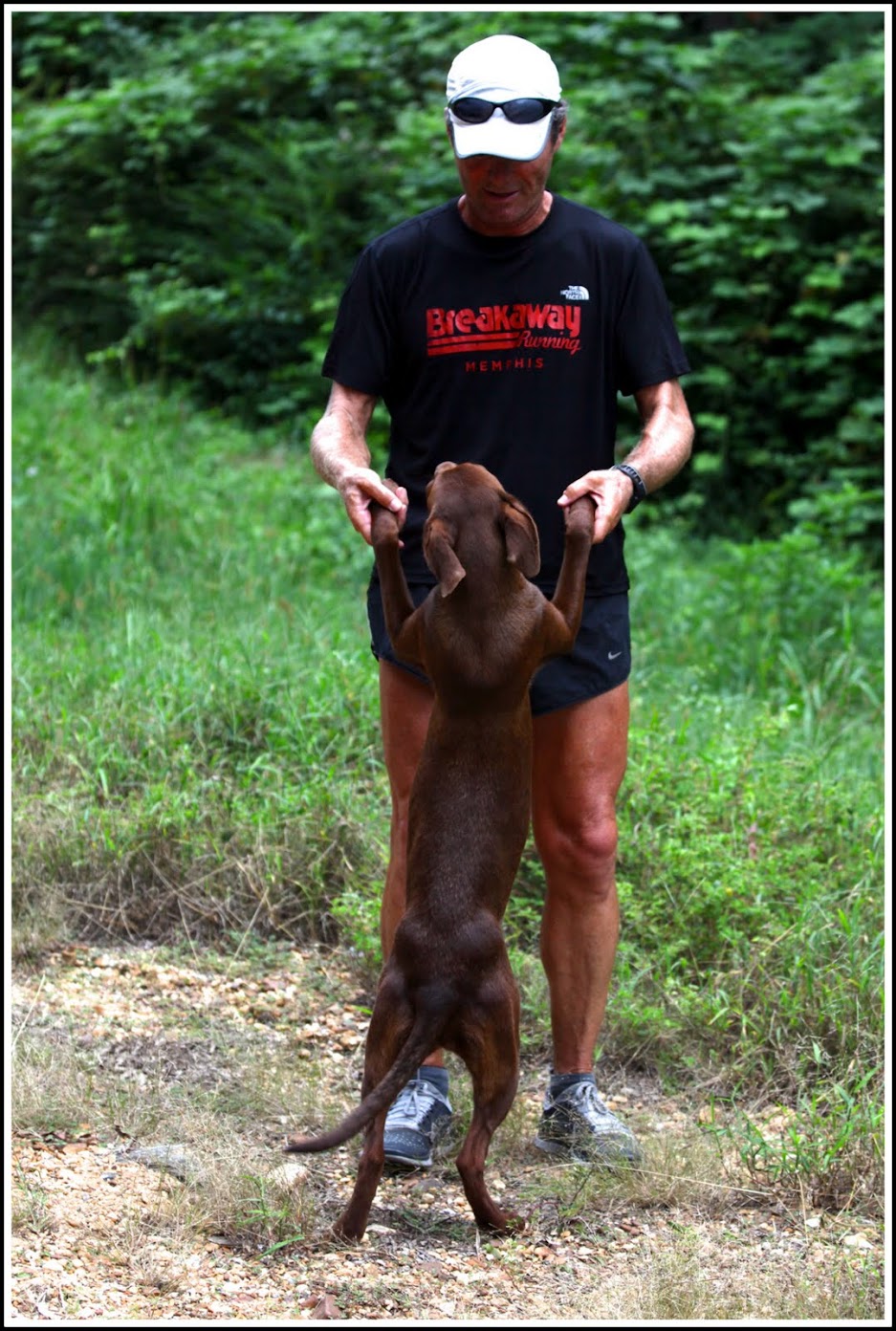 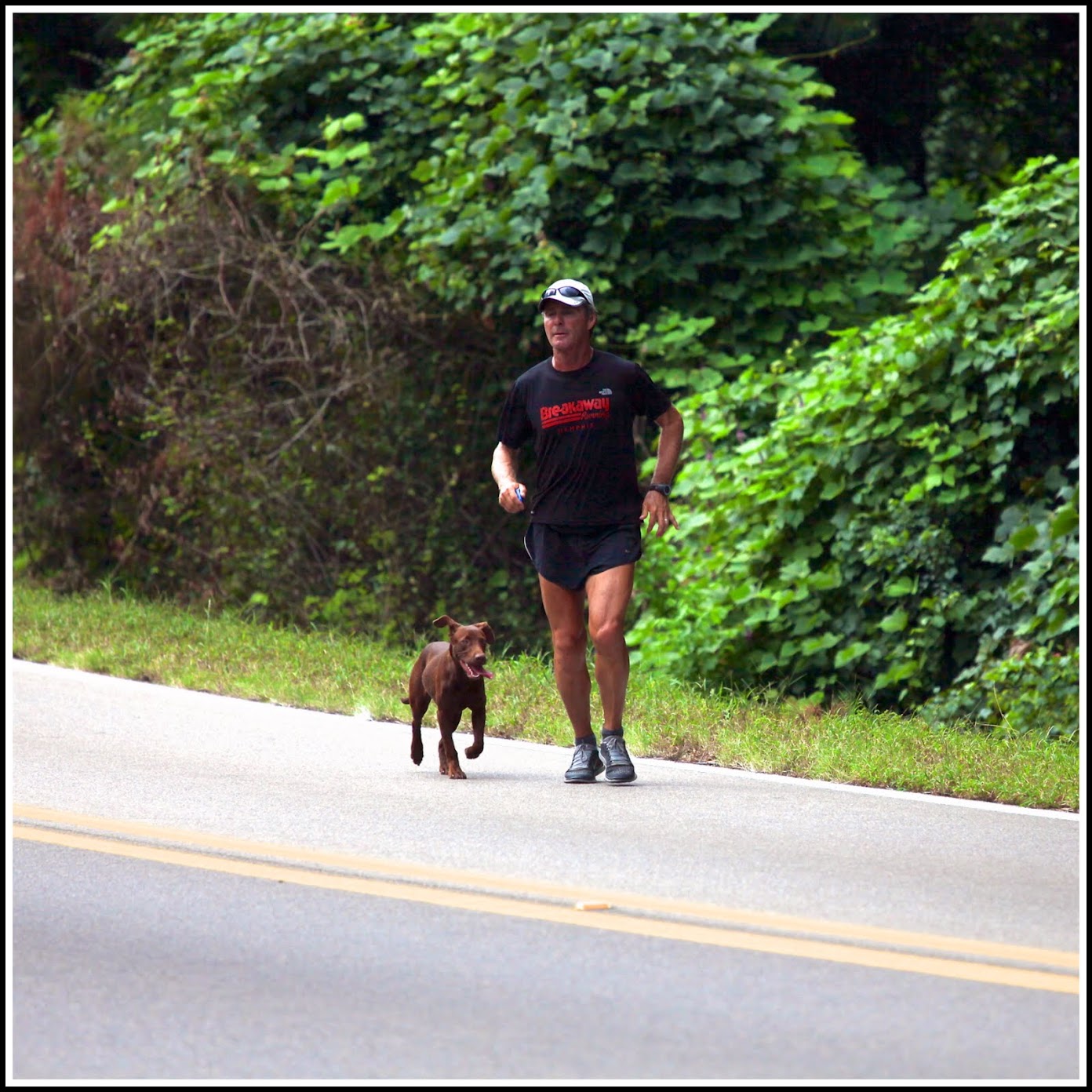 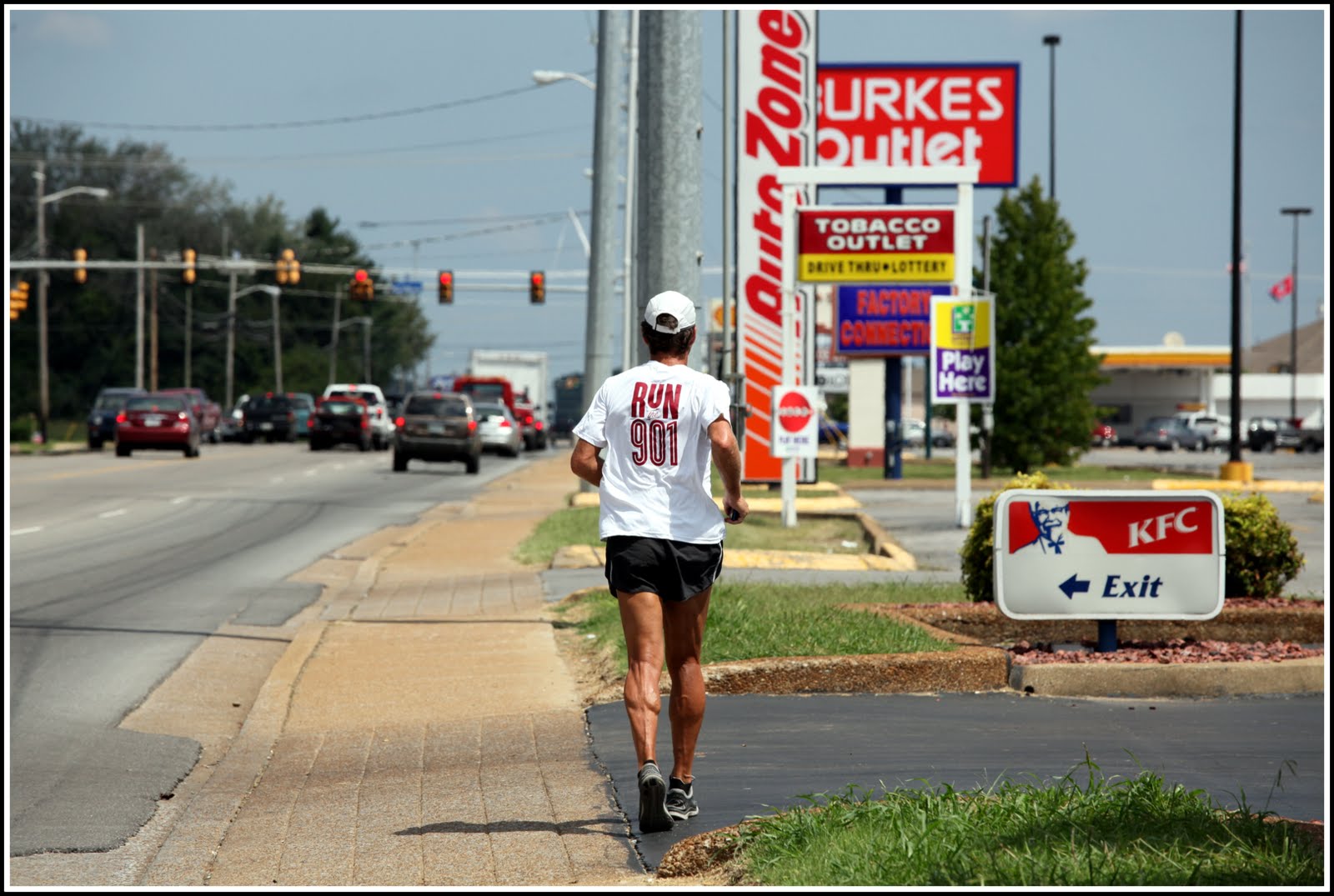