I’m looking forward to meeting Lo0tie tomorrow when she arrives in Sydney to (almost) finish her world run. I say ‘almost’, as she will still be doing a small amount of running in NZ to satisfy the antipodal requirements according to WRA rules. However, her world run will, for the most part, be over by tomorrow.

On this day in 2013, my world run saw me cross the Murray River and arrive in Albury (see below), where I was met by The Hud. More on how that unfolded in the next post.

After I passed through the town of Devenish at the 10 km mark, I didn’t see another town until the end of the day when I reached Glenrowan. This is the town where Ned Kelly was captured in 1880 after a marathon siege and shootout with police. There is much in the town to remind you of this.

Although I was feeling a bit below par today, the run was very enjoyable. The weather was fine, the road relatively quiet, and the landscape picturesque.

I passed through the wine and cheese town of Milawa, where I met Helen and Roger from Bright. From there, it was on to Everton, with its cute pub and the start of the rail trail to Beechworth. This trail is a favourite with the Tour de Bois, comprising one of the regular time trials of the tour. I used to hold the record for the 7.4 km of pure uphill, with 18:08. Two years ago, the time trial was run again, and I improved my best time to 17:27. However, the amazing Jimbo bettered that with a mind-boggling 16:01. What a cyclist!!!!

I eventually made it in to Beechworth, one of the best preserved 19th century towns in Australia. We are staying in a motel which stands on the site of a famous fight. In 1874, Ned Kelly challenged the toughest and meanest guy around, Wild Wright, to a boxing match. It took place in Beechworth, precisely on the land where we’re staying. Despite the renowned ability of Wild Wright, and the fact that Ned was only 19 years old, it was Ned who prevailed, further enhancing his already formidable reputation in the region.

The Hud arrives tomorrow night, to have a crack at Dave’s recent record for the furthest run with me in a single day. There are some doubters, who don’t believe The Hud can do it. I wouldn’t be betting against him, though. That’s one to definitely stay tuned for – The Hud doesn’t disappoint. 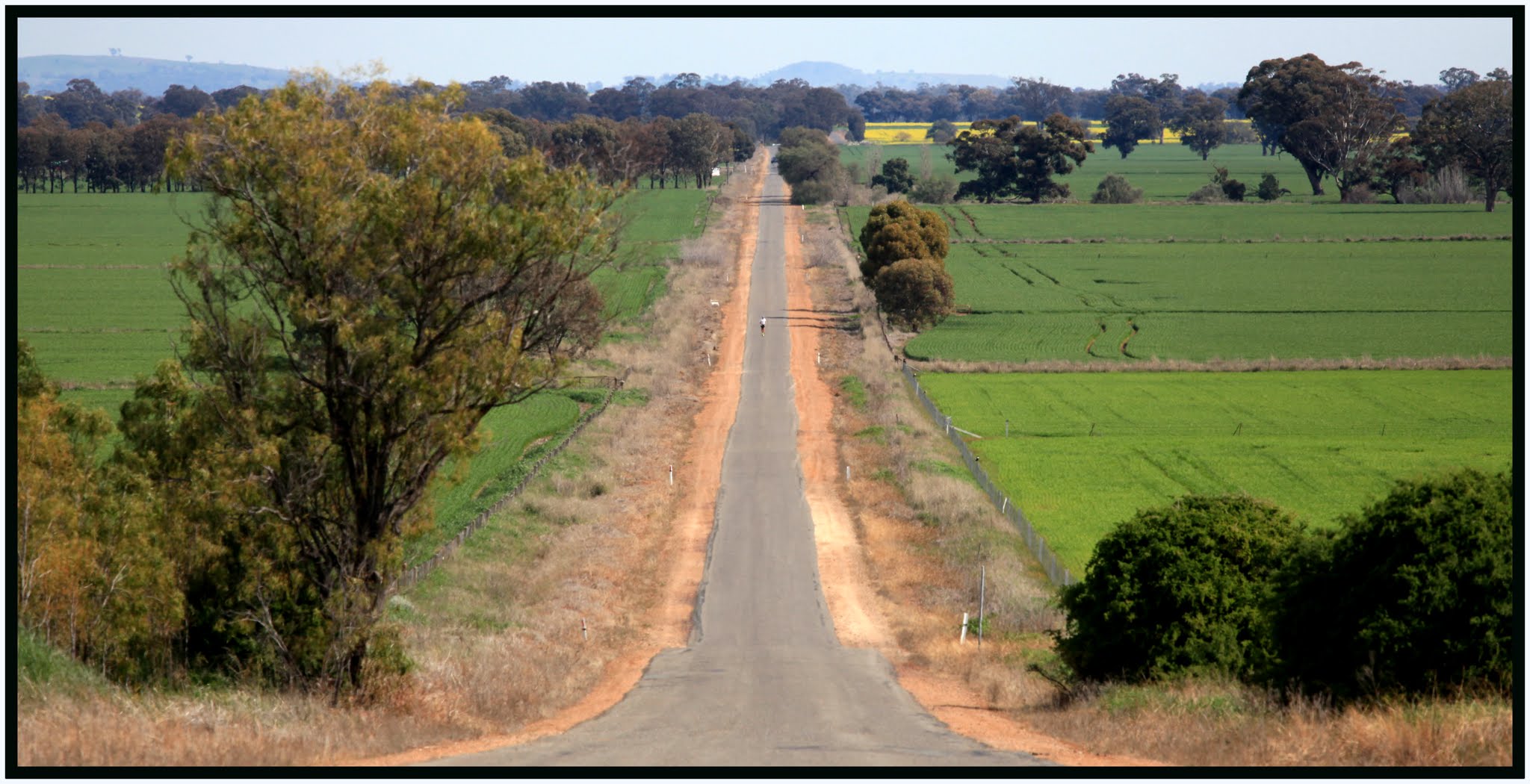 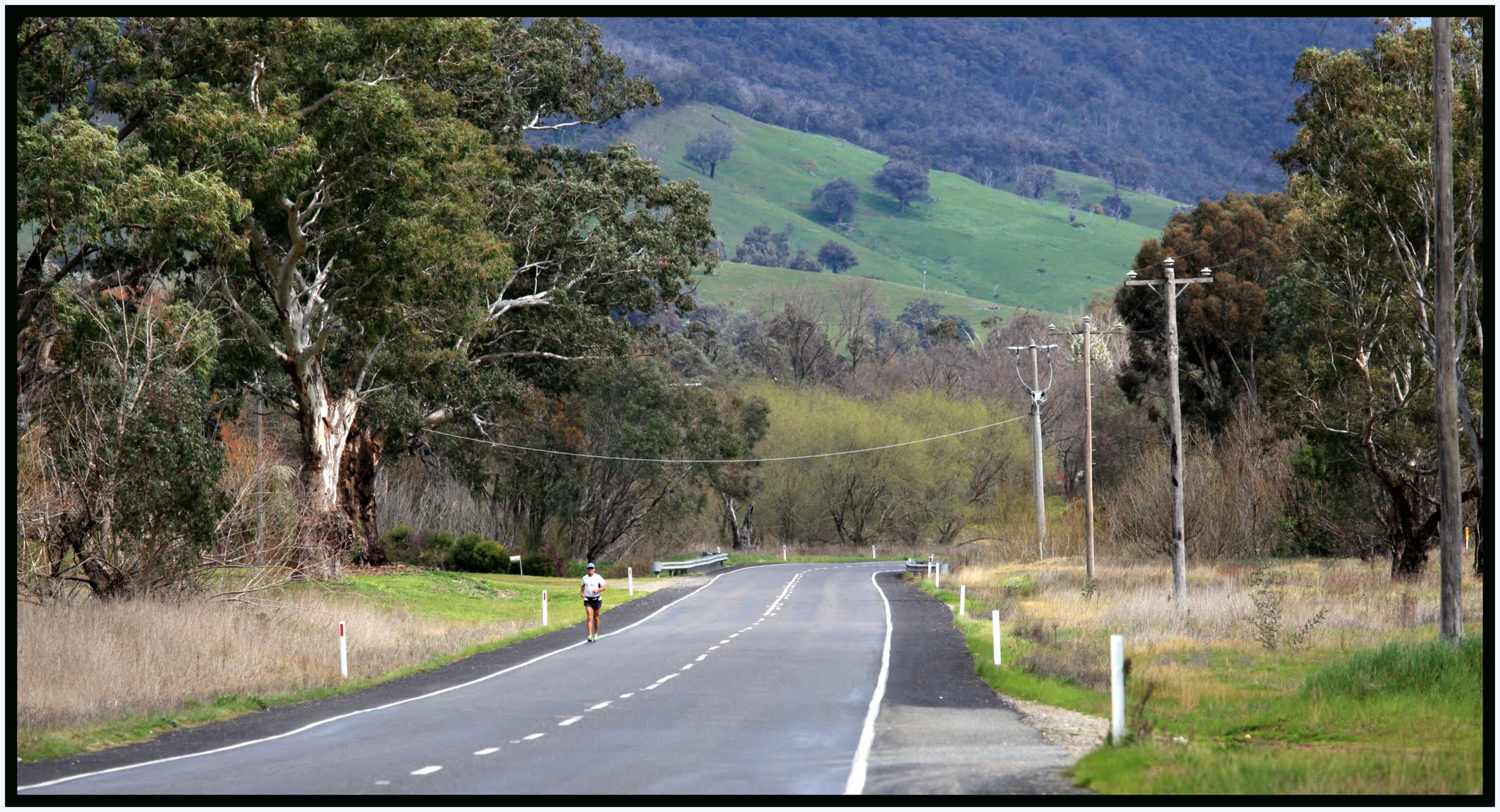 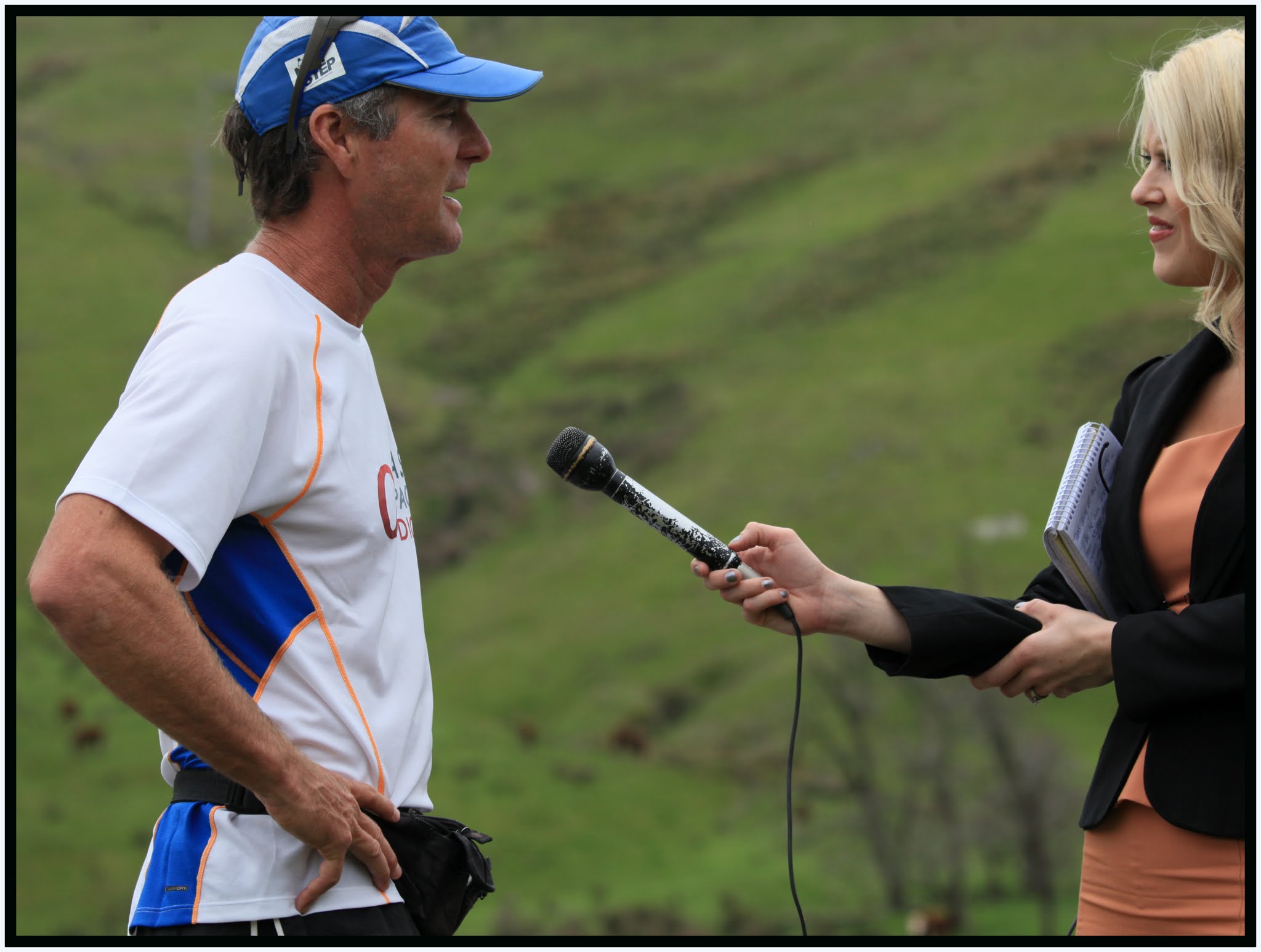