I did an interesting calculation yesterday. I was wondering how my personal best times for various distances compared with the corresponding world records. These days most people think of me as an ultra ling distance runner, but that’s not how I started in running.

Below is a table showing the current world records and my own PBs, with the percentage difference between the two in the third column. I’m clearly closer to the world record for the shorter distances than the longer ones. In fact, I tend to get worse in comparison, the longer the distance. Interestingly, the 100 metres and 400 metres were run when I was 17 and 16 respectively, and with zero training. If I’d trained like I do now, I wonder how close I might have gotten to the world records – maybe within 10%?

Anyhow, my training at the moment is going well. I’m throwing in some faster kilometres here and there to get used to a quicker pace. After Monday’s 3:43, on Wednesday I ran a 4:07, and today a very comfortable 4:23.

Below are three videos from around this date during my world run – one from 2012, on the first day of my North American leg, and the other two from central Spain. There are also some photos from the same two years. The two photos in the grey jacket are from the Californian coast, with the other three from central Spain, north of Madrid. 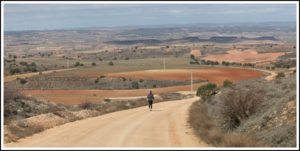 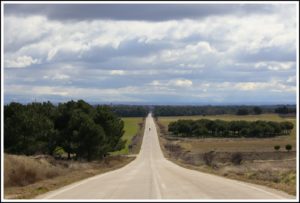 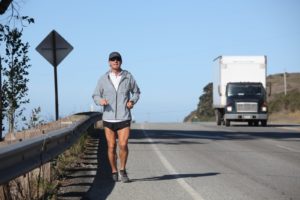 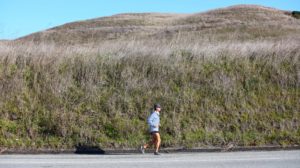