I mentioned on Thursday that I reached 6,000 days of running without a day off. For the record, I totalled 102,598 km during that 6,000 days, averaging 17.1 km per day. Admittedly, that average was boosted by the run around the world, but it would have been around 13 km per day without it.

Today’s world run blogs are from my time running from Lake Taupo to Rotorua in NZ. Tony Mangan mentioned the other day how much he enjoyed Lake Taupo, and I agree with him.

As promised, just a short day up to Taupo. For the most part the run was
uneventful, until I reached Taupo itself. Firstly, there is a big speed boat
racing competition on the lake today, with helicopters filming and all. The
sound of the speed boats roaring back and forward around the buoys was/is very
loud, but it’s drowned out somewhat by the gale force winds. These winds have
chopped up the lake surface significantly, and the boats have been forced to go
much slower than they otherwise would.

Then, just before I arrived at my stopping point (the motel we’re staying at
tonight), I saw a girl up ahead holding up a sign. I assumed it was for someone
else, probably in a car. However, as I got nearer, I could see my name on the
sign. It read “Kia ora Tom” – a traditional Maori greeting! I stopped to talk to
Karleen (apologies if this is not how your name is spelt). It turns out she has
been following my progress and could see on the tracker that I was approaching
along that particular road. Thank you again Karleen for a lovely welcome to
Taupo.

Once again, the worth of the website tracker has been demonstrated. As I
mentioned in an earlier blog, it allows anyone to follow me in real time, and to
come out and meet me on the road. But it also ensures the integrity of the run,
as any authority can do the same in order to verify my whereabouts without me
having any forewarning – exactly what is needed to maintain the highest possible
standard of run validation.

It’s Sunday afternoon now in Taupo, and I think I might just go and have
a natural geothermal spa. Believe it or not, we have one in our room, with the
water and the heat supplied directly from inside the earth. What a luxury for a
weary world runner!

Most of today’s run was along the cycle course of the New Zealand Ironman Triathlon. The first 45 km or so was from Taupo to Reporoa, which is where the turnaround is in the triathlon. Of course, the cyclists then head back into town and then do the loop again to total 180 km of cycling. I simply went on beyond Reporoa to finish my day at 52.5 km. 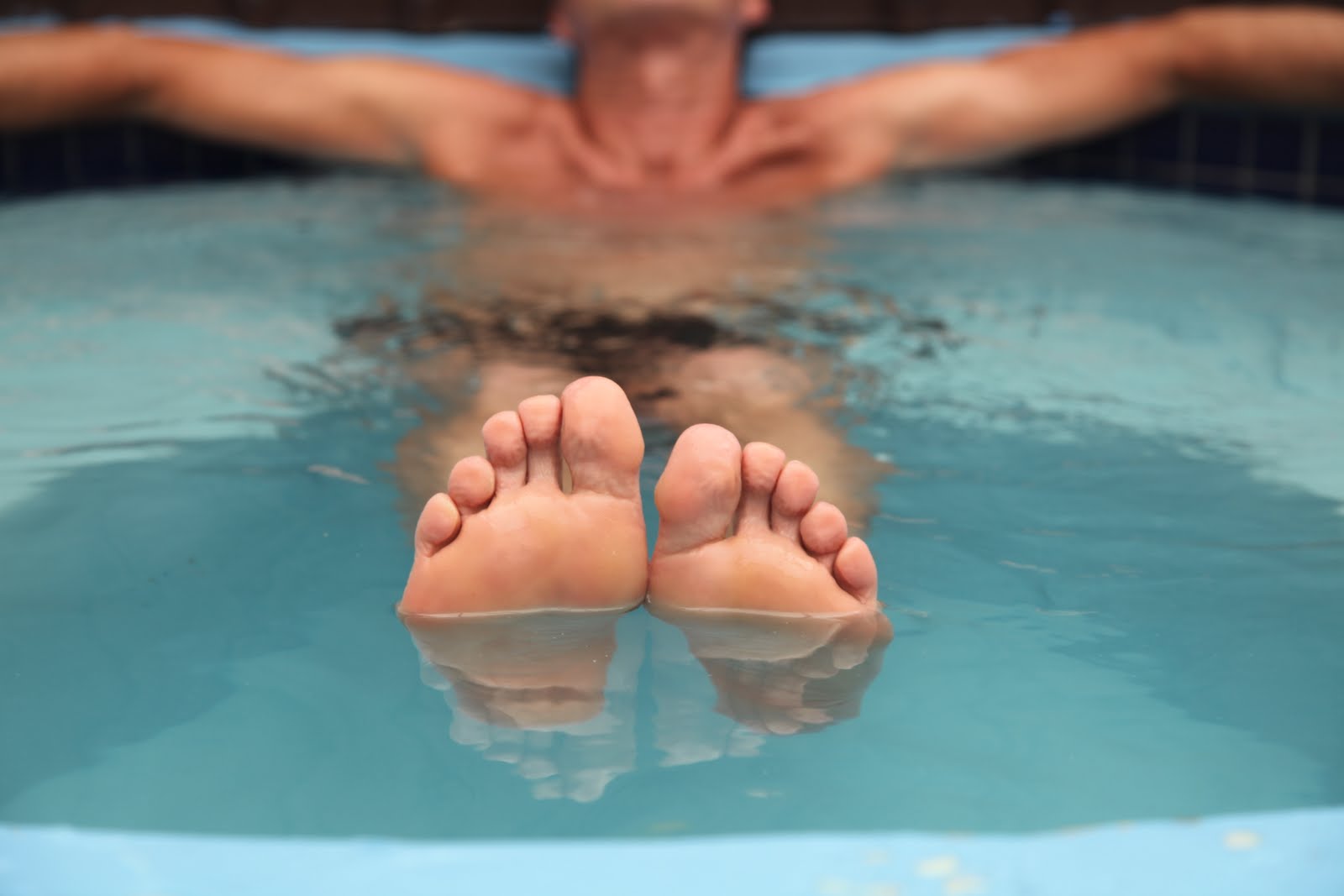