The following are maps illustrating where Tom ran during his round the world journey. Click on any map to enlarge it. 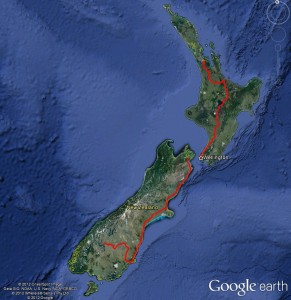 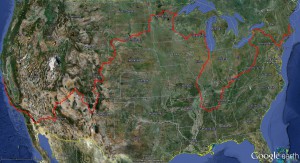 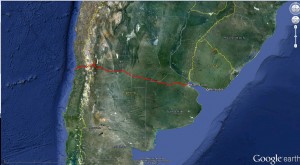 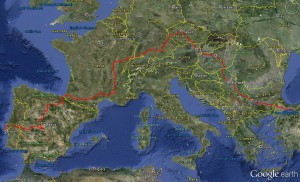 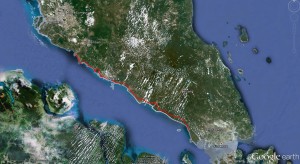 Run Around the World – Description of Route

What constitutes a circumnavigation of the world on foot – or, for that matter, on a bicycle, in a car, or via any land-based means? The answer would be simple if the Earth had no oceans. The reality is, there are a myriad of ways to devise a route around the world, and it is unlikely any two runners would agree precisely on such a definition.

For this reason, I chose to follow the precedent set by Jesper Olsen, the first and only person to complete an undisputed and fully documented run around the world. Implicit in the way Jesper conducted his run are a set of criteria. I simply adhered to these criteria.

Jesper, therefore, is the inaugural holder of the world record for the “Fastest Circumnavigation of the Earth on Foot”, a record I beat by 40 days with my world run. Both these world records have been ratified by the international governing authority on journey running, the World Runners Association.

So, what are these “rules” for running around the world? In essence, I  obeyed the following:

Besides these requirements, I added my own personal criteria – I ran on every continent other than Antarctica and Africa, I ran in as many countries as I could (which amounted to nineteen) and I spanned as wide a range of latitudes as possible.

I did not define my route to the “nth degree” before leaving, as mapping out my run on every single highway, back road, street and lane throughout the world would have required a phenomenal amount of work. However, I did have a general route planned, which involved the following:

At all times I was predominantly heading east, albeit often with a northerly or southerly component, enabling me to not only traverse longitudes, but also latitudes. This allowed for a greater range of geographic, climatic, and cultural experiences during my run while, at all times, adhering to the criteria described above. Zoom in on the map below to see where I ran.