Wow, this has been my fastest week of training for ages. I’ve been feeling great every day, averaging about 30-40 seconds per kilometre faster than even last week. It’s taken a while, but I really feel like the effects of the sacro-iliac joint problem have now disappeared.

Yesterday I reached 3,000 km of running for the year so far. That suggests I should total at least 5,500 km for the year. But the way I feeling at the moment, it could be more than that.

The next few days of running will be done in the Clare and Barossa Valleys, so that will be a great change of scenery. I ran through both valleys in the latter stages of my run around the world and, no doubt, I’ll be running parts of the same course over the next few days.

Three photos for today, all from this day five years ago. It was the day that Chook and Sylvia met us on the eastern edge of the Nullarbor. They travelled with us for the next week until I reached Streaky Bay. The second photo shows a ‘food cairn’ which Carmel used to build on the side of the road when she left food drops for me. The reason for hiding it under rocks was to stop the crows from raiding the food before I reached it. Note also the kilometre marker. There was one of these every kilometre all the way across the Nullarbor – 1,200 km of them. They were great for planning the food drops. Finally, there’s a shot of Chook and me on the dirt road to Fowler’s Bay. 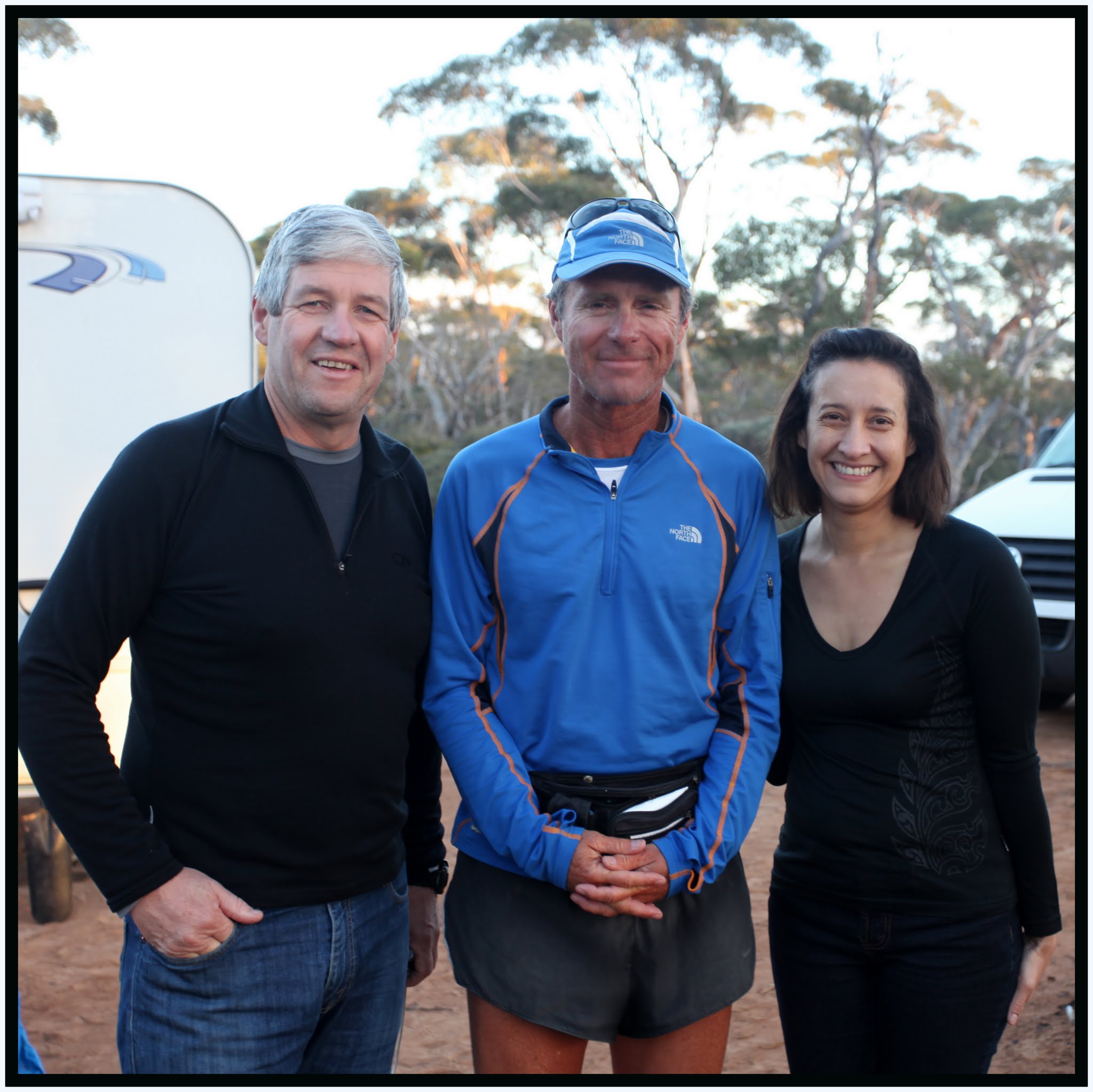 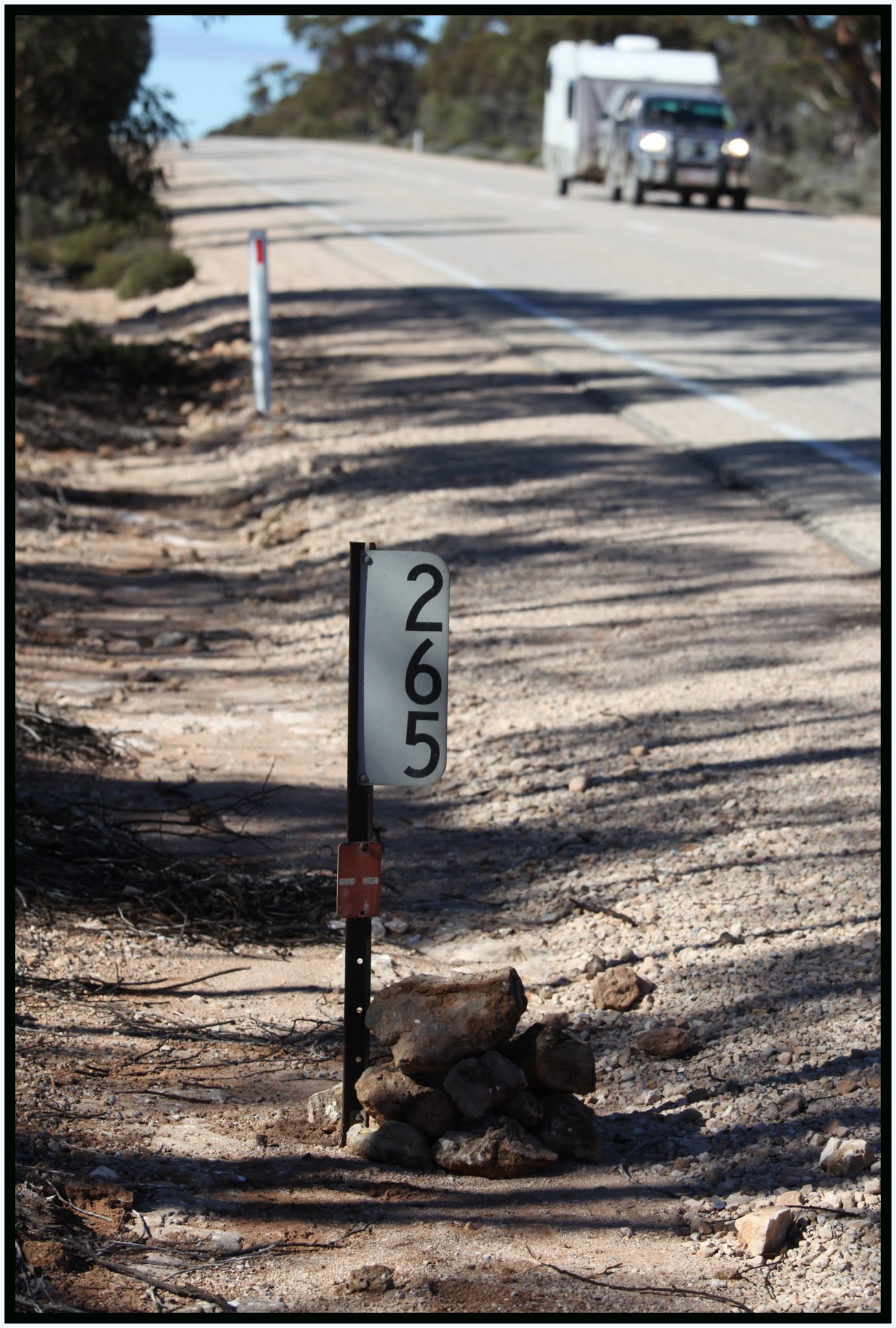 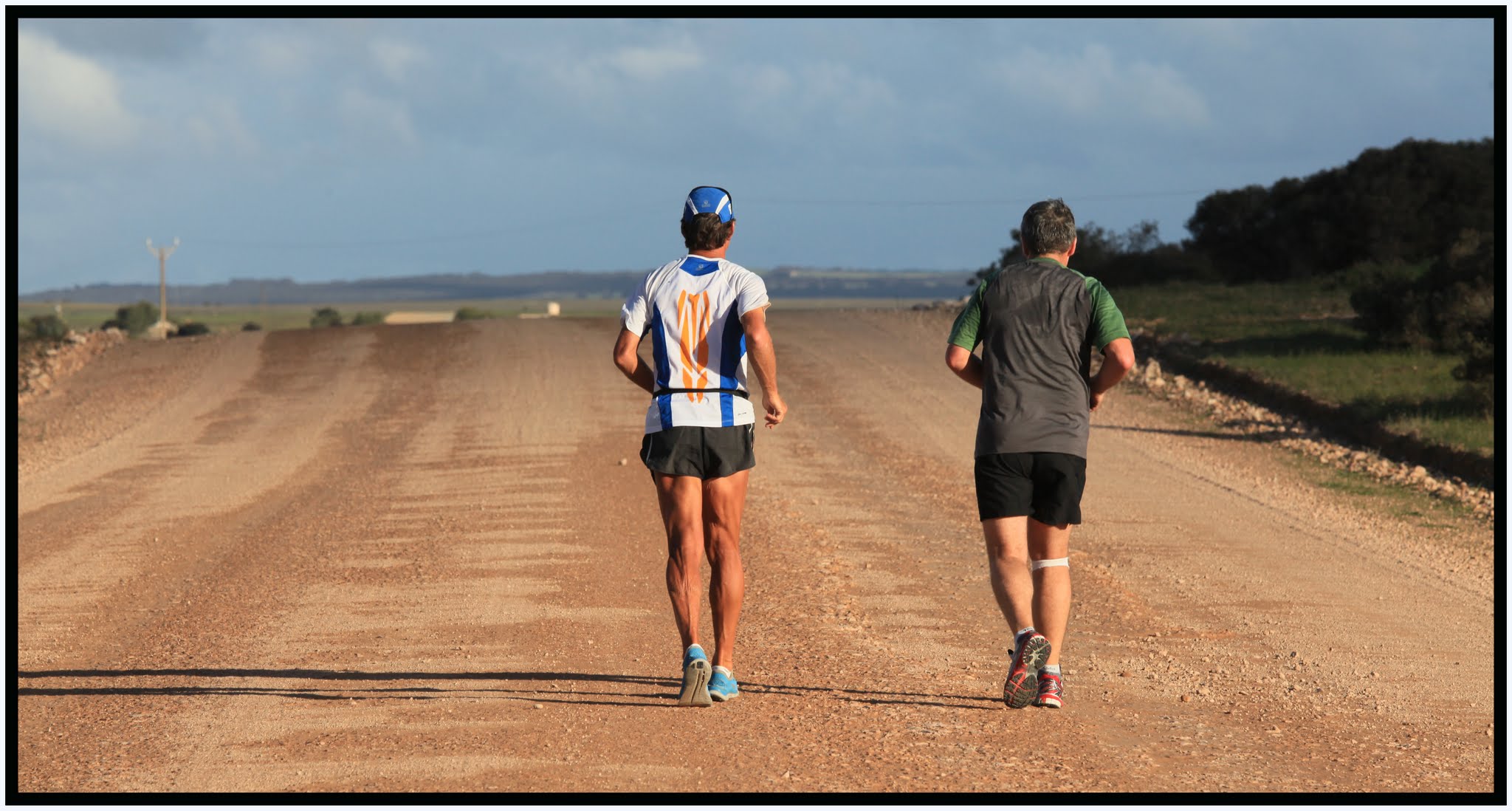