I’m back now from South Australia, having enjoyed not only the time there, but the running as well. It’s always a pleasure to revisit regions I passed through on my world run,  running segments of the route that I took. On this occasion I passed along parts of my course through the Clare Valley, the Barossa Valley, and Adelaide.

Now it’s back to the same old running courses around home. It’s a good thing I quite like running around my neighbourhood. I can’t imagine doing so much training in a place where I hated running.

Tony Mangan is now walking through Thailand, making his way north toward China. Don’t forget to follow him on www.myworldwalk.com.

Five years ago today was an interesting one. It was the day Chook decided to run with me the whole way into Streaky Bay in South Australia. The first photo shows us about half way through the day. Sylvia then joined us for the last 20 km or so. The second photo shows us celebrating Chook’s achievement when we arrived in Streaky Bay. He finished with 55.57  km.

The third photo was from the celebratory dinner we had that evening. This was as big as the support crew got, with Jeff, Michael, Chook, Sylvia, Peter, Jane, Carmel and I being joined by Bill and Tony. They were there for the Pewter Mug Day. The final photo shows Bill and Tony stocking up for the day. This was taken the next morning while I was churning out a half day of running. Bill and Tony picked me up late in the morning to bring me back to Streaky Bay. After a shower, it was straight into the 2013 Pewter Mug Day. By the way, the Pewter Mug Day this year it will take place in Darwin in September. 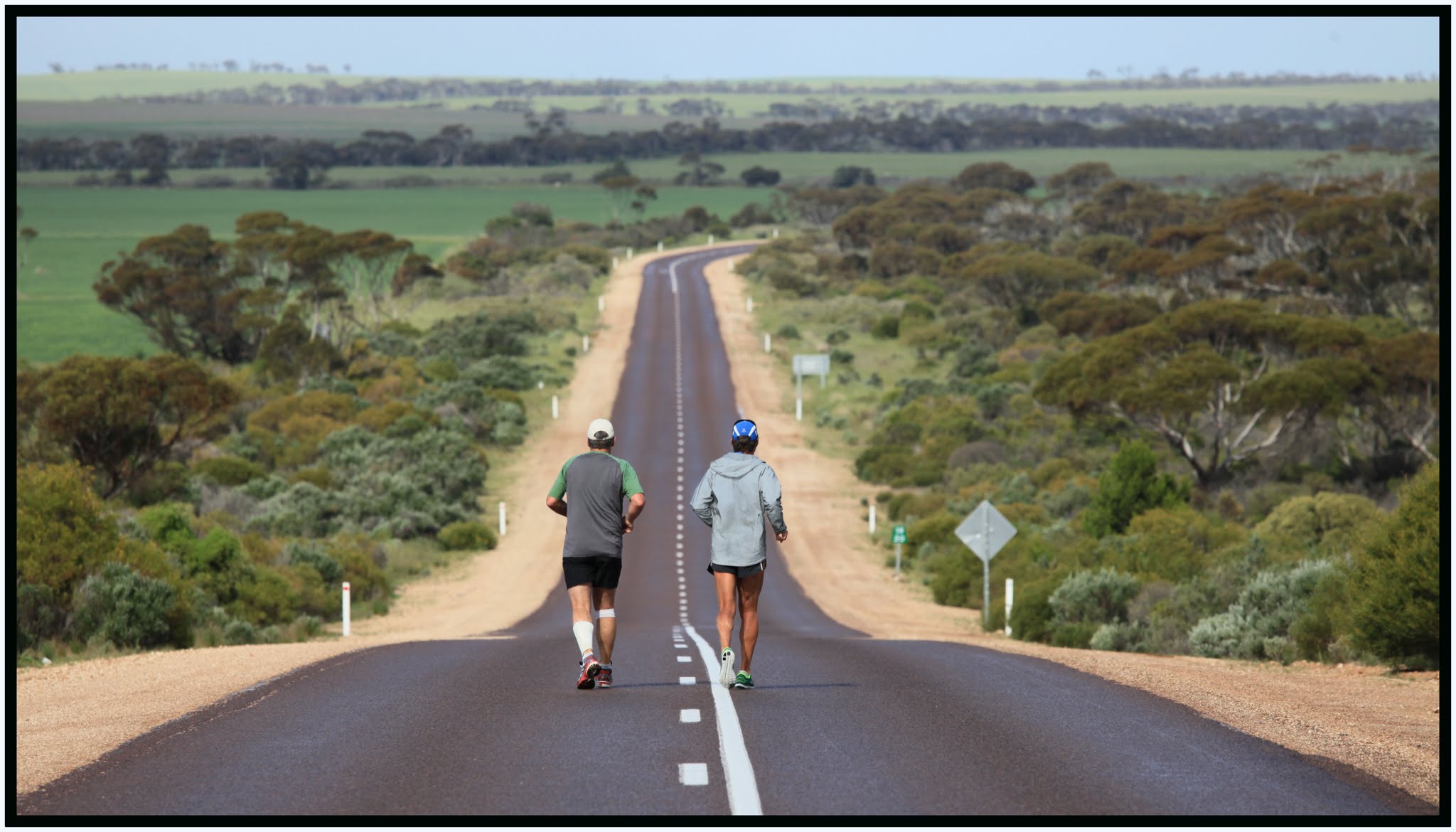 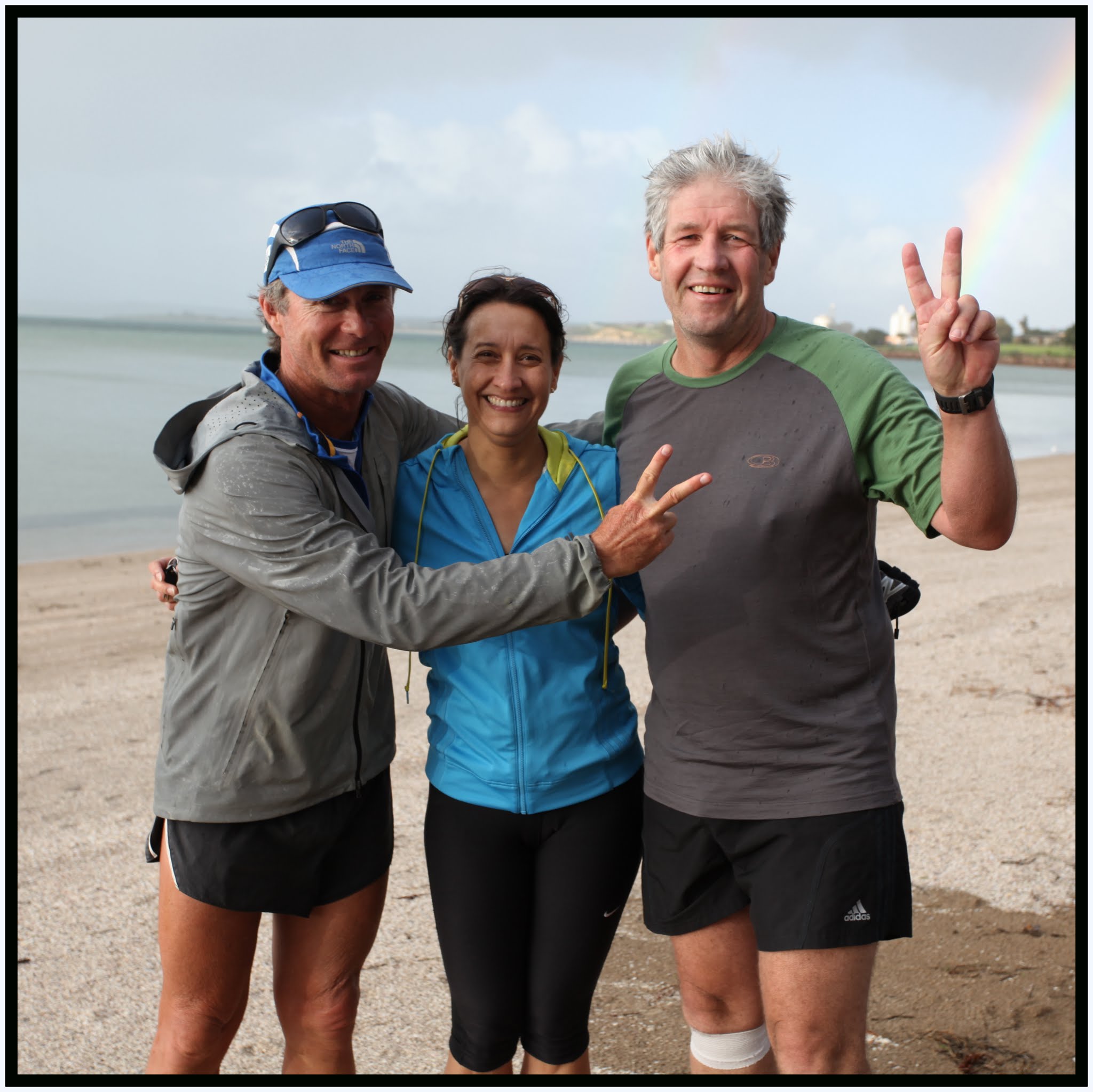 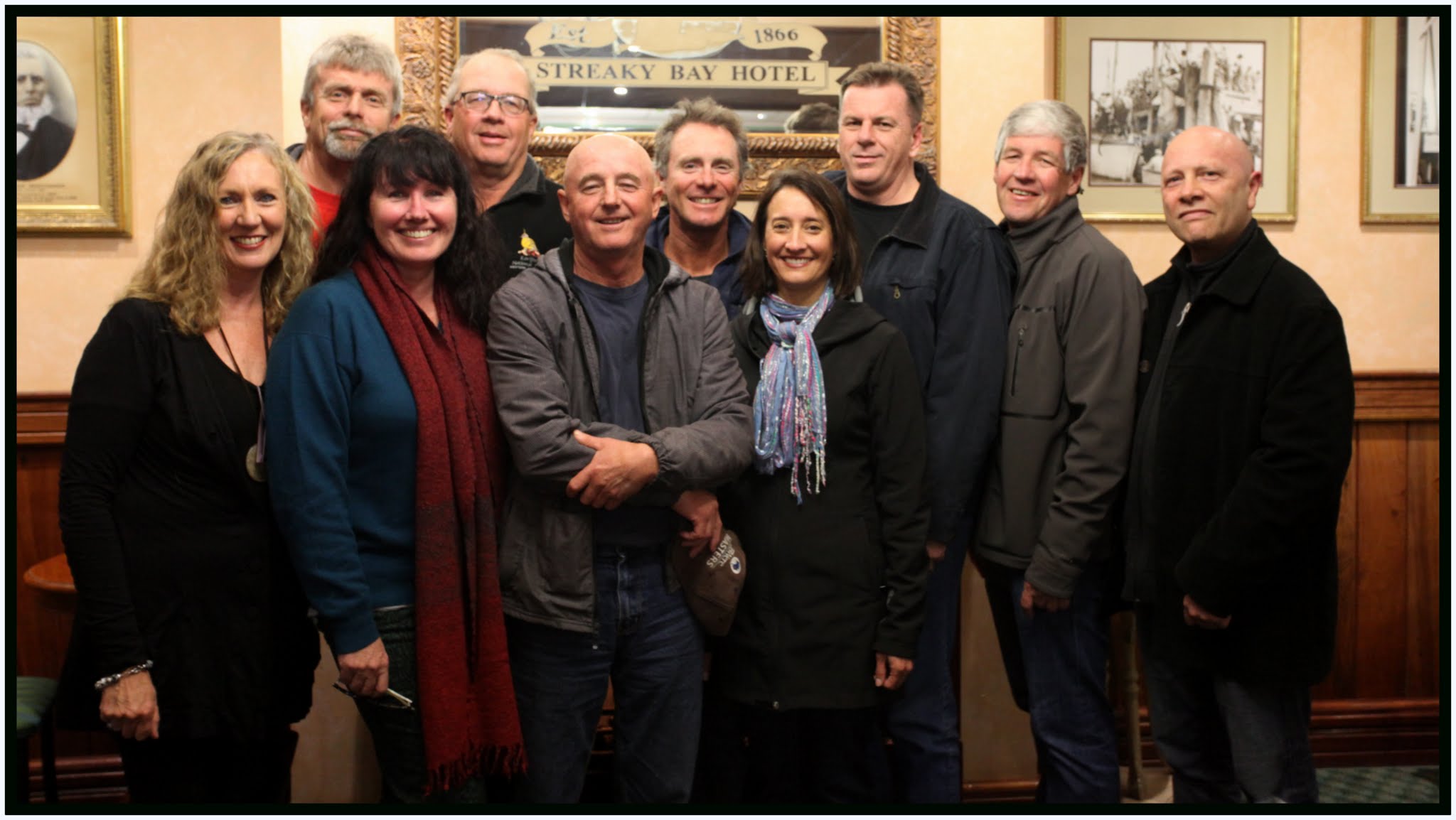 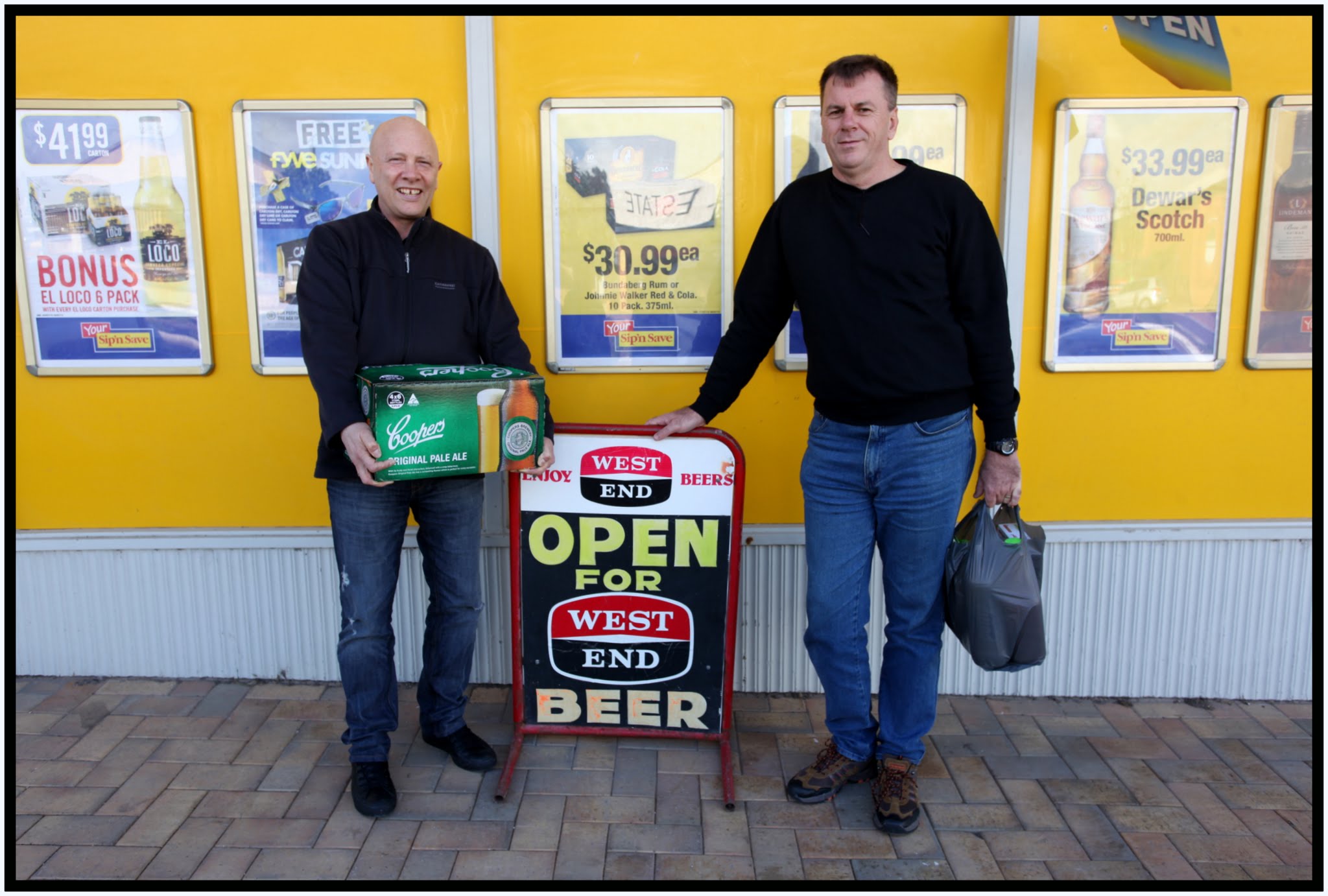