As expected, I improved on my recent 3 km best of 11:55 this morning, running 11:41 (3:57, 3;57, 3:47). I felt pretty good, but could definitely notice the effects of being heavier than is ideal for fast running (I weighed in at 82 kg this morning, the result of last week’s good food and wine in the Barossa and Clare Valleys). Once I drop four or five kilos, I expect that time to come down considerably. It was only three years ago I ran 10:08.

It almost seems like the organisers of the Tour de France have based some of this year’s course on the route Dave, Peter, and I took last year while cycling in France and Italy. Their Alp d’Huez day was virtually identical to what we did, except for a few kilometres, as was the following day when they rode to Valence (we ended in the nearby Romans sur Isere instead). And yesterday’s stage was not only identical to about 100 km of what we did last year; it was also approximately 100 km of my run around the world course (although in the reverse direction). It was fantastic to see the cyclists race over the same roads as I ran, including past places we stayed, like Domaine du Vern in St Affrique and a hotel in the town of Lacaune.

Today’s photos are from the Eyre Peninsula, between Wudinna and Koongawa. The first is of me and Jeff being silly (you’ve gotta do something to pass the time), while the second is a more conventional running photo. 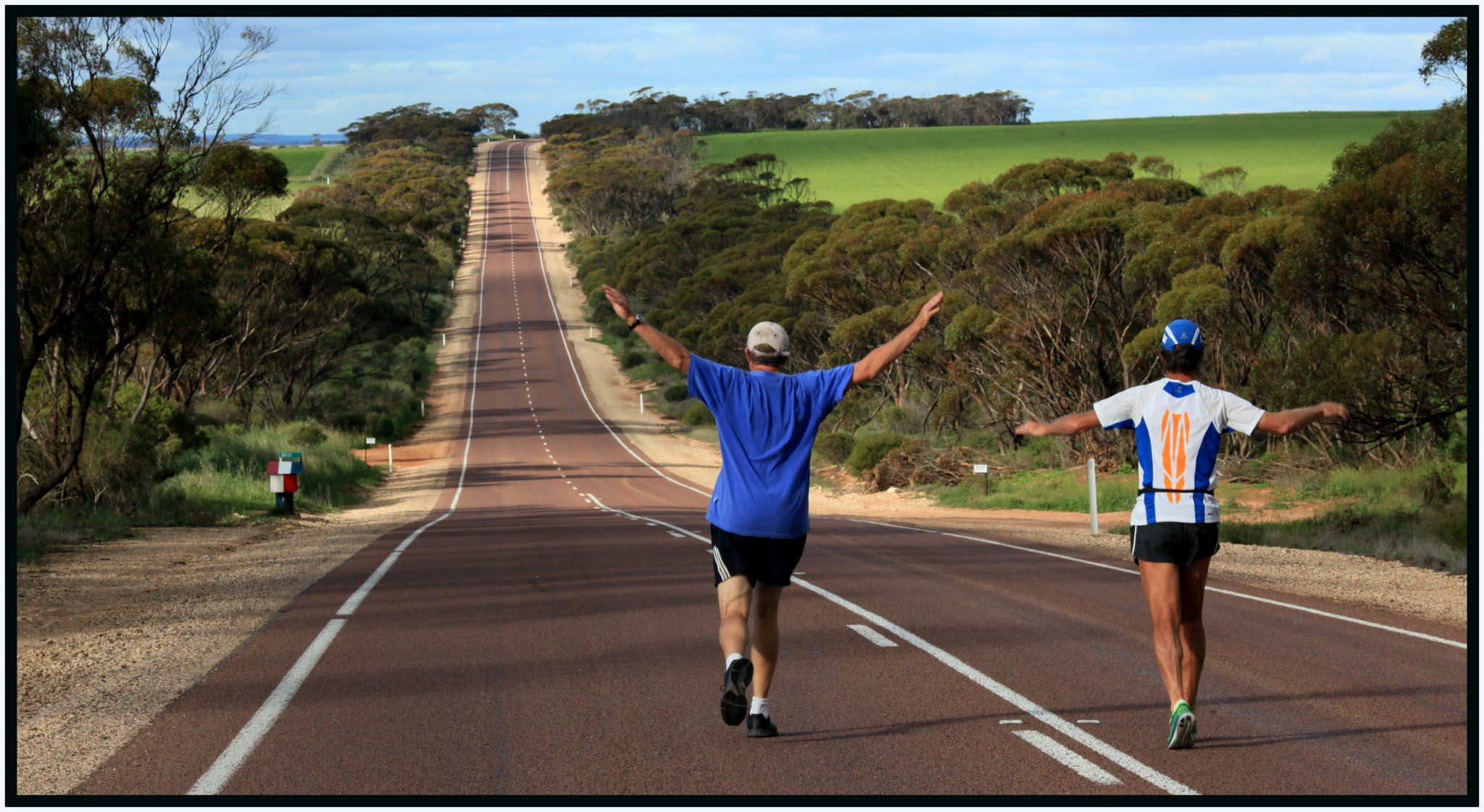