Yesterday I ran a 2 km time trial – a distance I rarely do. I was happy to stop the clock at 7:49, feeling pretty good throughout. Then again, I’m only happy with the time given my current age. My best ever 2 km was when I was 23 years old – a 5:56.

The video for today is an interesting one. As I was running along this road in Illinois I discovered a childhood home of Abraham Lincoln. Well, the home isn’t there anymore, but it’s the site of where he lived. The video gives you a sense of the countryside young Abe would have seen on a daily basis.

There are also four photos from around the same region, which I was running through at the height of the summer heat in 2012. And also a couple of photos from a year later, as I was running across the Eyre Peninsula in South Australia, accompanied at the end of the day in both these photos by Jeff. 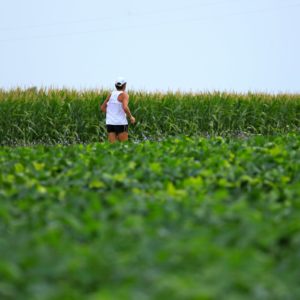 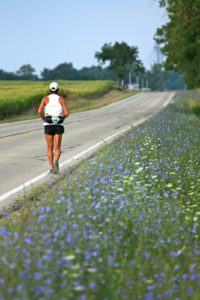 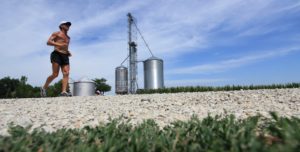