Today marks five years since an interesting day on my run around the world. A week after Chook’s amazing 55 km into Streaky Bay, I was joined by Eric, another of the Tour de Bois. He was there to do a few days of running with me into Port Augusta. I hadn’t realised it until he arrived, but Eric was determined to beat Chook’s record for the greatest distance run with me on a single day of the world run. To beat Chook, Eric needed to run 56 km that day. But he’d never before run more than 35 km.

Eric flew in to Adelaide, hired a car, and drove out on to the Eyre Peninsula. After a rough night sleeping on the ground by the road, he finally found us early in the morning. We enjoyed some abalone for breakfast, cooked over an open fire, and then began our day. I wasn’t confident Eric would be able to do it. This doubt was exacerbated when he started having calf troubles at 15 km.

However, despite everyone’s trepidations, Eric kept going all day until we reached 56 km, setting a new record. We stayed that night at the Nuttbush Station. The support crew (Carmel, Jeff, Michael, Jane, and Peter) prepared a feast to celebrate Eric’s accomplishment but, alas, Eric was too cattle-trucked to participate. He was in bed very early. Amazingly, Eric backed up with 25 km the following day, and then 25 km more the day after. But it turned out to be too much – he ended up with a hip problem that persisted for more than a year and still gives him trouble to this day.

Below are some photos from the day. 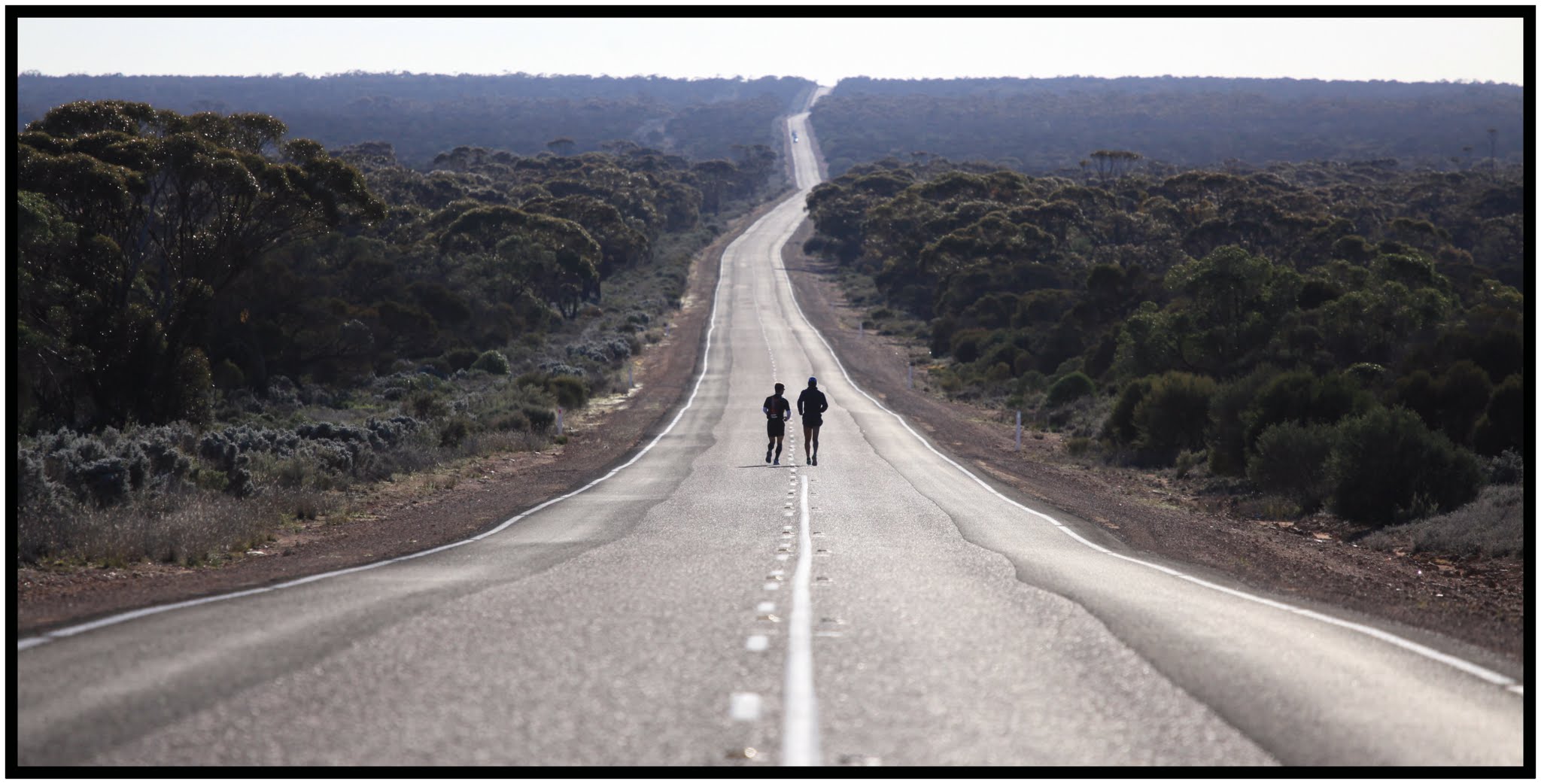