I did an unusual sprint session this morning – a “ladder” that I went up and down. I ran 25m, 50m, 75m, and 100m, then the reverse, finishing with 25m as fast as I could go. I’m hoping it helps increase my stride length, which should lead to an overall increase in speed.

There are lots of photos from the world run today. The 2013 shots are from the time my friend Eric accompanied me into Port Augusta in South Australia on this date. And there are six photos from 2012 in southern Illinois around the same date. These include one of the thermometer I was carrying, indicating it was 140F (60C) out on the road. It was excruciatingly hot, especially when combined with running. The local police thought I was crazy, but I managed to survive with Carmel’s help. She had a bucket of ice with a towel to wrap around my head and neck. I was doing a lot of running on the old Route 66 at the time, and there is also a photo of that. 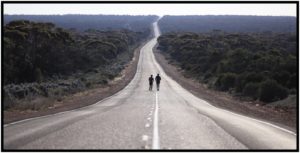 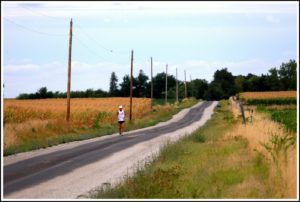 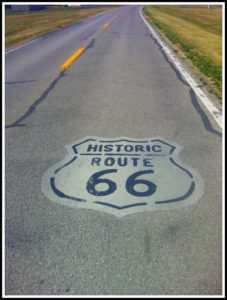 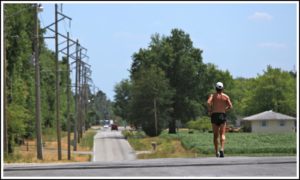