The course of the Tour de France last night (Australian time) was another that followed parts of both my world run and several cycling trips I’ve done through France. The riders went over the Col du Tourmalet again, a mountain pass I’ve ridden three times now. And they finished the previous day in Pau, where I celebrated my 52nd birthday on the world run.

Monday’s time trial will see me having another crack at Centennial Park. My last attempt was a 15:40 three weeks ago. So far this year I’ve managed to improve each time I’ve done a time trial. That can’t go on forever. Will Monday be the first retrograde step on my road to faster running?

Lots of photos this post, all from this day five years ago. It was the last day of three that Eric ran with me. He did 25 km and left late morning to head back to Sydney. I continued on, cresting the pass over the lower Flinders Ranges, then down to Wilmington, before finishing not far from Melrose. The first photo is with Eric, not far out of Port Augusta. The second and third are as I’m approaching the Flinders, the fourth is on my way down into Wilmington, while the final photo is as I ran through the main street of Wilmington, which, by the way, is where I first tasted an Old Ev’s pie – still the best pies I’ve ever had. 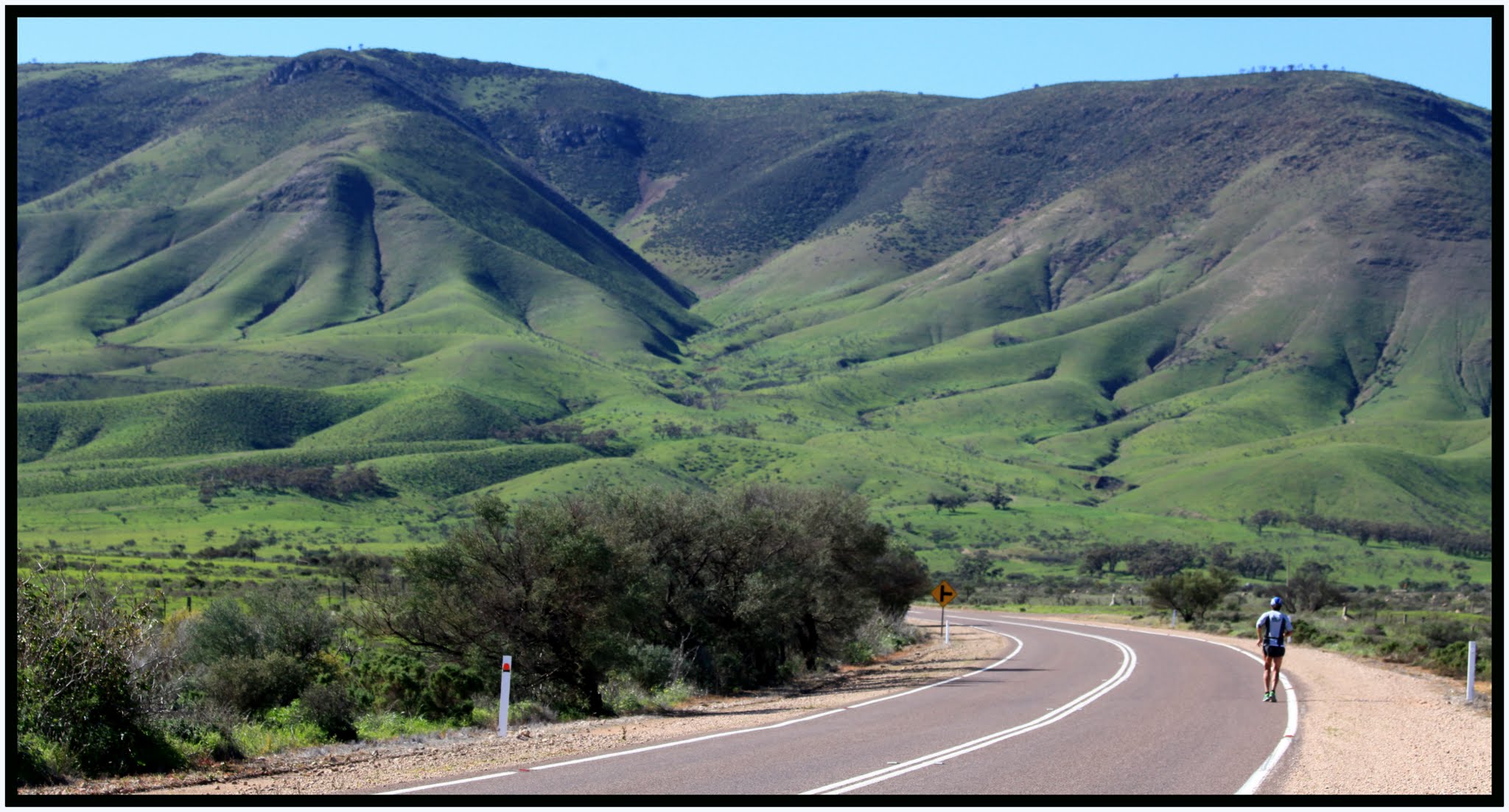 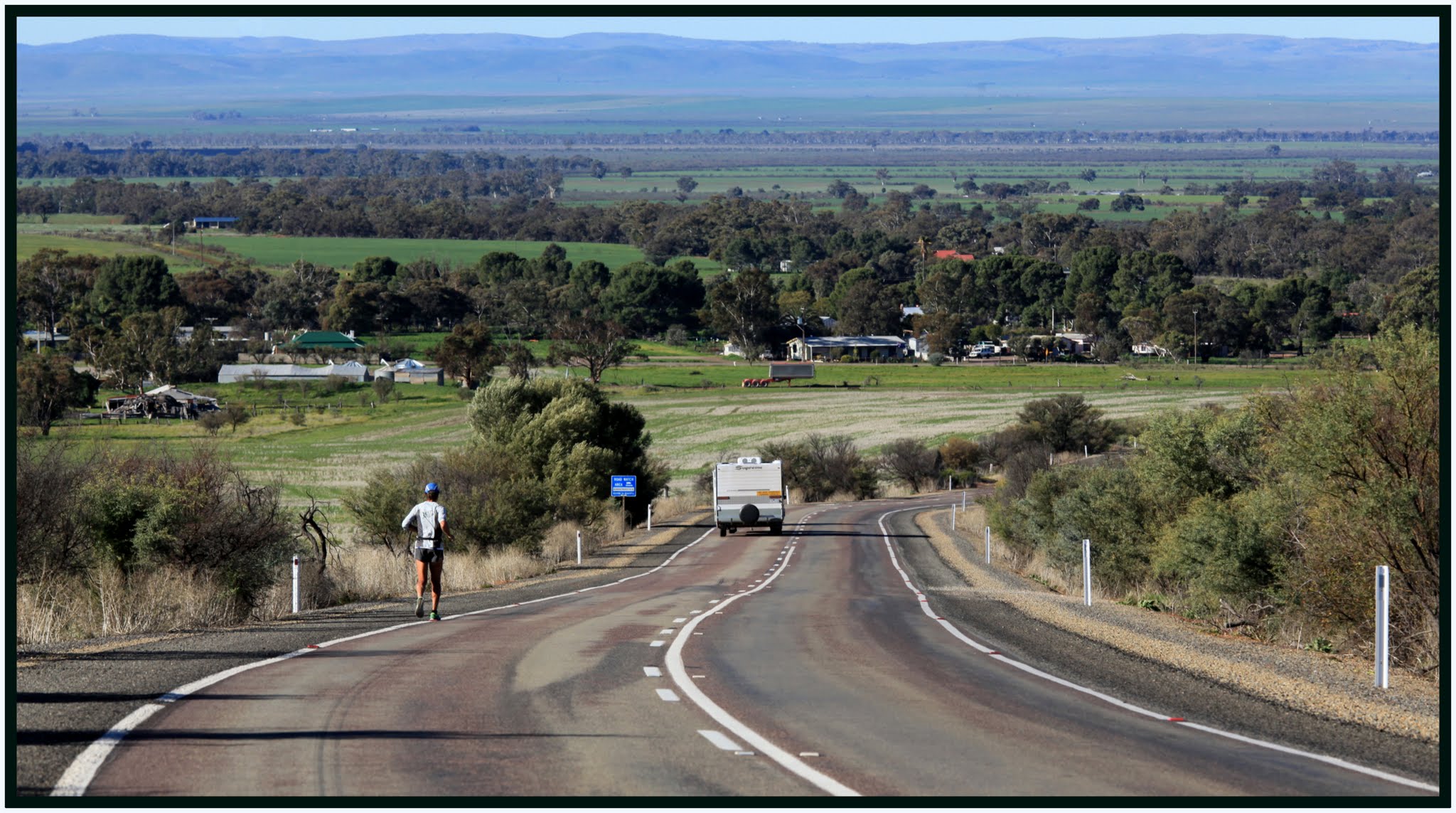 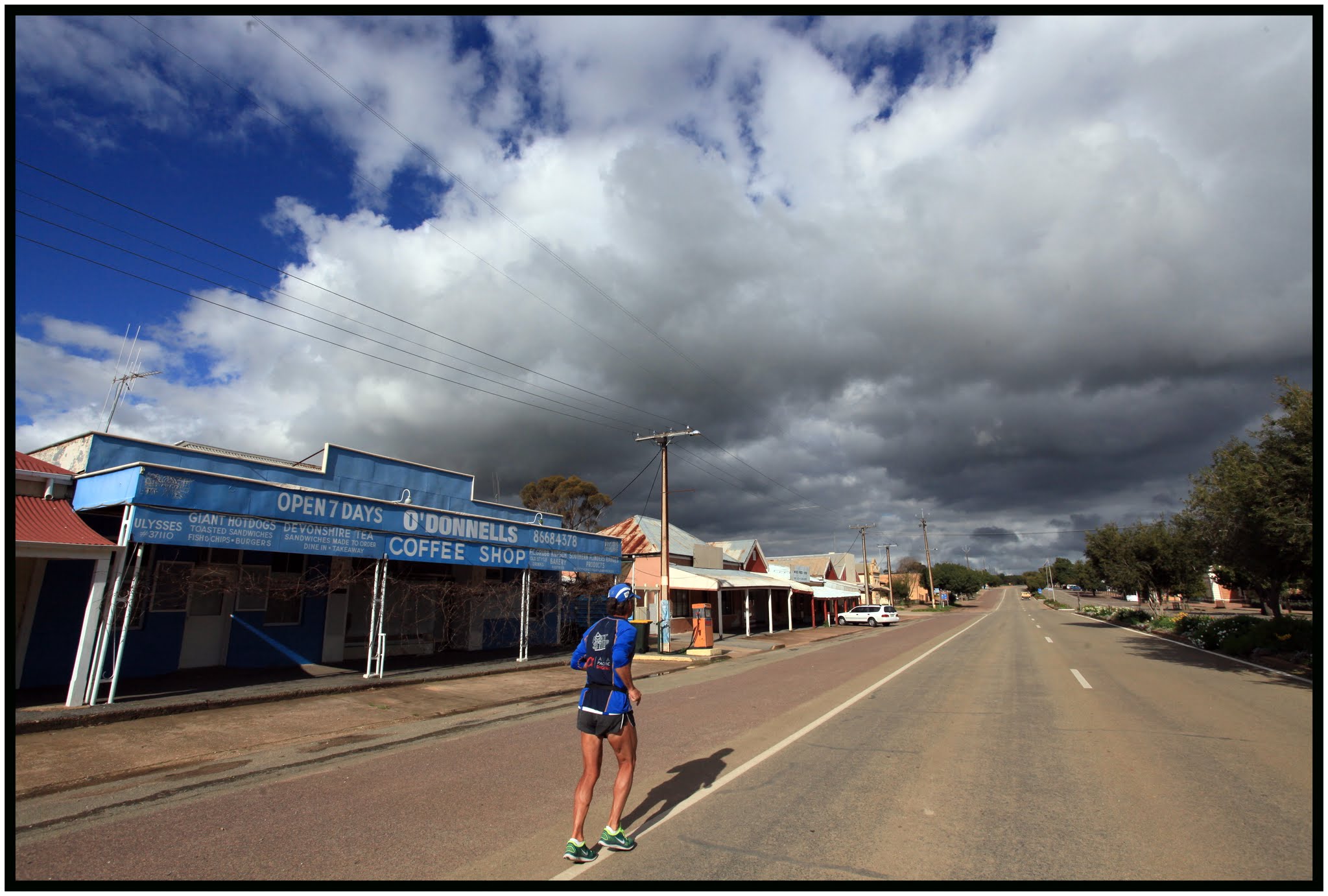