I say ‘surprisingly’ because I’m about 2 kg heavier now than I was four weeks ago, so I expected to be slower. However, I actually felt more comfortable. So, despite the extra weight, my cardiovascular fitness has improved.

June resulted in my lowest daily average of running so far this year. And, coupled with the international and domestic travel, and the extra eating and drinking that entailed, it’s no wonder I’ve put a bit on. Now I just have to take it off again and I should be seeing faster times for my time trials.

By the way, these 3 km times (and other time trials) are certainly not fast. They’re among the slowest I’ve ever run. But I normally do these time trials when I’m around the 74-76 kg mark. Today I weighed in at over 81 kg. That level of extra weight always takes its toll.

The Big Red Run has concluded, but the results for Day 5 and the overall standings have not been published yet. I’m not sure why. I did note that Helmut (last year’s winner) was still in 4th place after Day 4. I doubt he made up the necessary ground during the 5th day, although he might have picked up a place or two. We’ll just have to wait until the results are out.

On this day five years ago, as I was running across the western part of the Nullarbor between the roadhouses of Caiguna and Cocklebiddy, I encountered AFL legend, Shane Crawford. He was cycling from Melbourne to Perth. This is the view as we approached each other, with his support crew filming me (they’d heard I’d be passing them that day). Shane stopped and interviewed me for the AFL Footy Show, before we both went on our separate ways. It was an interesting interlude to an otherwise uninteresting day of running. 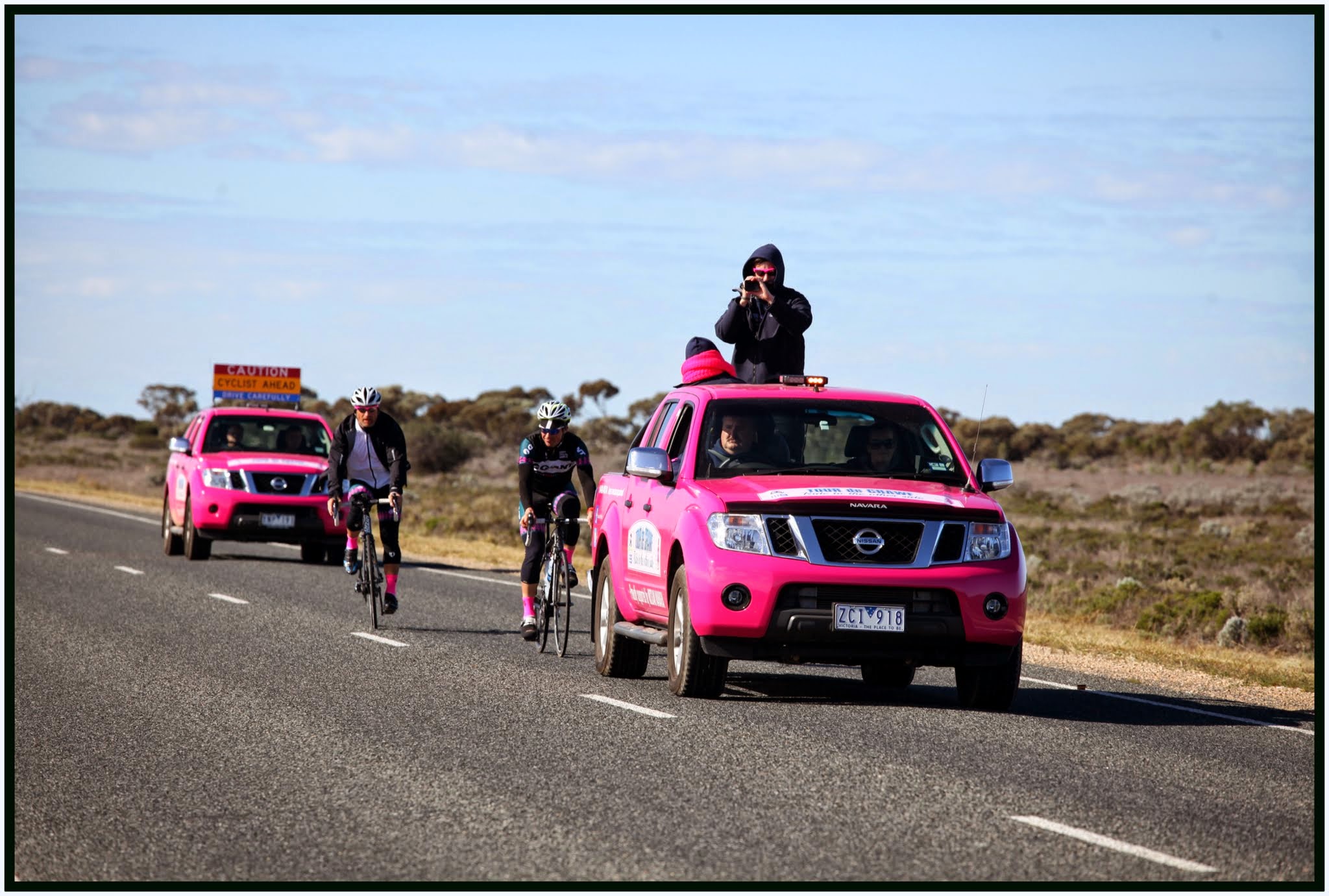