I ran a fast 1 km on Monday. For some reason I had a very tight calf and considered giving it a miss. But I took a risk, although I was far from full speed. Despite that, I managed to stop the clock at 3:56, which really surprised me, being my first fast effort in several months. Had my calf felt better and I pushed harder, I reckon the time would have been closer to 3:30.

Today’s photos are from the end of Illinois and the start of Missouri, back at this time in 2012. In fact, the London Olympics began the day before I reached St Louis. There’s a photo below of Hannah being silly with the St Louis arch in the background. There’s also one of me showing the temperature on the hottest day I encountered during the whole run around the world. Yes, it was 140F, or 60C. Try running 50 km in that heat. Thankfully, I managed without dying. 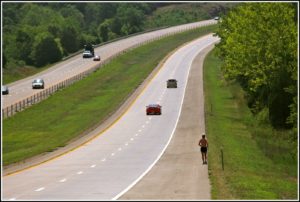 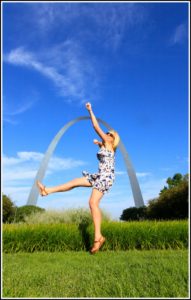 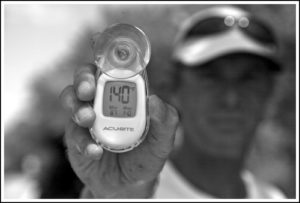