Today’s speed work entailed 8 x 100 metre sprints, averaging around 18.5 seconds. I decided to do this session to improve my stride length. Some call it ‘leg speed’, which is a bit misleading. The speed at which your legs move, otherwise known as cadence, doesn’t drop off much with either age or lack of fitness. It’s how far you propel yourself with each step that gets shorter. By doing some shorter and faster sprints, I should get quicker via increasing my stride length.

On this day in 2012 I was east of Pierre, the capital of South Dakota. Below is a video from the day I crossed the Missouri River into Pierre, as well as some photos from that time – one in the streets of Pierre, hometown of Lynell Asher, and another of me looking pensive prior to heading out into the rain that day. There’s also a video from an appearance I made on Singapore TV around the same time in 2013, just prior to commencing my last leg of the world run, across Australia. 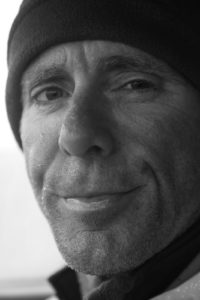