Yesterday I received a call from the cardiologist I visited a few weeks ago. He was calling with  the detailed results of my tests, including that from the iodine dye test.

I was extremely pleased. The arteries of my heart are completely normal with no sign at all of any deposits on the walls. He said I have absolutely nothing to worry about, do not need to modify my diet in any way, and have no need to be tested again for at least a decade.

This was all despite a cholesterol level of 6.5. But remember, that was made up of 2.3 HDL and 4.2 LDL, a bad to good ratio of 1.8, which is much less than normal. Without being an expert, it seems it might be that ratio that’s the important metric, not the total cholesterol. Regardless, it’s nice to know I have no risk of dropping dead on the road – at least not from a heart attack.

Just a note about the 6:15 mile I ran on Monday. I went through the past years of my running log and found the most recent time I’ve run a quick mile. That was two years ago, when I did a session that included 1 km in 3:30 followed by 1 mile in 5:39. So I’m clearly behind where I was then. I can’t believe it’s all because of an extra two years of ageing. At least it gives me a target to aim at.

Carmel recently managed to find the photo album from the Australian leg of my world run. So, for the first time, I’m able to provide photos from that period. This one was taken exactly five years ago as Grace and I ran toward Coolgardie in Western Australia. It’s a very remote stretch of road, close to 200 km long, between the towns of Yellowdine and Coolgardie, with nothing in between. Coolgardie, by the way, was where Herbert Hoover lived for a while when he was working in Australia in the early part of last century as a mining engineer, before going on to be US President from 1929-33. 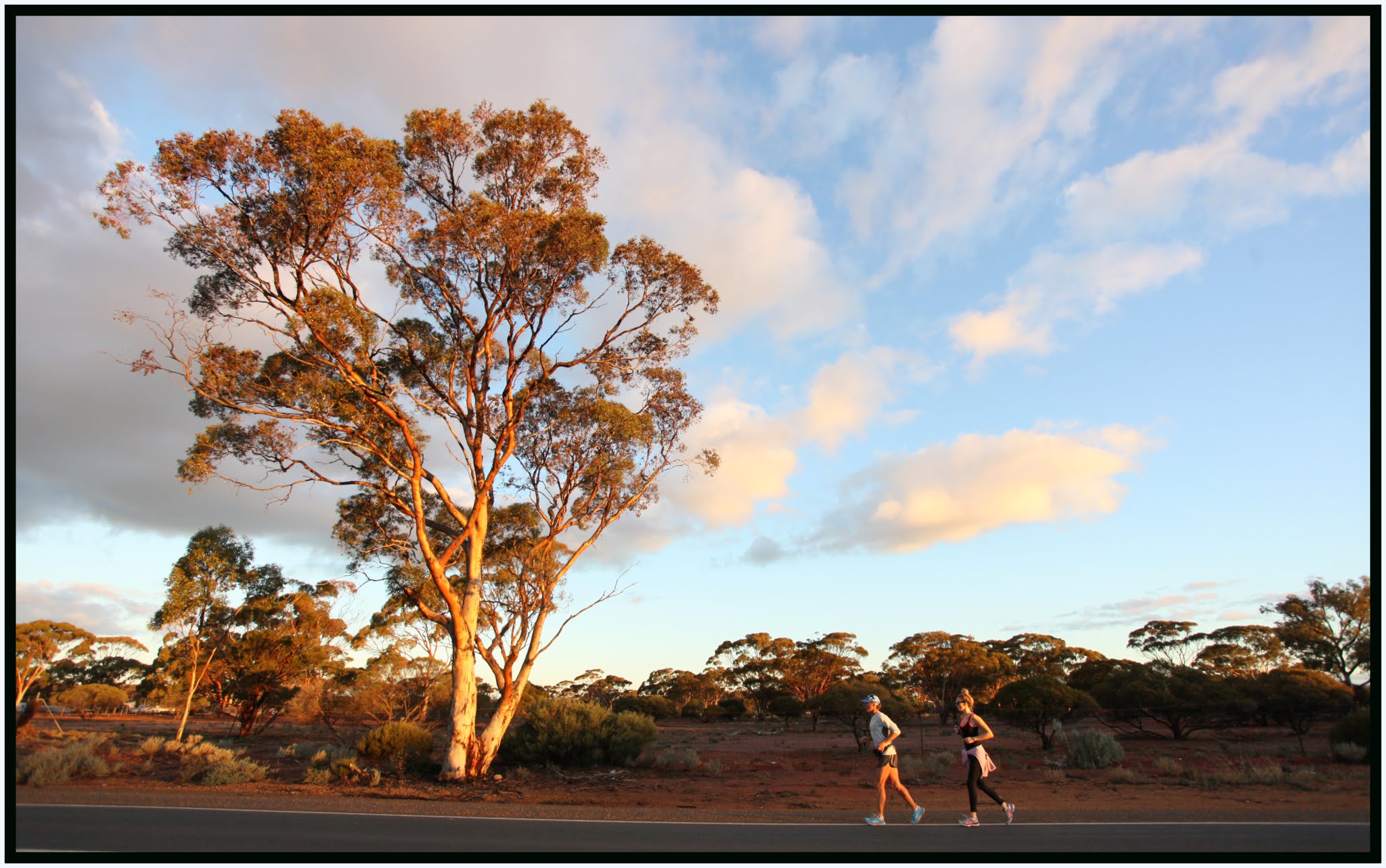