Another good of week of training so far, with 84 km by Thursday morning. While I still won’t be at my best next week for the Royal Double Ultra, I should at least be able to give a reasonable account of myself.

Today’s photos are from northern Minnesota in 2012 as I approached the city of Duluth (which is where Bob Dylan was born). As you’ll see, I was running through torrential rain at one stage, which ended up causing monumental floods, the results of which I’ll elaborate on in the next post.

Other than the rain, it was a very nice period of my run around the world. The video, from near the appropriately named town of Floodwood, was taken before the rain got heavy. The flooding ended up a whole lot worse than what you see here. 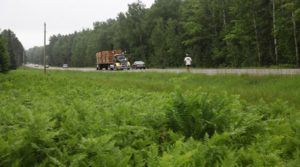 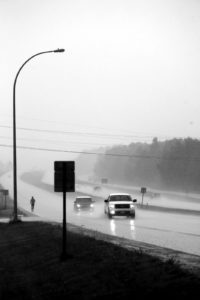