I’m back in Sydney now, so my runs aren’t quite so exotic. More of the same old courses, but I can’t complain too much. There’s plenty of variety around where I live.

All the same, I’d prefer to be out on the road between Yellowdine and Coolgardie,  as I was when the video, photos, and blog posts below were taken/written back in 2013.

Sorry to have missed yesterday’s blog. If you haven’t already, have a read of that one first.

I began this morning in thick fog, with Grace running the first 6 km with me. She had also run the last 5 km with me yesterday, though in very different conditions.

The girls went ahead into Coolgardie fairly early, and dropped off a lot of drinks and food along the way. This worked well. Carmel picked me up later in the day, about 60 km west of Coolgardie. I will run into Coolgardie tomorrow. The tracker, however, is showing me there already, but my official position is 60 km to the west.

I did it a bit tougher than yesterday. It was not an easy day, with very long straight sections of road, bordered by scrubby bush. There was not a single building along the whole course today – it was very remote. There were probably as many road trains as there were cars on the road, but the traffic was not heavy.

Due to the commute to the start this morning, I didn’t finish the 60 km until just after dark. There is plenty of room for me to run on the side of the road, but I still seem to spook the drivers when they see me emerge into their headlights.

I have a long commute to the start tomorrow, so will probably finish in the dark again, but at least I will be finishing at the motel. 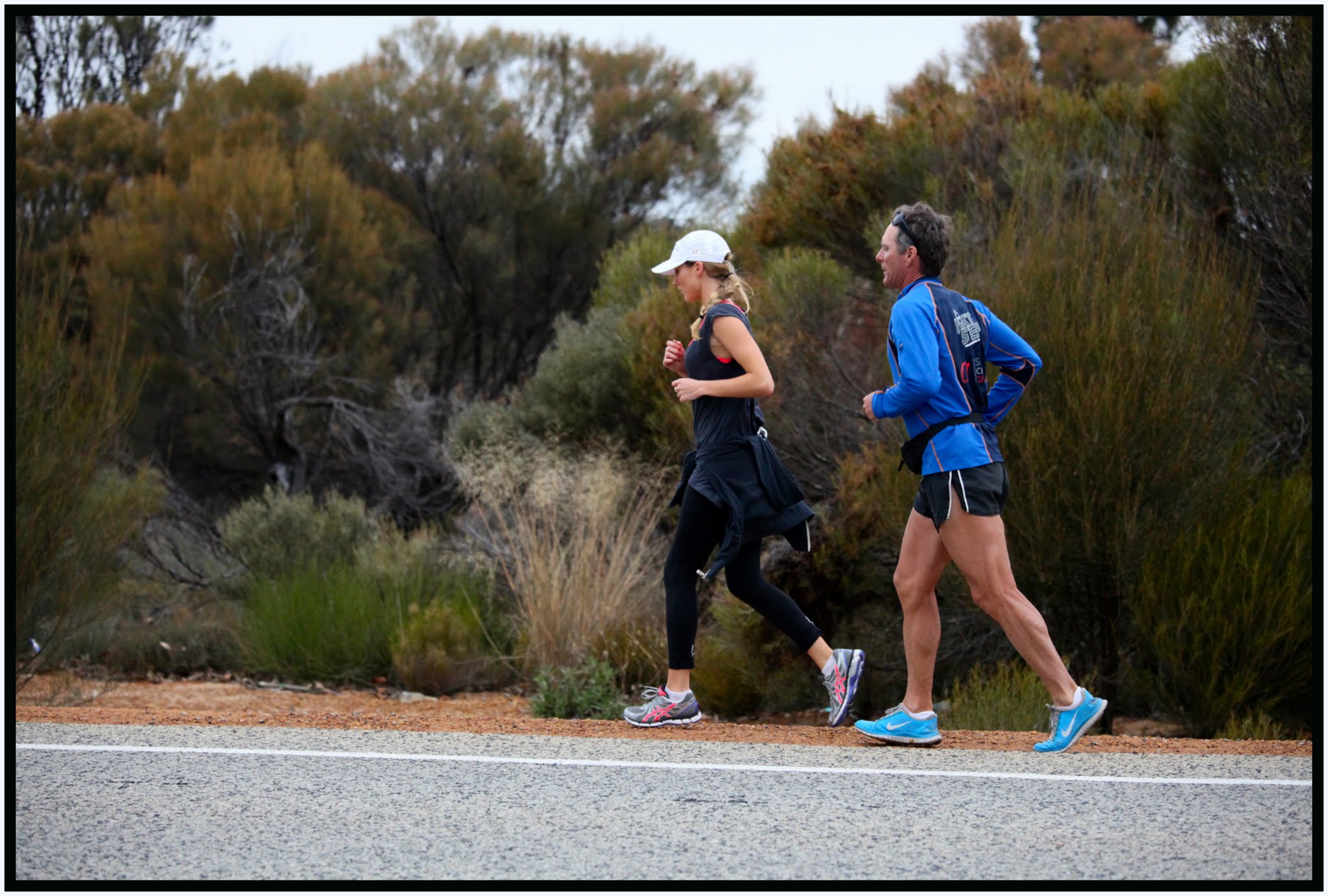 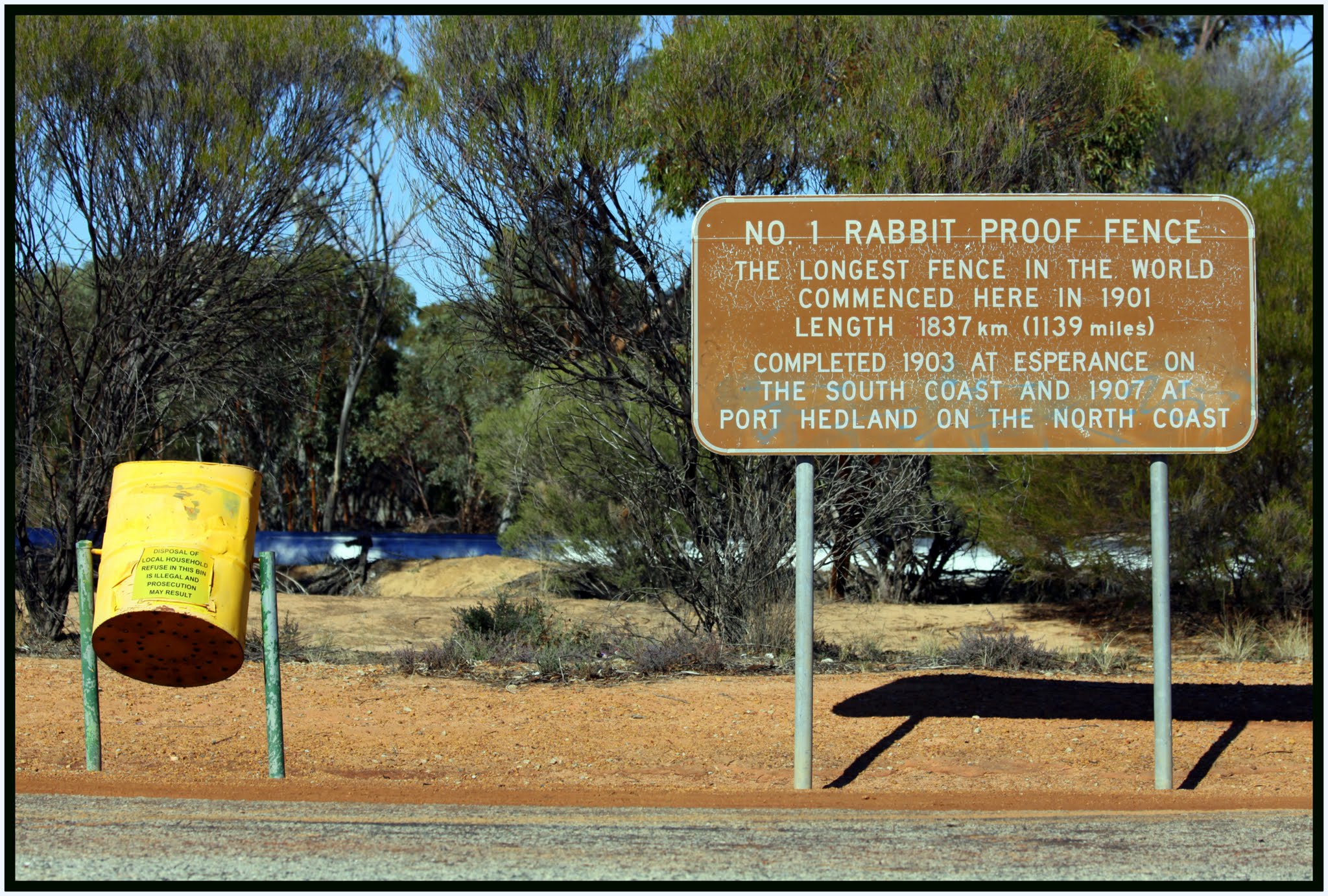 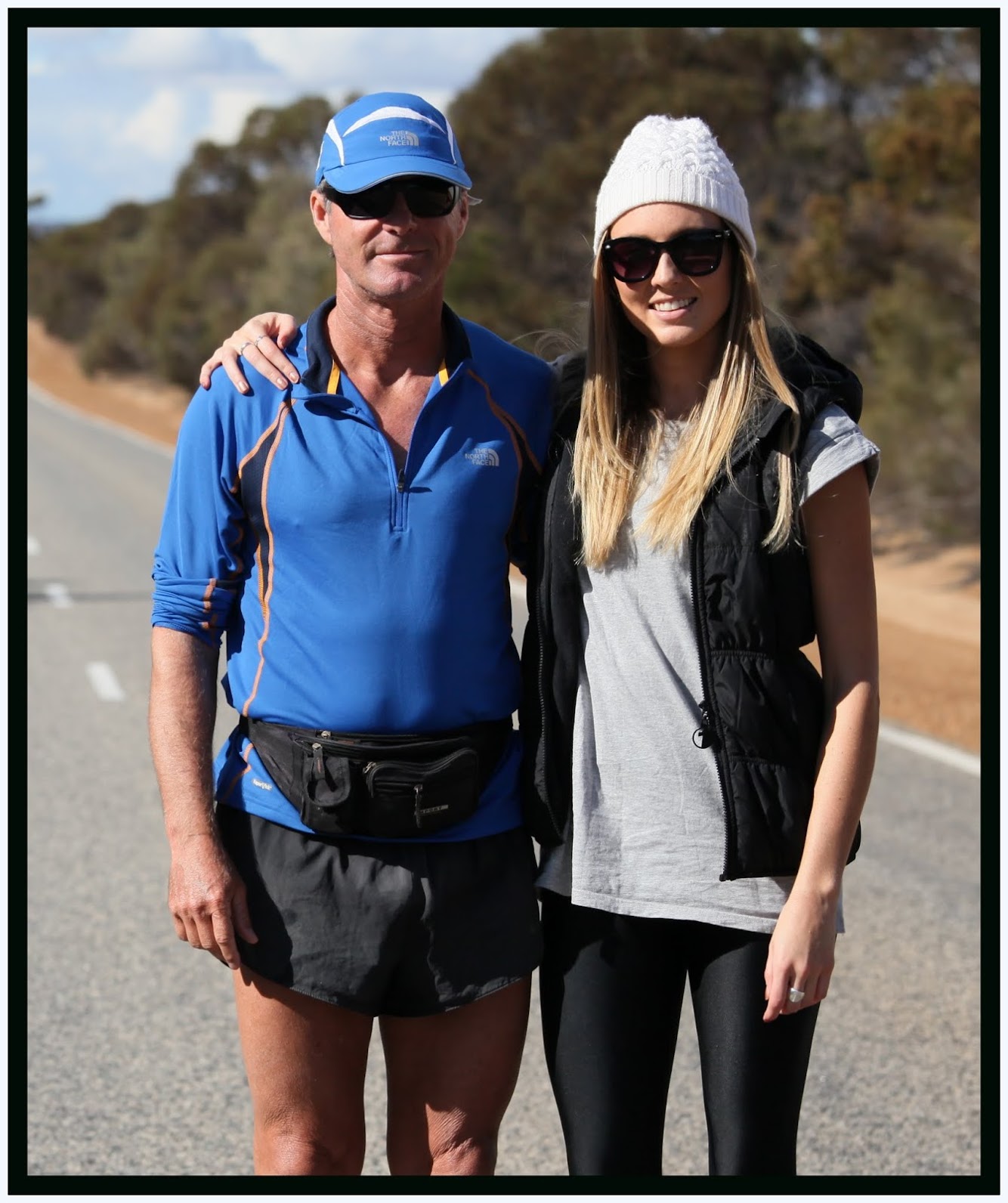 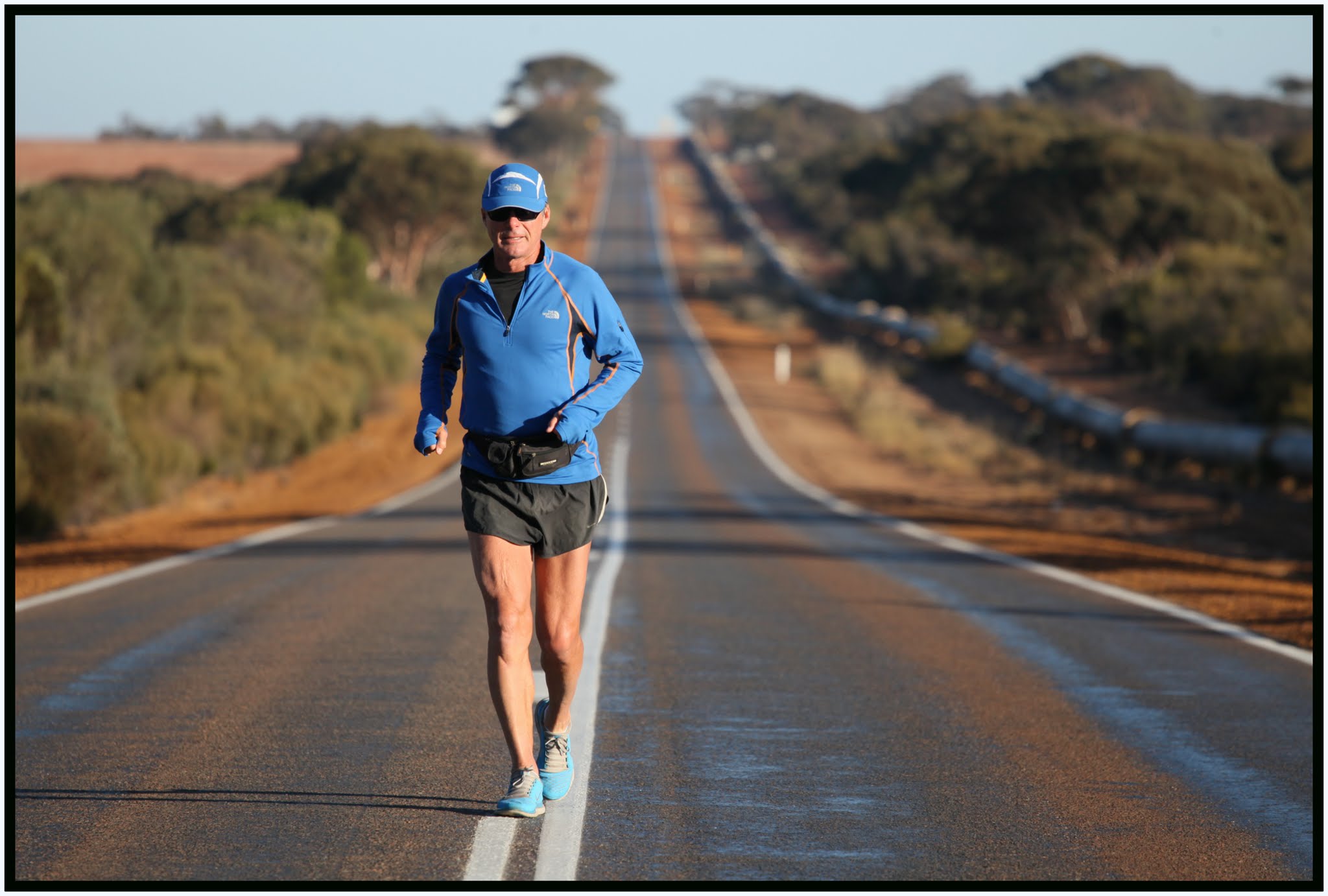 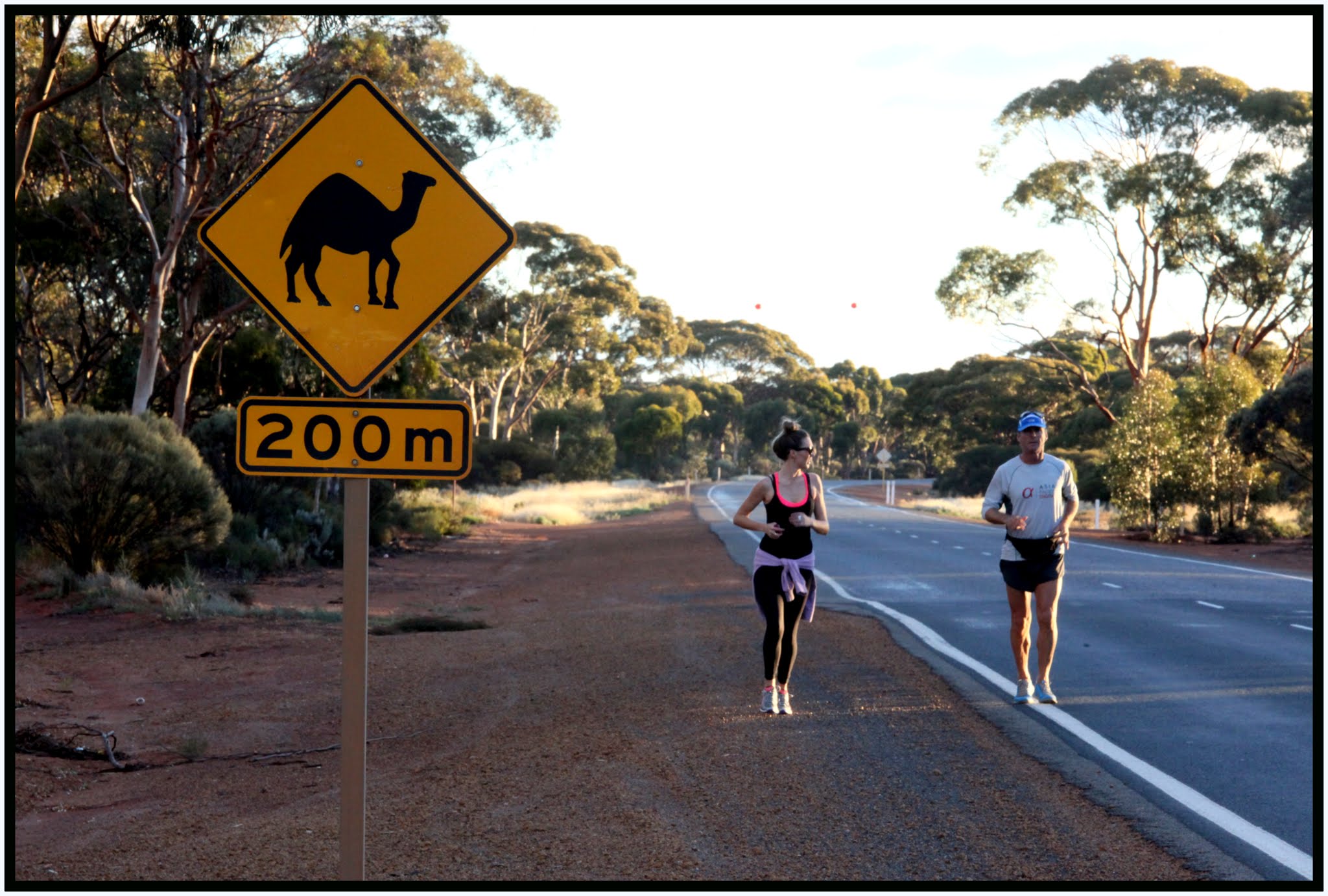 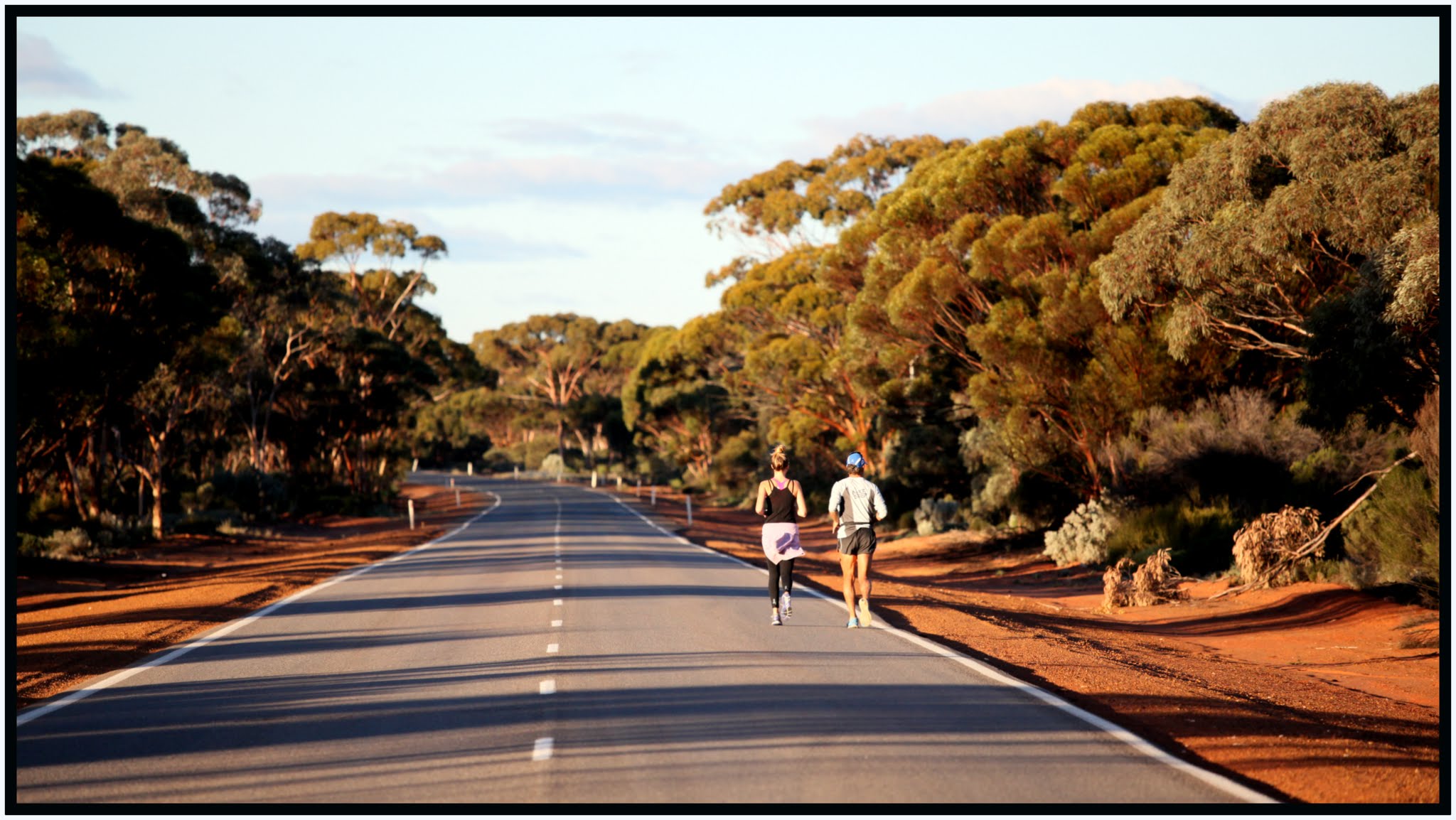