After my Centennial Park time trial on Monday, I got curious about past occasions when I’d done the same thing. So, last night I went through all my old running logs and recorded every Centennial Park run since 1995 into a spreadsheet and graphed it (see below). The results are interesting.

Clearly the trend indicates I’m getting slower (huge shock!!!!). But several of the times – for example, during early 2015 – were run quite casually. I haven’t really run a serious CP time trial (at top pace when fully fit) since mid 2015, and those times weren’t much slower than 20 years earlier. However, maybe the rot has set in – let’s see how I go in the months ahead. 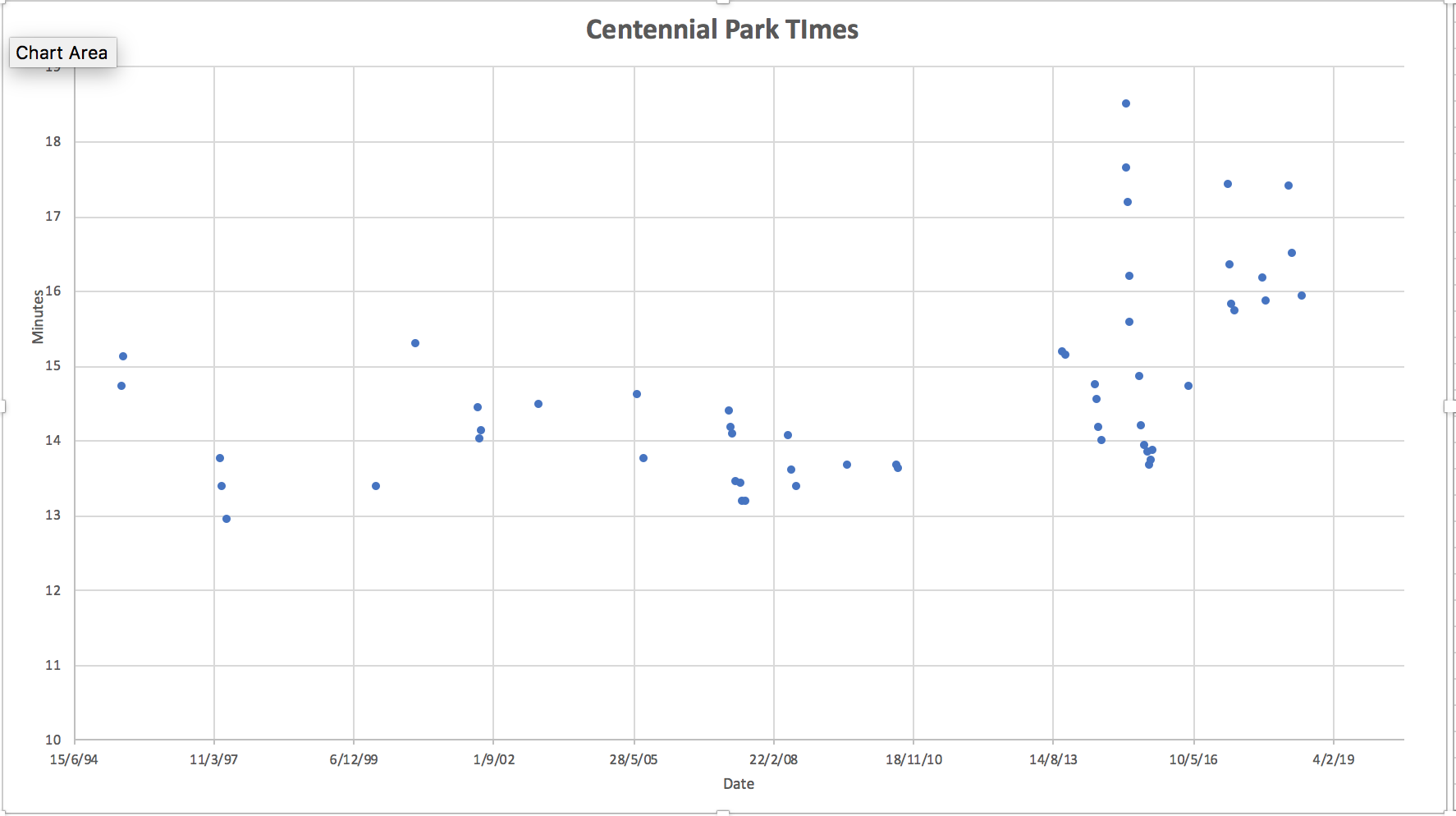 The Big Red Run has begun. Times for the first day were quite similar to last year. And a few of my friends from 2017 are backing up – Helmut, Ian, Steve, and Neil, to name a few. Helmut won the race last year, despite finishing 3rd on Day 1. This year he finished 4th on Day 1, so there’s not a lot in it. He may be on track again for top place, or at least a podium finish. I’ll keep you all updated in the days ahead.

To finish, below is a photo from this day five years ago. It was taken about 150 km east of Norseman in Western Australia, at the start of the Nullarbor stretch. You can see the Fraser Range in the background. This was a typical scene for the next one thousand or so kilometres. It might look a bit monotonous, but I can assure you it was a joy to run.