If you’d like to know what it’s like to run across the Mississippi River in Minneapolis, have a look at today’s video from my world run. At this time back in 2012 I was about to begin a stretch of several days running alongside the Mississippi. There will be more photos of this in the next post.

Despite temperatures of 36C, I felt really quite good as I paralleled the Mississippi River downstream. I’ll be running along the river quite a bit over the next several days. I’m looking forward to it, but not to the high temperatures that are predicted.

Hot, hot, hot – it really started to get to me during the afternoon. I wanted to go further today, but was lucky just to make it to my regular 50 km. Whereas I was regularly able to do days of 55 to 60 km earlier in the year, I can’t see myself being able to run much further than 50 km during the summer. It’s just too hard being out in the heat for so many hours during the middle of the day. It also slows me down, as I have to take lots of breaks for drinks etc, which ultimately keeps me out in the heat even longer.

Although I was within striking distance of the Mississippi River all day, I didn’t actually see it, but that will change as of tomorrow. At least I did achieve a big milestone today – 200 marathons. And it’s taken me less than six months to do so.

I also heard that my sponsor, Next Digital, has won the award for the Best State Government Site for their design of Tourism Victoria’s web site. A sign of things to come, as I’m sure the company will be receiving many more accolades in the future. 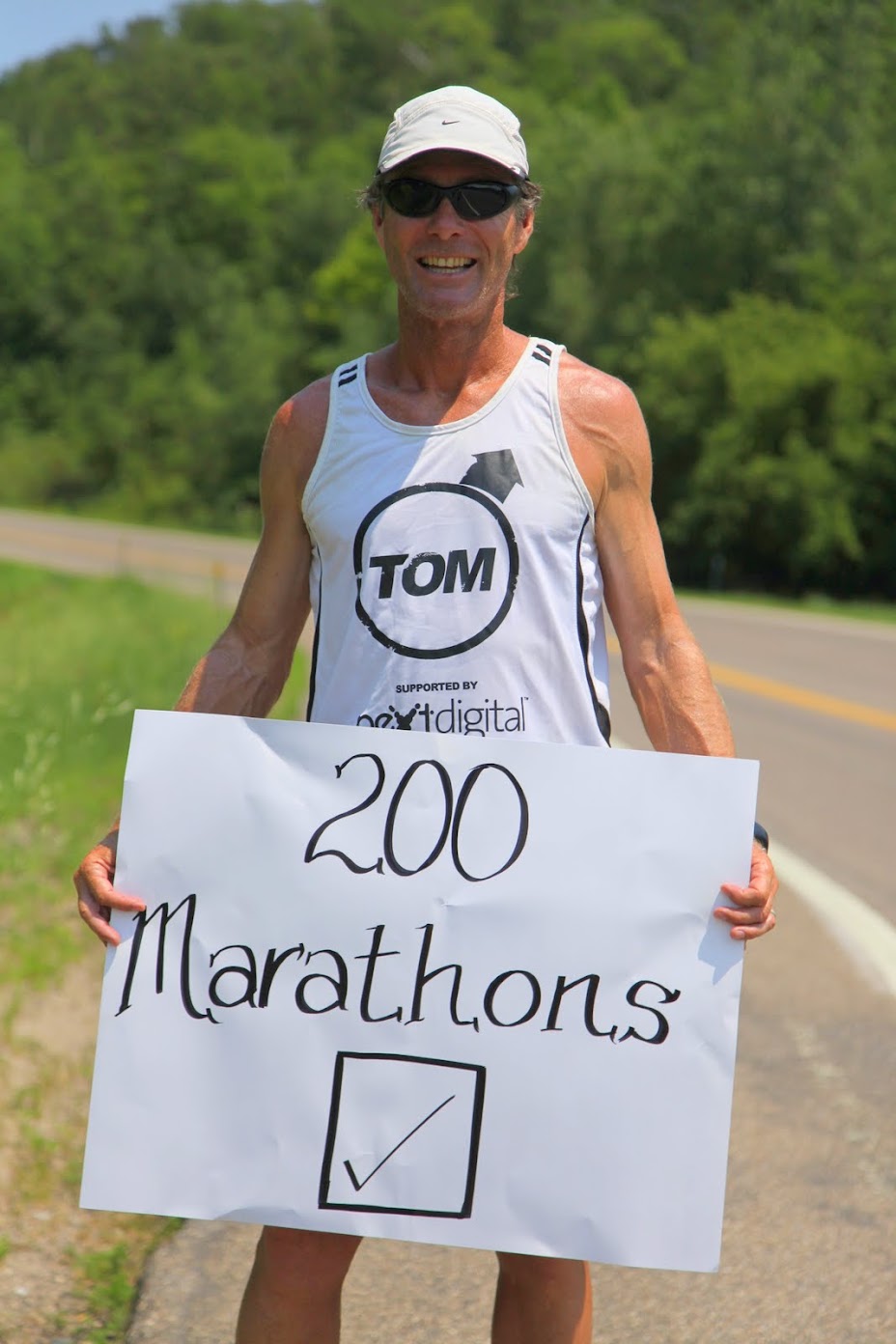