By this date in 2013 I had reached a point between Kalgoorlie and Norseman in WA. The traffic was becoming more sparse and the landscape had moved from farming to scrubby forest with many dry lakes. The video from the Widgiemooltha Roadhouse is enlightening. And I was only a day away from starting the 1200 km leg between Norseman and Ceduna, with nothing but roadhouses and small villages in between.

We now have two world runners/walkers traversing Australia. Besides Lootie (https://lootie-run.com/blog/), who has just reached the Eyre Peninsula, Tony Mangan (https://www.facebook.com/tony.mangan.14) has just recommenced his world walk from Darwin. He walked from Perth to Sydney and up to Darwin in 2016/17, and is now aiming to complete a lap of Australia by walking from Darwin to Perth. He has been off the road since the start of Covid, having had to stop his walk at that time in Oman.

After the effort of three consecutive 60 km days, it was nice to have a short one. I ran from the Gold Rush Motel in Coolgardie to the Midas Motel in Kalgoorlie, a total of just over 38 km. Both motels have been very generous in providing us with accommodation free of cost.

Both towns owe their existence to gold mining. Coolgardie was the original boom town, but was soon overshadowed by Kalgoorlie, and still is to this day. Both still boast productive reserves of gold. There are numerous mines between the two towns, as I found out today. I also found several coins on the side of the road, one of them a 2 cent coin. These haven’t been in circulation for years.

I was met by a small team from the local Kalgoorlie newspaper on my arrival in the town, conducting a short interview before I reached the motel. Arriving early, I indulged in the luxury of an afternoon nap.

Grace flies home in the morning. It has been great having her along. She has totalled over 40 km with me on the road. This places her fifth on the list of most kilometres run with me, behind Chook, Barry, Dave, and The Hud. We’ll be dropping Grace at the airport tomorrow, and I’ll then start heading out of Kalgoorlie. The Nullarbor beckons.

The perfect weather continued today – blue skies, a light breeze, and temperatures around 18C. While the traffic was quite heavy between Kalgoorlie and Kambalda yesterday, it was much lighter today as I headed toward Norseman, and the start of the Nullarbor. I estimate an average of about one vehicle per minute.

For more than 500 km, from near Perth to Kalgoorlie, I had the great Coolgardie Water Pipeline to keep me company. Now I have just a road with trees alongside. It’s tranquil, but there’s not much variety in the landscape.

The day was, once again, without incident. I did get to meet a group of older bikies, who were out for a Sunday ride, but, other than that, it was very quiet. We are staying at the classically named Widgiemooltha tonight – essentially a roadhouse with basic accommodation. Once again, the mining boom has pushed up prices beyond what most people would consider reasonable. It’s hitting the budget hard. 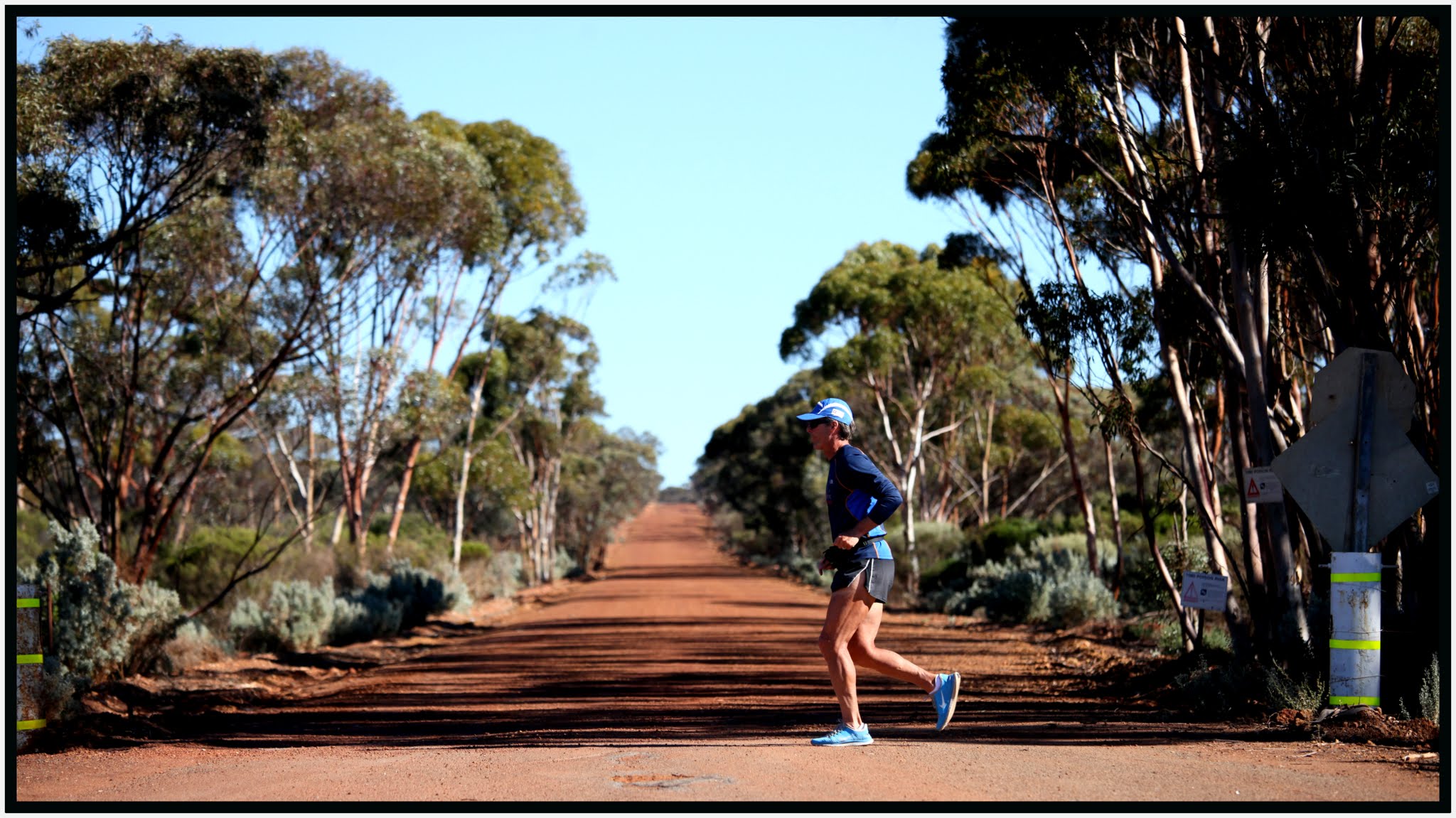 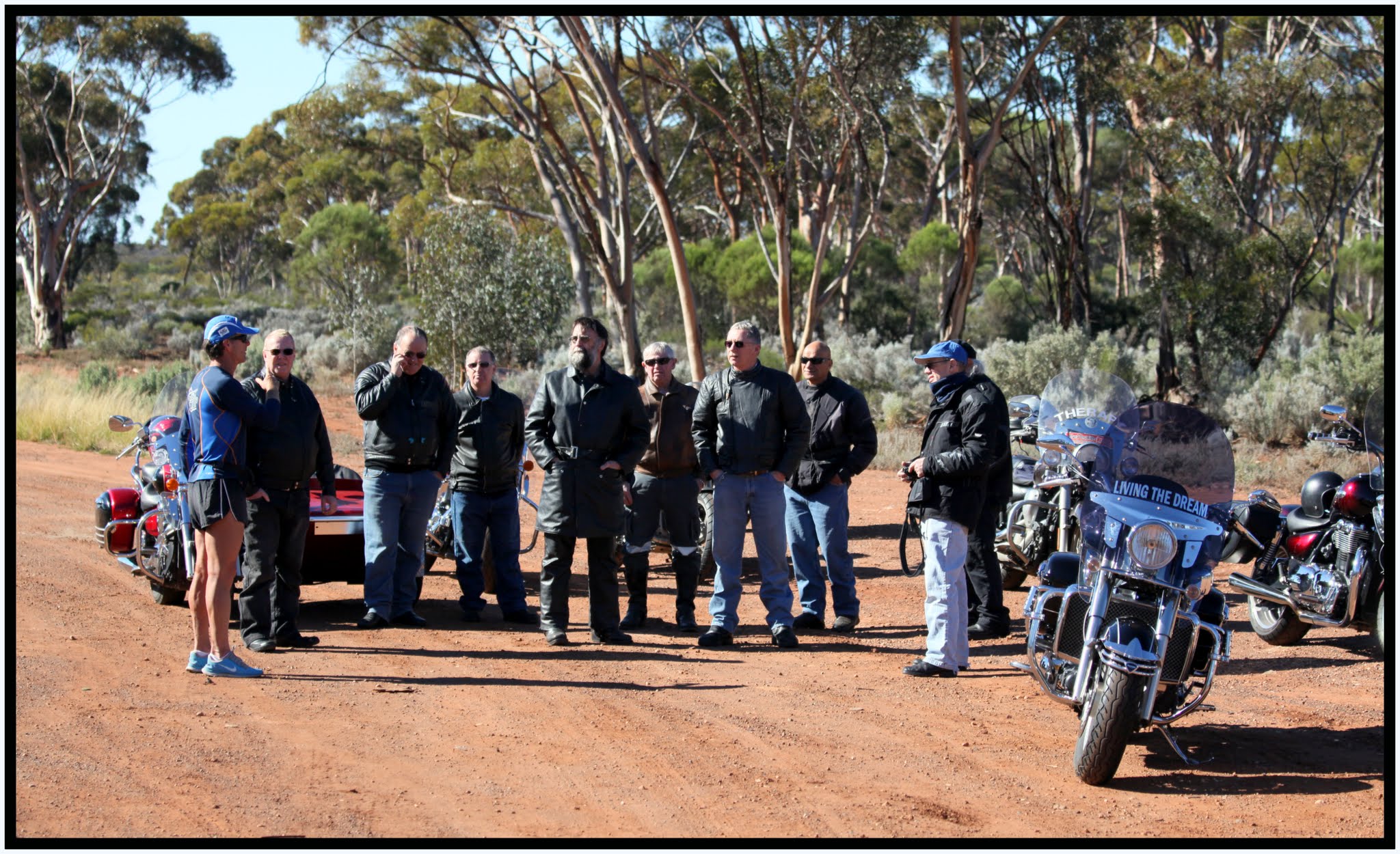 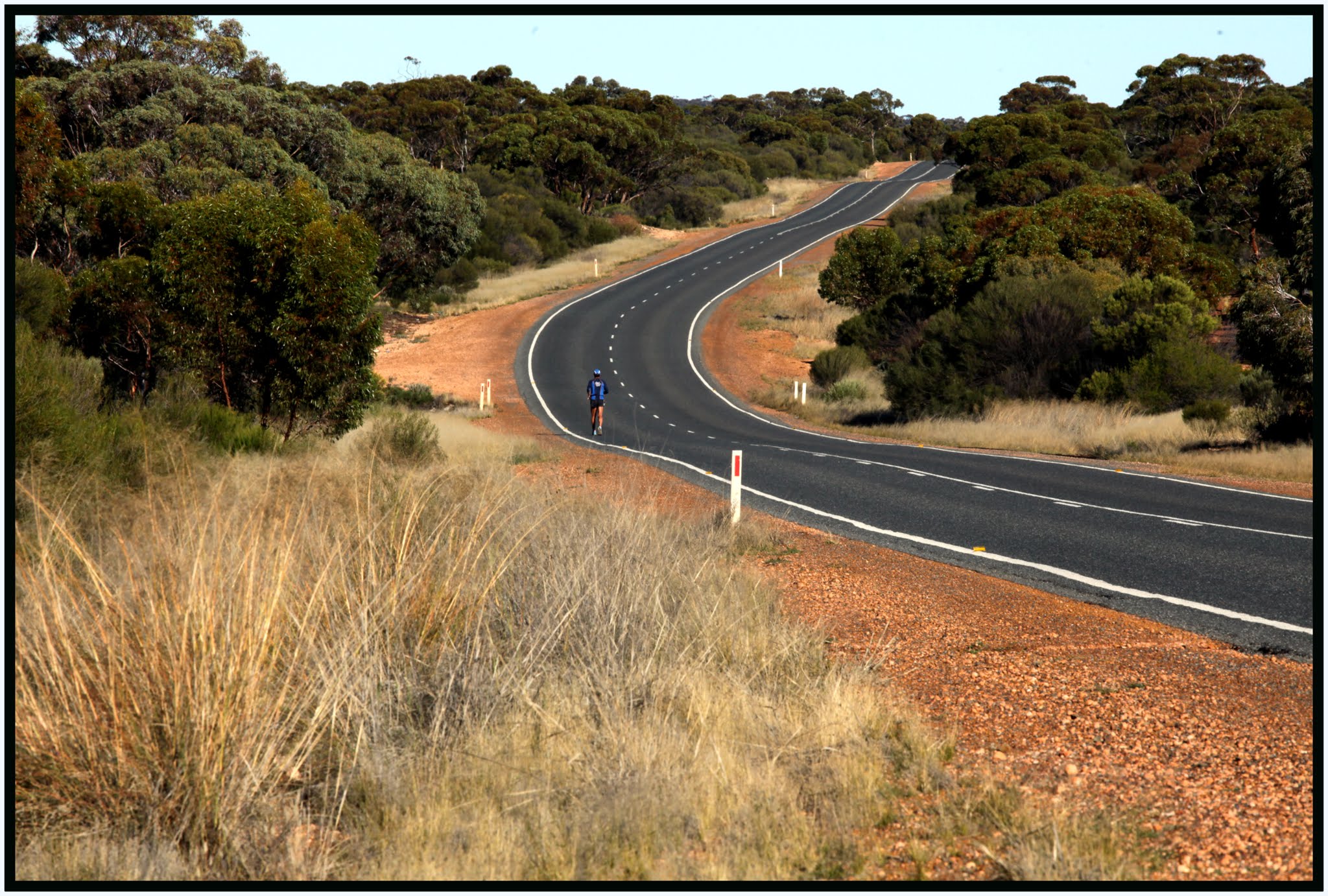 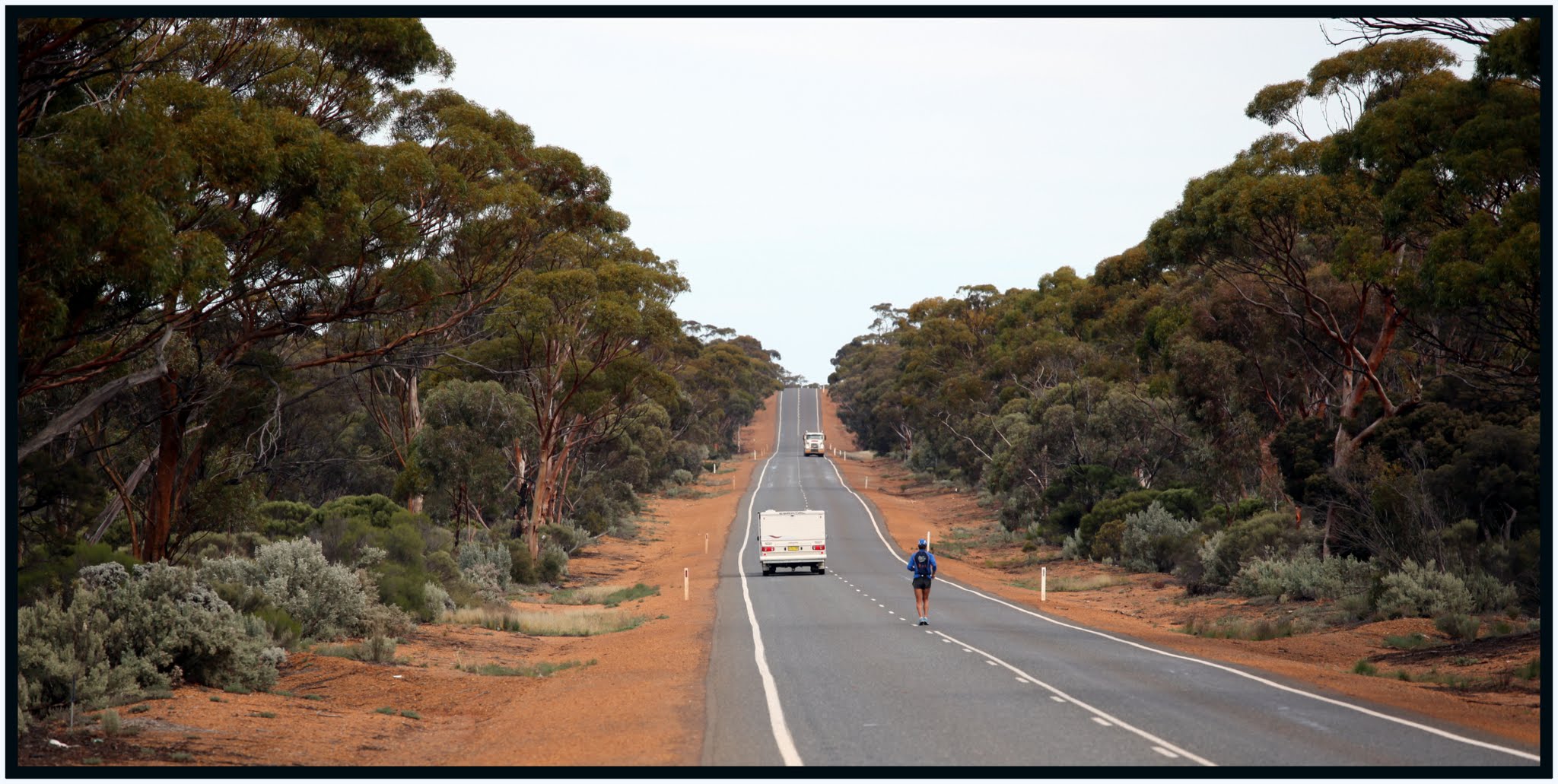