Yesterday I ran a 1 km time trial in 3:40. While I had to put in quite an effort, it wasn’t particularly difficult. I’m very pleased to be getting down to that sort of time so soon and so easily. My aim is to beat the 3:20 I ran last October. Anyhow, for the moment, my post-60 year old PB for 1 km is now 3:40.

Today’s world run posts and videos are from the California-Arizona section – a fantastic region for running.

In recent days there has been nothing to eat along the way, so I’ve just had a banana that I take with me, and then I eat when I finish. I’ve found it to be better than the daily burger I was having for lunch around LA. Today, however, I had my first burrito for lunch. A small shop was selling burritos in the town of Ripley, so I had one with beans and enjoyed it immensely. I just might make it a habit.

Sometimes you know when you wake up that it’s going to be a hard day. Today didn’t disappoint.

I awoke feeling well below par, and with a bad case of “the runs”. I really didn’t feel like getting out of bed, let alone on the road, despite it being a lovely day. But I did regardless.

It was a hard slog across the Colorado River and into Arizona, and then the road I was following turned to a very rough and rocky gravel surface. The going was difficult and I was constantly feeling the sharp rocks through my shoes. I was also having to regularly duck into the bushes. Eventually the road turned back to bitumen – small mercies.

I pushed on to the 34 km mark, where I had to make another unscheduled pitstop in the bushes – only this time I stood on some sort of cactus thorns which went right through my running shoes. I had to spend the next 20 minutes digging thorns out of the shoes before I could run again.

Finally, as I was nearing my planned 50 km for the day, the road turned to an even worse surface. Given that the support vehicle was due to pick me up soon, I called and asked the crew to come and get me earlier. I definitely didn’t want them driving Chook’s car on this goat track that doubled as a road.

So I cut the day short by a few kilometres, but was ultimately very pleased to have covered a good distance when feeling poorly. It’s a good psychological filip to be able to knock over nearly 50 km when feeling so below par. I’m glad to say, however, that I’m on the improve. I’m sure it was something I ate. Libby appears to have a similar affliction.

The milestone for the day was passing 2,000 miles. It might sound like a lot, but my good friend, Tony Mangan, recently passed 10,000 miles in the Ecuadorian Andes. OK, he started 15 months before me, but it’s still a mighty achievement, doing it on his own – no support crew for that tough dude.

We lost an hour today when crossing a time zone into Arizona. It’s the first time I’ve ever run across a time zone. There will be many more to come. Tomorrow we lose another hour due to daylight saving starting here in the US. It’s going to be hard to wake up in the morning.

Once again, I will start by recounting last night. As I mentioned in yesterday’s blog, we stayed at a great little place – the Westward Motel at Salome. It turns out the proprietor, Rande (pronounced Randy), was a career “roadie”, and worked on tour with some of the world’s biggest bands. He has been on world and national tours with, among others, The Rolling Stones (three times), The Police, Pink Floyd, The Grateful Dead, Deep Purple, Ted Nugent, The Moody Blues, The Allman Brothers, Kenny Rogers, Rush, Genesis, John Mellencamp, Dolly Parton, and Heart. What a resume’! And he’s a great guy to talk to over a few red wines. Make sure you stay there if you’re ever passing through Arizona.

This morning I awoke with a sore right foot, and a bit of the same feeling I had two days ago. But within a kilometre I was feeling 100% again, as I headed off along some of the straightest roads I’ve ever run on. In fact, one section was 34 km without the slightest turn or kink in the road, and it was almost dead flat. Surprisingly, I didn’t get bored. I stopped for the day at precisely 50 km.

Perhaps the highlight of the day was when I heard the unmistakable roar of air force jets overhead, and looked up to see two of them firing missiles of some sort. The missiles flew rapidly through the air, trailing a smoky plume behind their fiery exhaust, before exploding a few kilometres up in the air. The jets then flew off again at high speed, having completed their practice manoeuvres.

Tonight we’re in the town of Aguila, staying at Burro Jim’s Motel, and we will be dining at Coyote Flats Cafe. Stay tuned.

Last night we had a very enojoyable time in the Coyote Flats Bar and Cafe. This place is a classic, and is straight out of the movies. Tonight we’re in Wickenburg – another place with well-preserved wild-west buildings. And tomorrow we’re in Phoenix, where I’ll be catching up with an old friend, Walter. 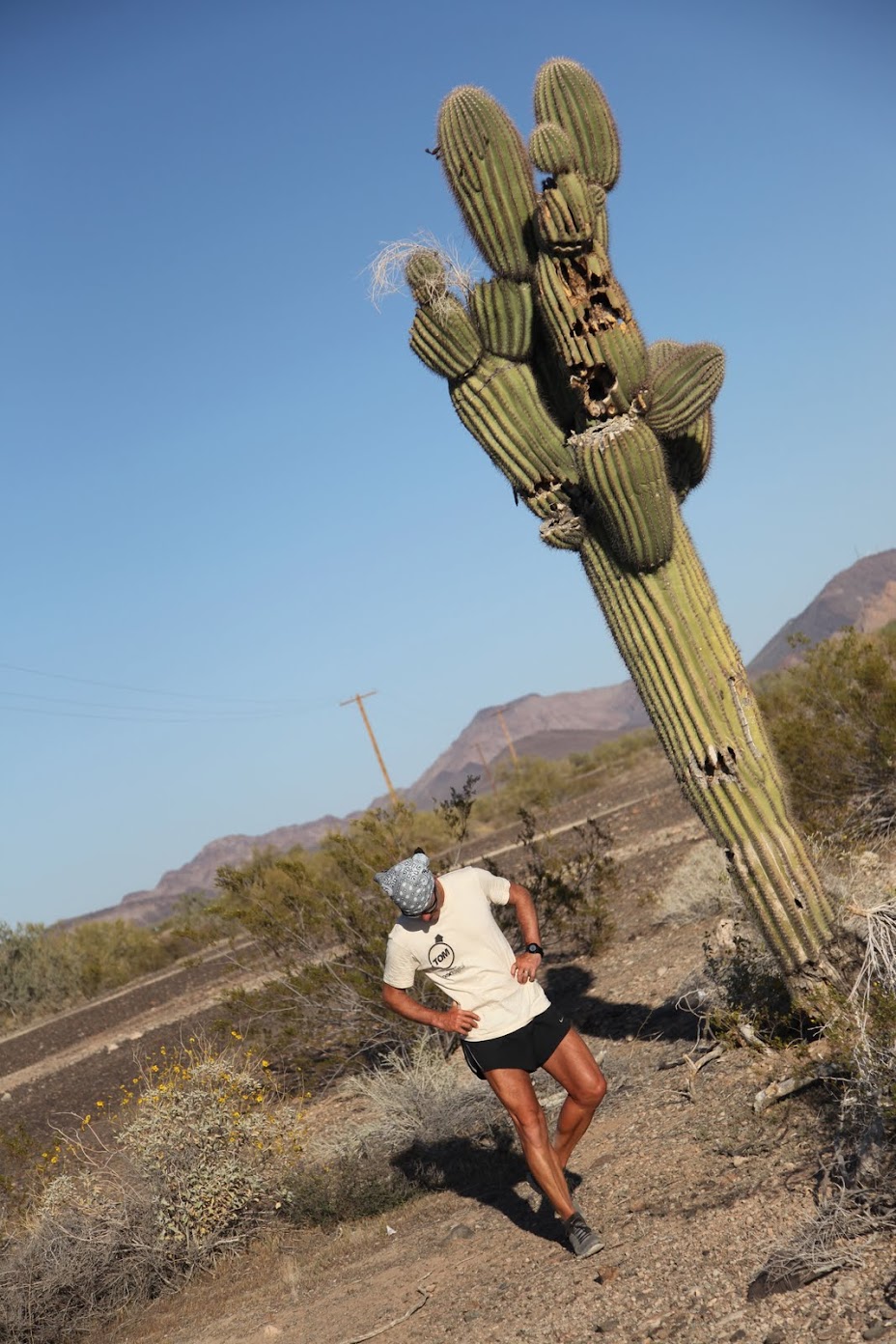 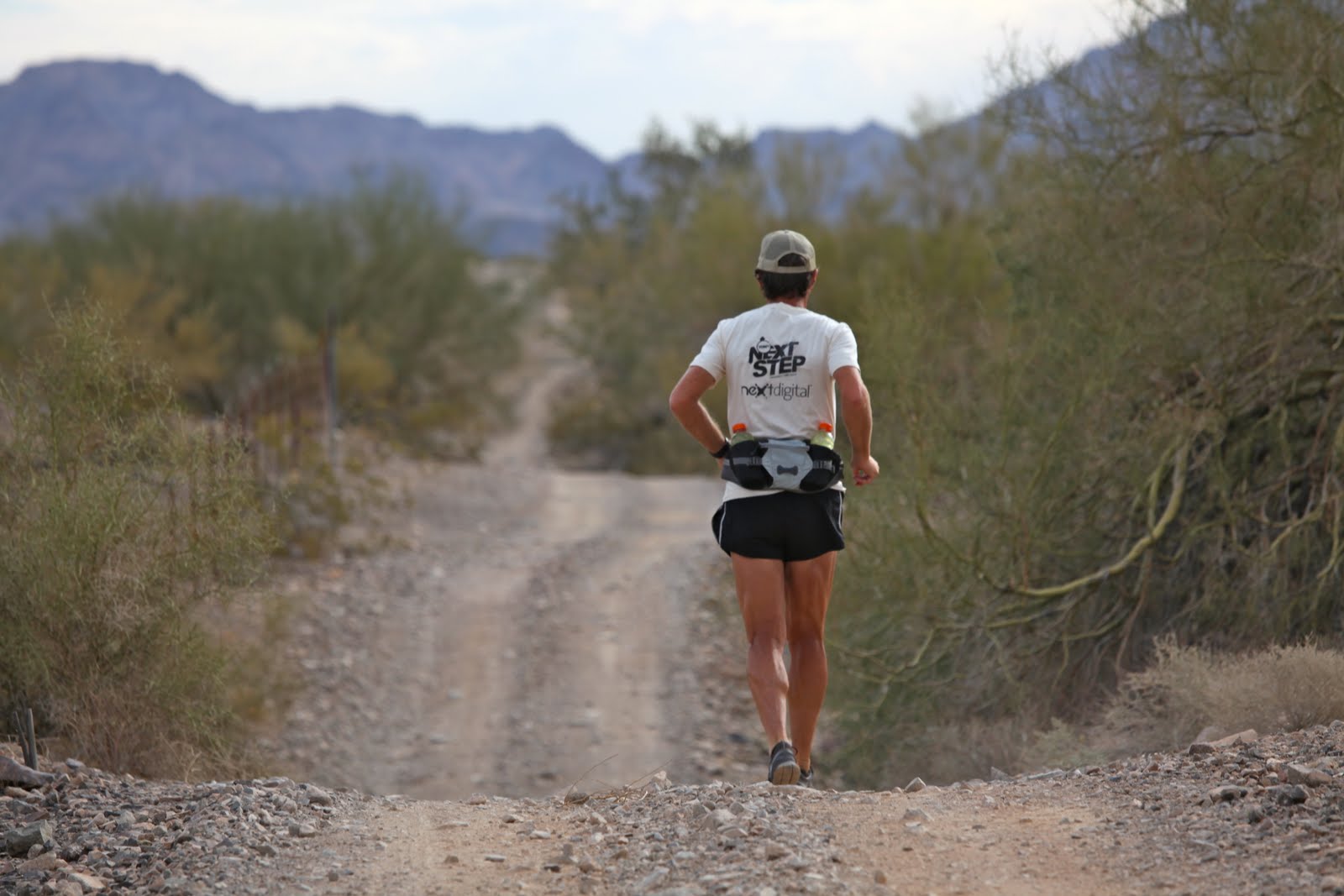 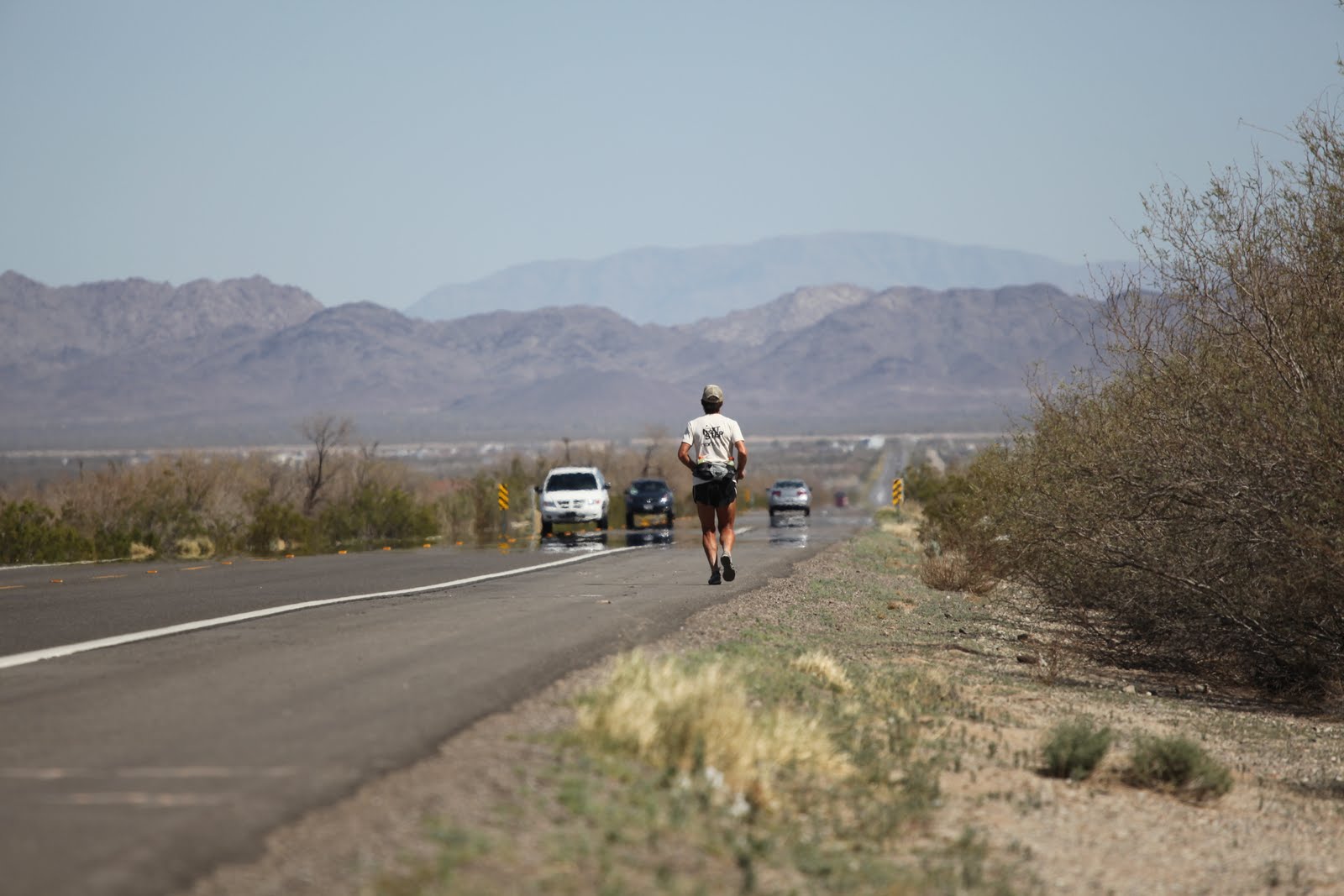