Lot’s of videos and photos for you today. If you’re only going to watch one video, make it the fifth one, where I reach the Grand Canyon.

I wasn’t sure I’d be doing any running today. I awoke to a sky that was snowing heavily, and a ground that was already densely laden with snow from yesterday and overnight.

There were two main problems – could we dig the support vehicle out and have the crew drive on the dangerous roads, and would the conditions be too dangerous for me? Running in sub-zero temperatures in the countryside is dangerous enough, but the chance of cars losing control on the slippery roads and hitting me, especially given I had to run in the traffic lane or else in two foot deep snow, was not an insignificant possibility.

But I thought I’d give it a go. I dug out the support vehicle (see photos – sorry Chook, but the car didn’t suffer from anything worse that a chilly night in the open air) and we all hit the road – me on foot.

I was really pleased I did, as the snow stopped, the sun came out, and the day was perfect. One highlight was when I passed a cow that seemed to have something wrong with it. It turned out to have just given birth minutes earlier, and the placenta was still hanging out. The little calf was on the ground, and I watched as it gradually stood up on very wobbly legs, taking several minutes to gain its balance. And we humans take approximately a year to reach that same stage.

I finished the day with nearly 52 km, and now have only three days to go till I reach the Grand Canyon. I estimate a week after that I’ll be at Monument Valley, doing the Forrest Gump thing.

The highlight of the day was watching big clumps of snow, too heavy to cling to the branches of the trees any longer, continually falling and hitting the ground in an explosion of white powder.

I’ve been running on Route 66 for the past 30 km or so, and we’re staying right on an authentic part of the road tonight. The town of Williams is a real classic. It sustains itself with Grand Canyon tourist traffic, which allows it to maintain the original Route 66 feel. If you’re ever visiting the Grand Canyon, make sure you include a stop at Williams.

As has become usual when I have a long day, the GPS watch battery wasn’t up to the task, and I stopped it at 53.5 km, just before it ran out. It doesn’t seem to last as long in cold weather. I had my spare Garmin with me, and engaged it immediately. Therefore, you will find two Garmin links at the head of this blog. 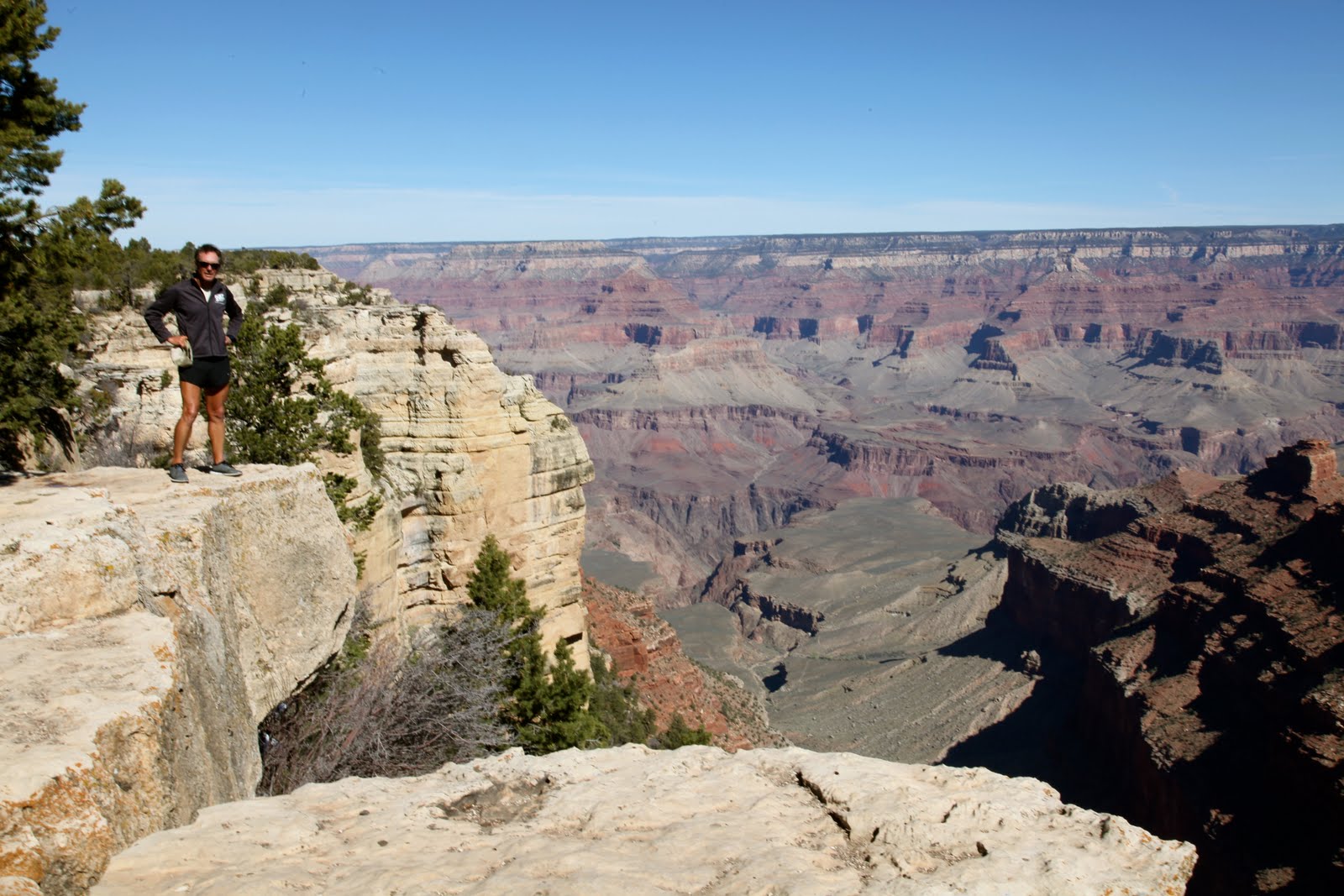