Thought I'd be feeling pretty wasted today, but I was actually fine, although the heat started to weigh in towards the end. It was around 30C, and much hotter out in the sun.

I headed through suburb after suburb of, what can only be described as, up-market desert country club living. The land is either dusty and dry, or as green and lush as anywhere in Ireland. It's amazing what redirected water can do.

I've given some more thought to the Red Wine Value Quotient, after various insightful comments from readers. Most issues centred around the fact that price can vary so much, yet my 0 to 10 rating scale is constrained. A deeper issue is the fact that the tax and regulation regime in various countries makes it easier for some jurisdictions to provide “value”. As much as I'd like to compensate for this, it is just too hard, so “tax” will implicitly be factored into the ratings.

For comparison, another wine I rate highly, the JB Shiraz from the Barossa Valley, has the following – a rating of 8.5 and a price around AUD$25. This gives it a RWVQ of just 25, which is still a good score. However, it's hard to beat a half decent wine for value when it costs under $2. Sometimes one finds a wine that's anomalous, I know, but if you can actually buy it, then it's real value all the same.

And, once again, sorry to anyone who may be struggling with the arithmetic associated with the RWVQ. Does this mean it's necessary to have some level of proficiency in the subject to fully appreciate red wine? (I can already hear the rumblings and objections starting to build).

To finish today, I thought you might find the photo below somewhat amusing (if it's too big to see, just click on it to view it). The baseball player's name is Pujols, which is pronounced Poo Holes (seriously). Is that why the Big A has a ring around it? 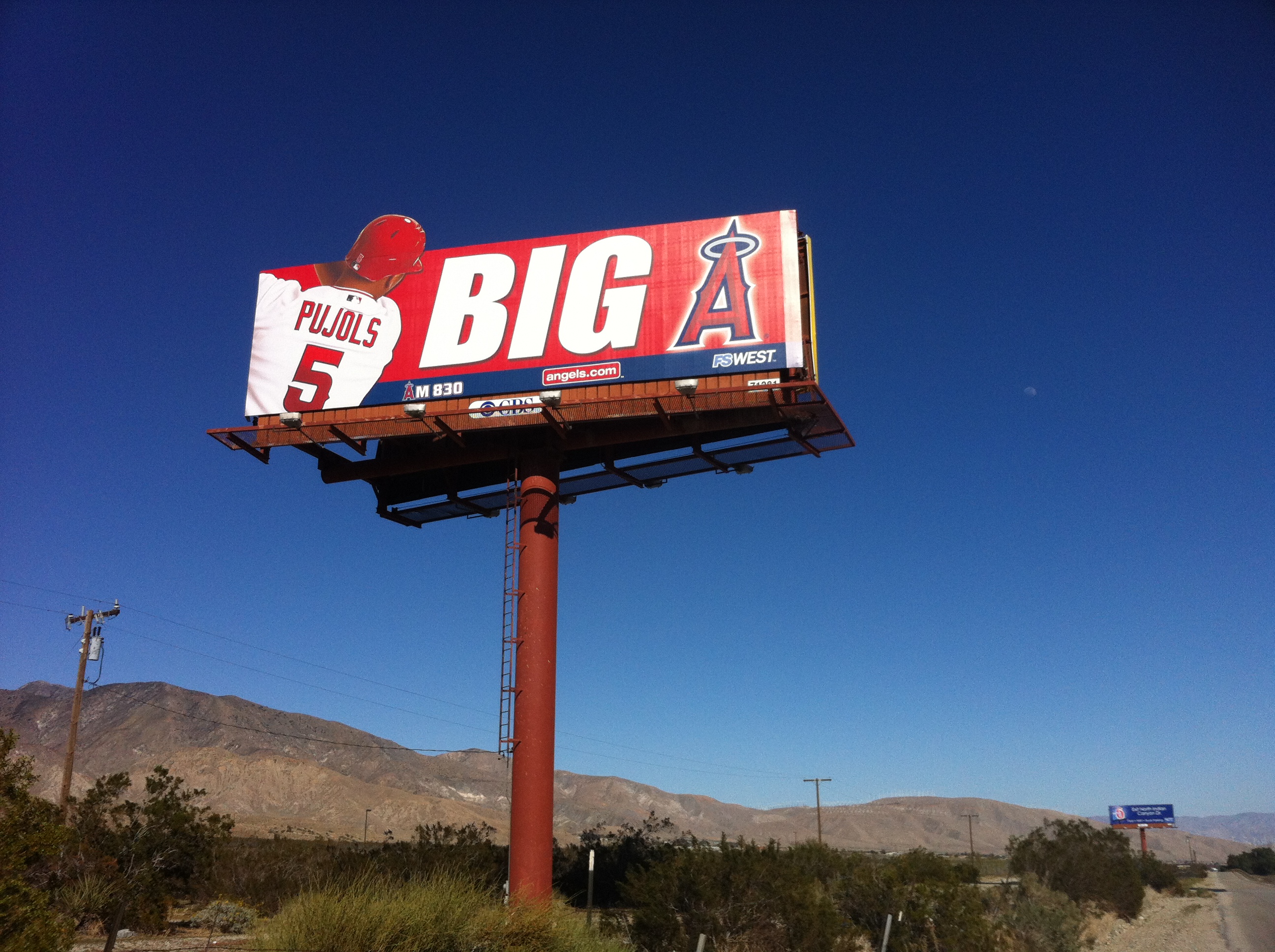