I hope you enjoy the blog posts today, along with the video and photos, all from the region to the east of Toulouse in France. The highlight for us was the B&B, Domain du Vern, in the town of St Affrique. We’ve since been back to visit the wonderful hosts, Laurence and Stephane. In fact, we’ve stayed there three times in total. It’s one of our favourite places in the world to stay.

Today was like a mountain stage in the Tour de France. It started with some minor rolling hills, progressed to a serious mountain, followed by a steep decent, and culminated with a final mountain climb of well over a thousand feet, to the finish at the high point of the day. Take a look at the vertical profile in the link above.

I actually cycled this road 18 months ago. On that occasion, the free-wheel mechanism on my bike broke at the beginning of the first climb, and I was forced to ride the next 200 km (until I had it repaired the next day) with a fixed wheel – in other words, I always had to pedal, even when going downhill. I couldn’t keep up the pedalling on the long downhills, so I was descending with my brakes on.

There were some nice scenes during the day. The city of Castres looked quite appealing, and the town of Brassac is very picturesque (see the photos). I finished just west of Lacaune, which is also a cute French mountain town. Tomorrow is mainly downhill – a reward for today.

I forgot to mention in yesterday’s blog, about another internet issue. Carmel had booked into the lovely thousand year old former abbey hotel in Soreze, unpacked everything after dragging all the gear up the stairs, only to find that the internet didn’t work. As you know, internet access is vital to us for getting the daily info out. She ended up having to pack everything up and drag it back to the car, before heading on to the next town to find another hotel.

This was an unusual incident, but Carmel is behind the scenes (and the camera) every day, performing numerous tasks – administrative, logistical, manual (e.g. unpacking the car while I’m still running), driving, shopping for supplies, feeding me, taking photos, and the list goes on. It certainly makes the job of running so much easier. 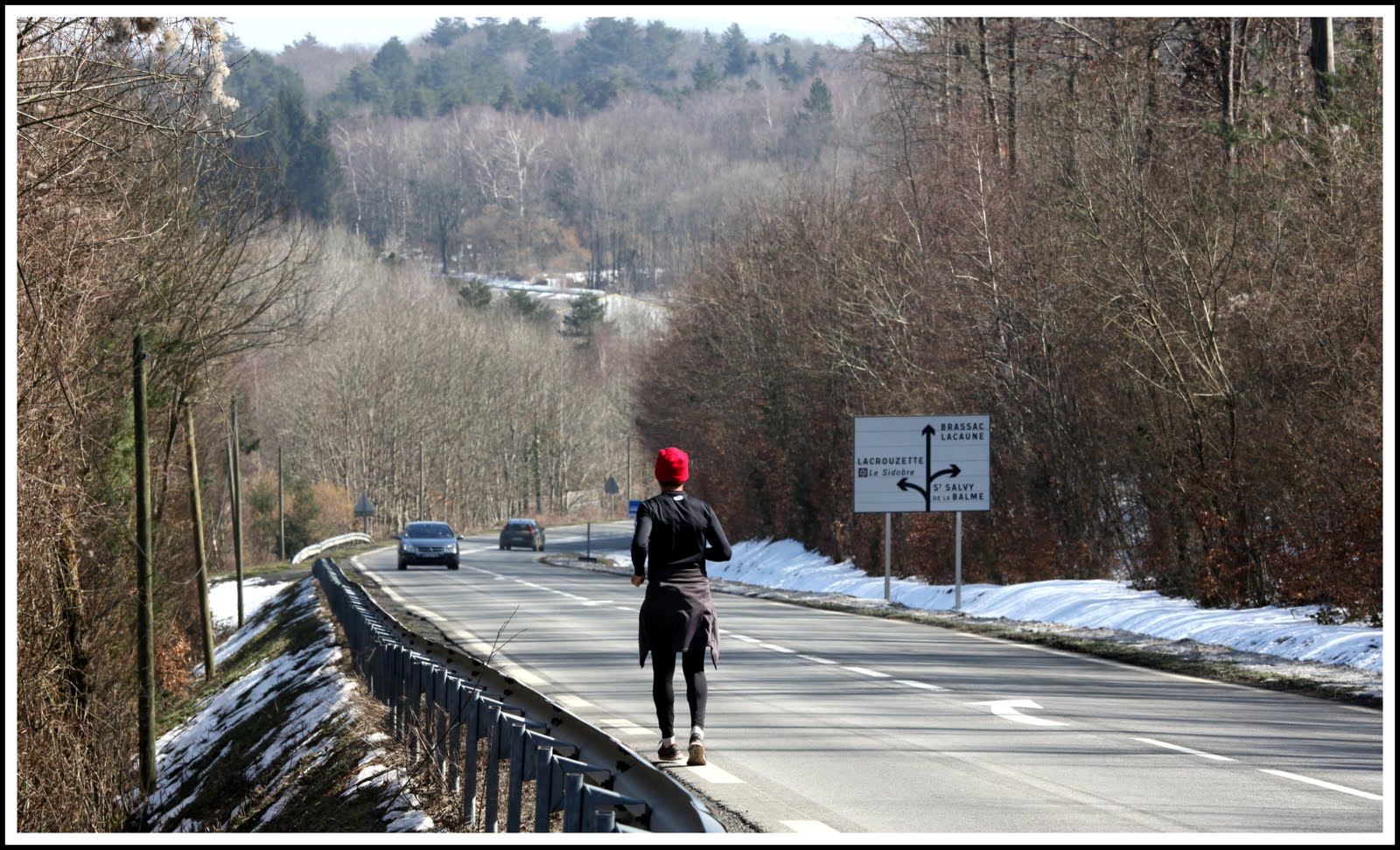 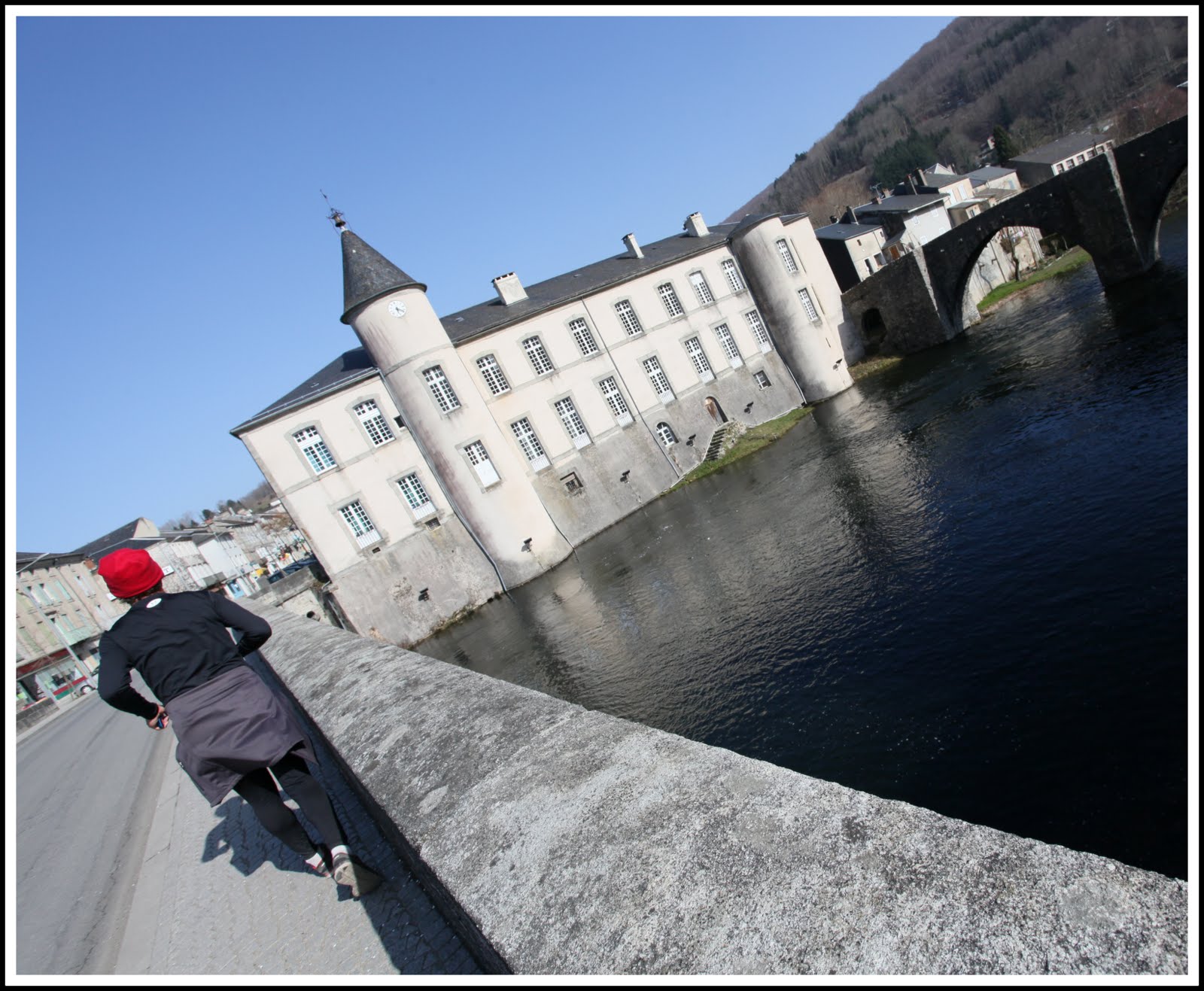 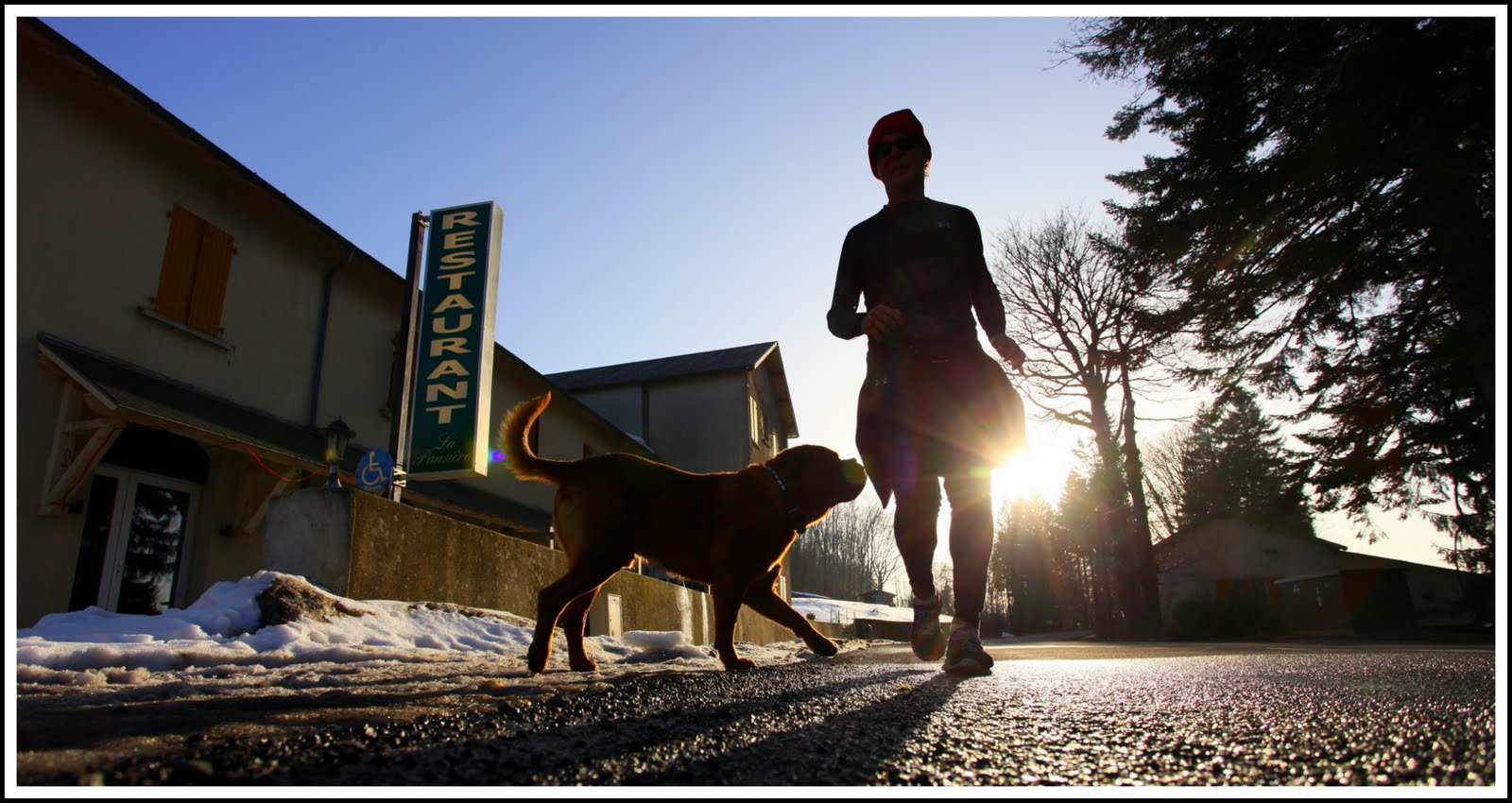 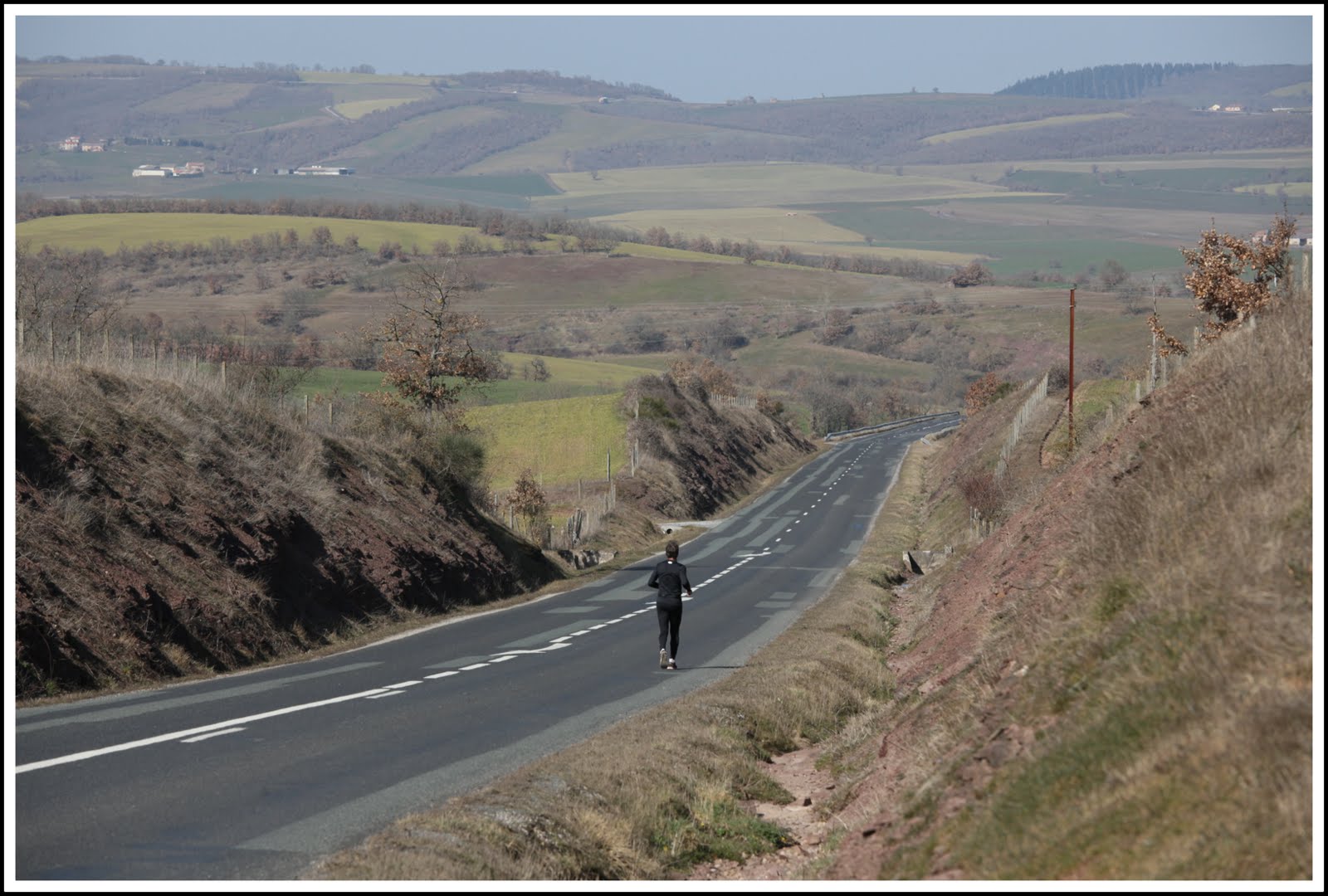 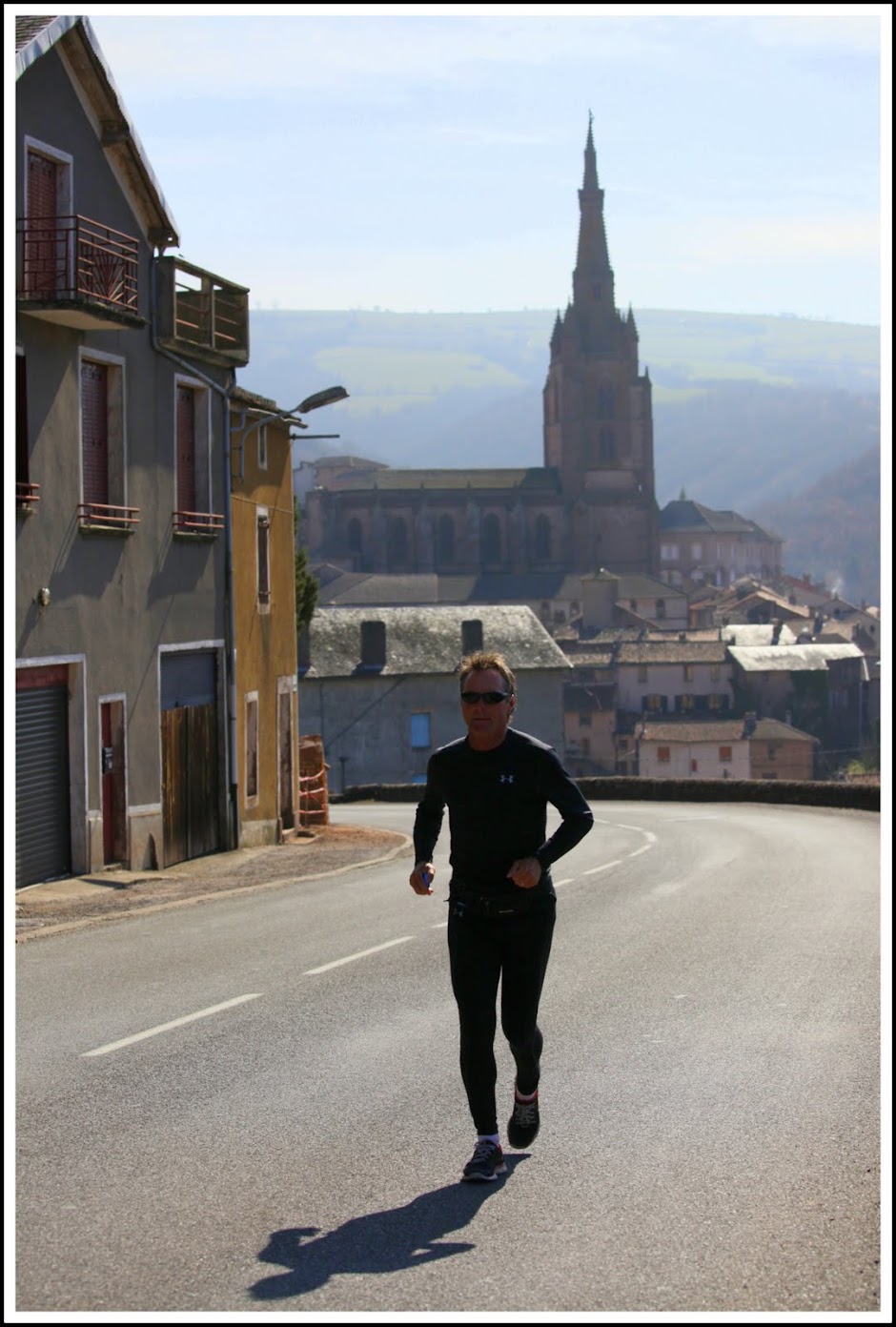 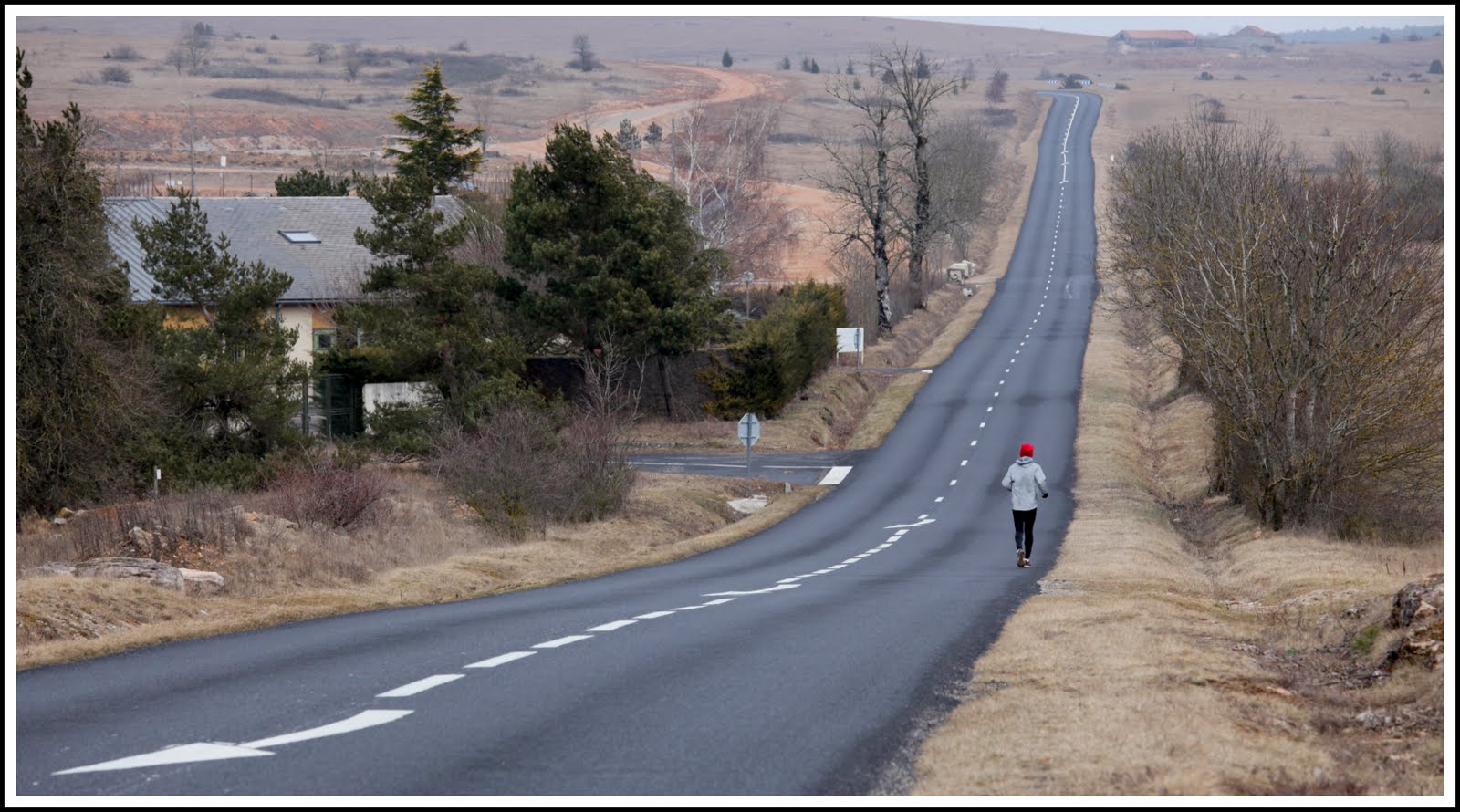