More blog posts and photos today from southern France in 2013, as I made my way into Provence. This includes a description of the hardest day of the whole run to that point, and it wasn’t surpassed after that either. It was a tough one. Read on.

Days like this serve one purpose – they make you realise how much better all the other days are.

It started poorly from the very early hours. I must have eaten something that disagreed with me, because I awoke during the night with bad stomach cramps that quickly led to a bad case of diarrhoea. Carmel thought I was pouring a bucket of water into the toilet bowl. This went on at least ten times during the night, and by morning, there was nothing left inside of me.

Then I looked out the window. It was raining, and the wind was howling, and it was a headwind, and it was freezing cold. I headed off, only to find that the first six kilometres were all uphill – more than a thousand feet of climbing, before I’d even warmed up.

Once up on the plateau, the wind really picked up. The rain was hitting me in the face with such ferocity that I could only occasionally look up at the road, before putting my head down to protect my eyes. It hurt badly just to be hit by the rain on my face. A direct hit by a drop of rain in the eyeball could have been dangerous.

There was then a huge amount of downhill. The only saving grace was the small volume of traffic. It would have been a beautiful run on a nice day.

Carmel was there in the car, and a few times I had to get her to stop so I could spend a few minutes sitting inside, warming up a little. I was so cold that I was making gibberish-like noises with my mouth that I couldn’t control. The only time I recall being so cold on this world run was nearly a year ago in Prescott, Arizona, when it snowed heavily, and I was running in shorts with no thermal top. The problem with today wasn’t that it was intrinsically colder than, say, a week ago when it was snowing. It was that the rain thoroughly soaked me, and the resulting wind chill from the gale then dropped the temperature on my skin to well below zero. My fingers were hurting like they were being hit by a hammer.

The afternoon got a little warmer, but it was still cold. It’s times like these you find yourself dreaming of a hot shower or bath.

Carmel found that the sensors on her camera weren’t working properly, probably due to the cold and rain. She wasn’t happy with the photos, so will only be posting a few. She is also having trouble finding hotels, as many of the ones shown on her Garmin GPS are closed during the winter.

I was actually proud to finish the day. The combination of the weather conditions, mountains, and the lack of energy caused by last night’s bug, made this the hardest day so far.

Like yesterday, it rained all day today, but at least there was no wind and the temperatures were higher. It wasn’t such a bad day, although I’m looking forward to some drier weather.

I passed though several towns and villages, on my way out of the southern Central Massif region and into western Provence. One town was St Hippolyte du Fort, where I had my bike repaired 18 months ago. The same guy was working in the shop.

I also passed through the medieval village of Sauve, with buildings that looked so old, it’s amazing they’re still standing. They knew something about building structures in those days.

On the way, I passed the two-thirds milestone. Just one-third of the run to go now.

I finished in Mauressargues, at the same B&B we stayed at in 2011 with Jenny, Jo, and Dave. By the way, Jo and Dave are joining us in about five weeks time for a couple of weeks in the support crew. So are The Hud and Sue. You may recall that the Hud ran with me on the first day of this run, from the Sydney Opera House. He also got a big mention in the blog about a year ago, when a new running distance  of 167.7 km was named a “Hud”. And Jenny travelled with us from San Francisco to Phoenix last year.

We are staying with our lovely hosts, Florence and Vincent. I’ll report more on our evening in tomorrow’s blog.

Finally, it was great to see the mighty South Sydney Rabbitohs kick off their NRL season with a thumping win over the Roosters. Dave, who as at the game in Sydney, kept me updated throughout the morning as I ran. I’m looking forward to a successful season ahead. 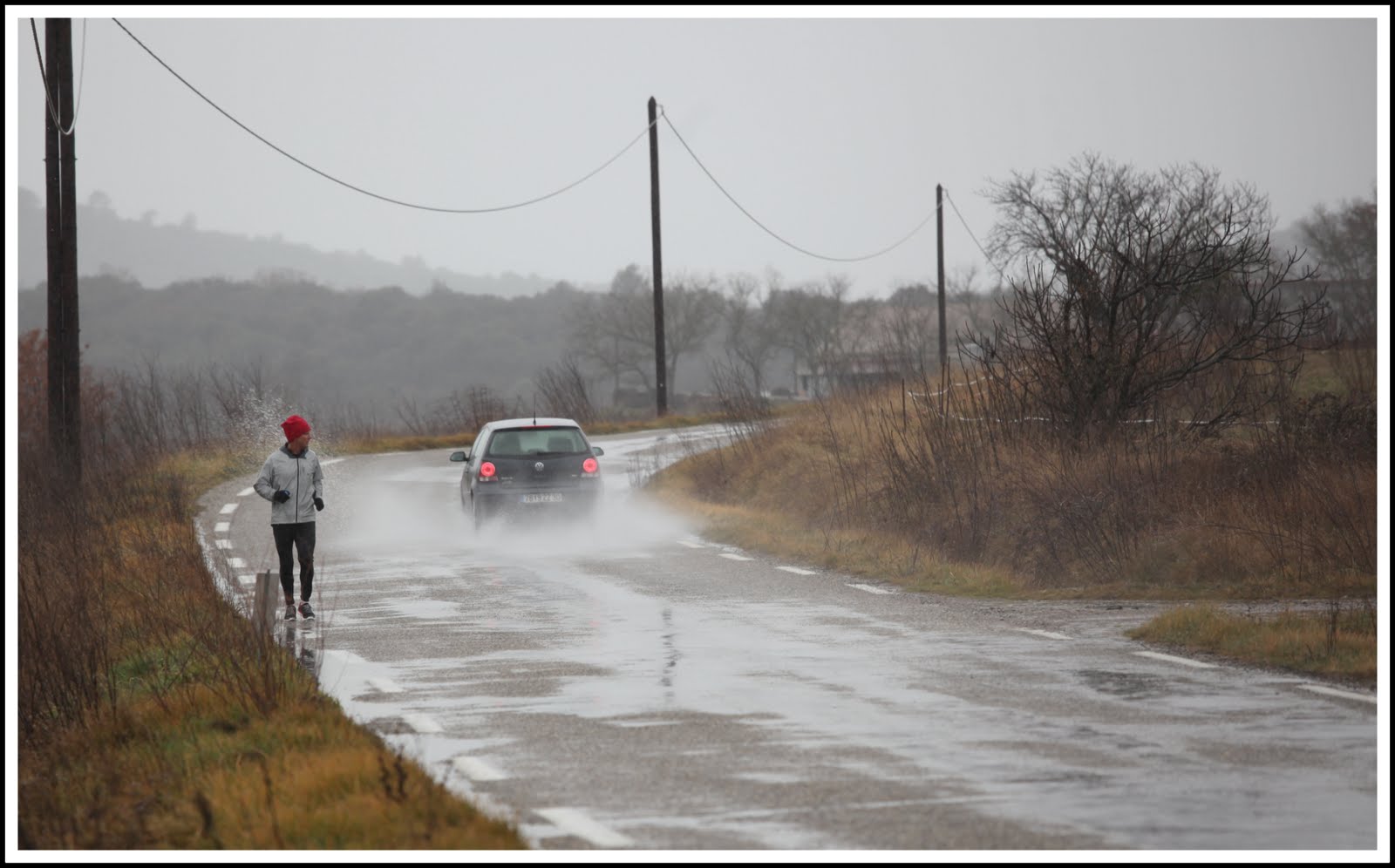 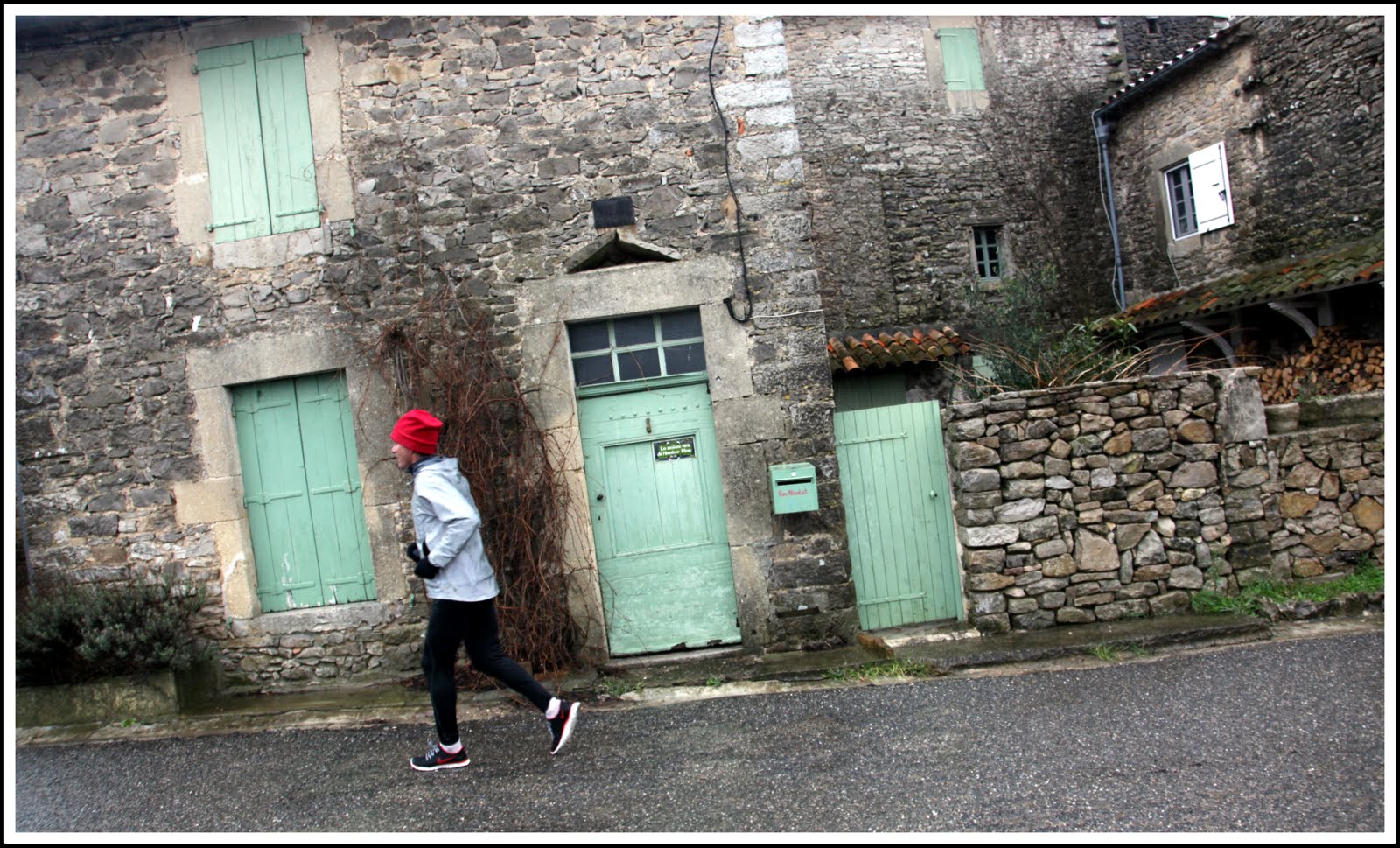 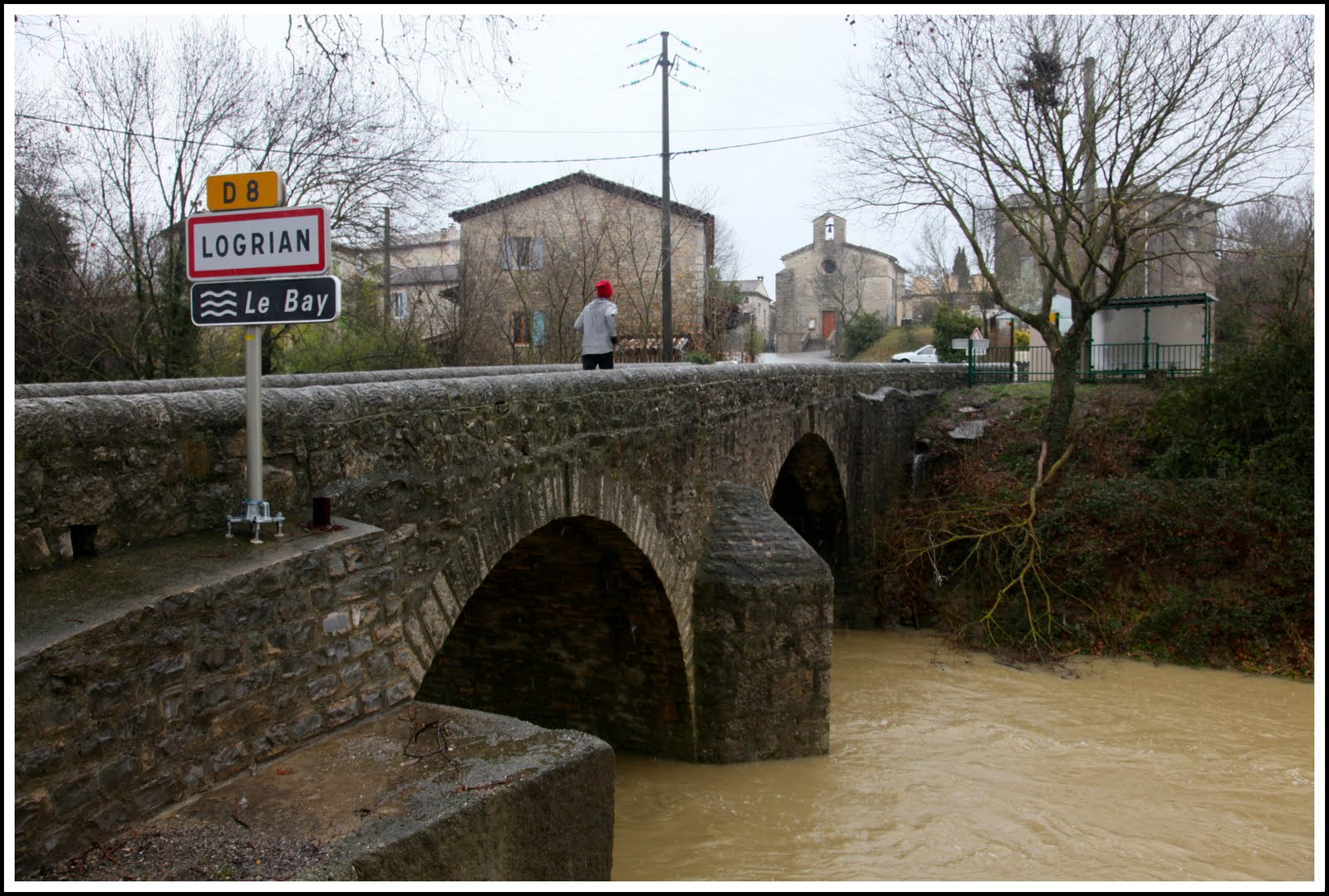 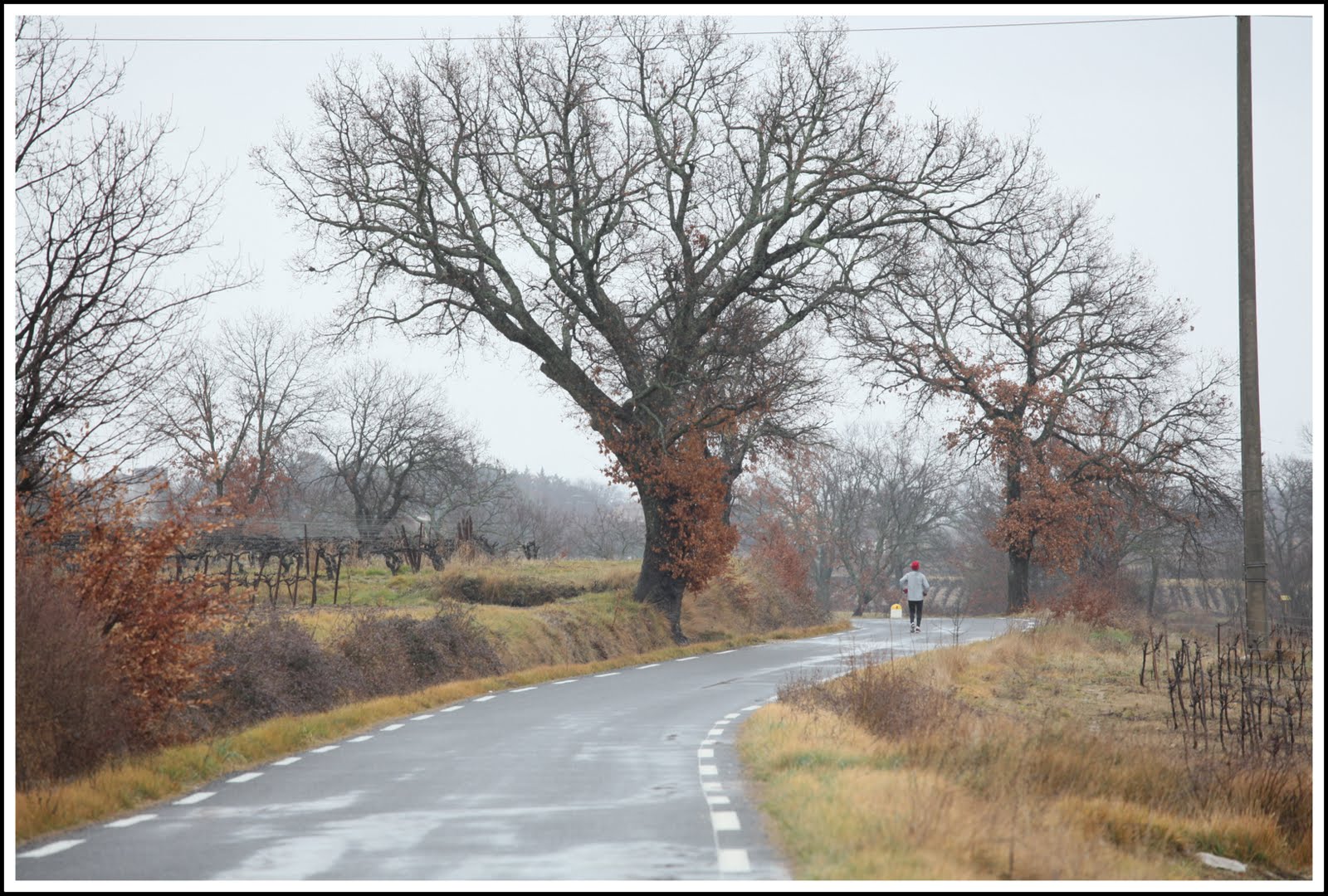 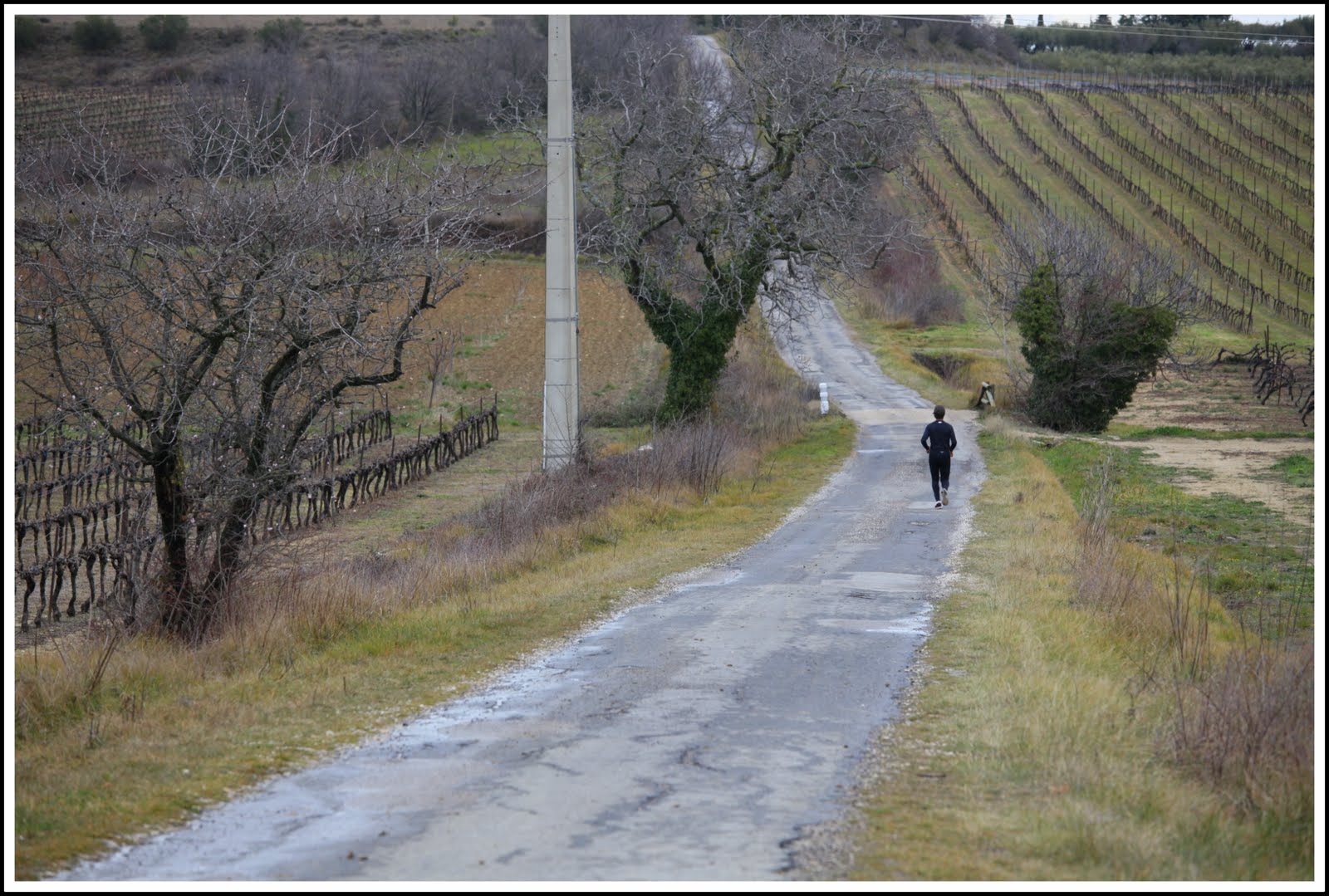 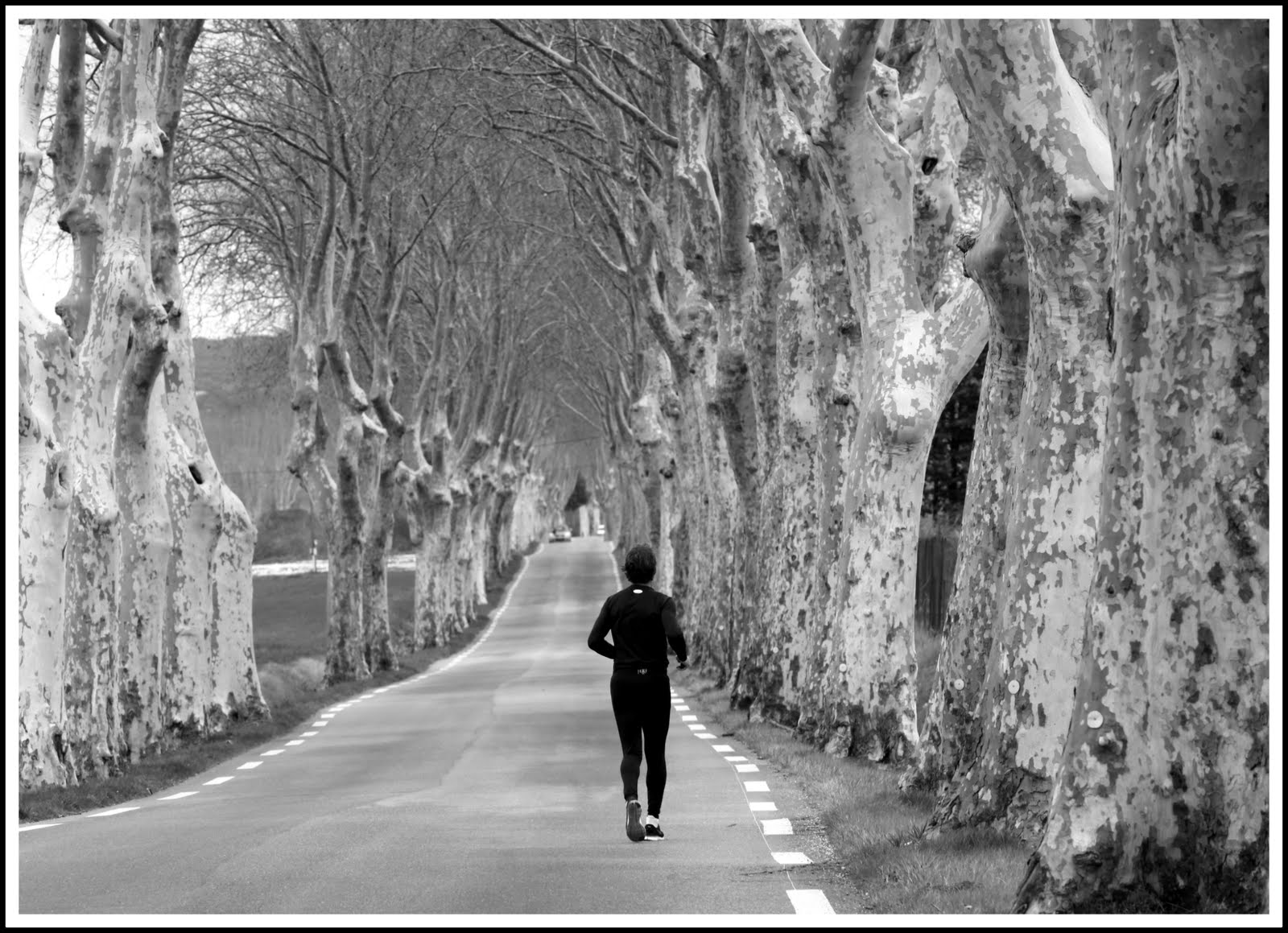