Anyhow, the interesting point I’m trying to make is that, despite going faster, my quad strain felt better. It seems it’s one of those things whereby I use the sore muscle more at a slower pace and less at a faster pace. That’s a positive outcome. It means I’ll almost certainly have a crack at another time trial next Monday. I hope it’s a wise decision.

Another photo from pretty much six years ago, this time in Nebraska. I’d really hit the prairies by that stage, but I hadn’t run enough of them for it to have become drag by that time. 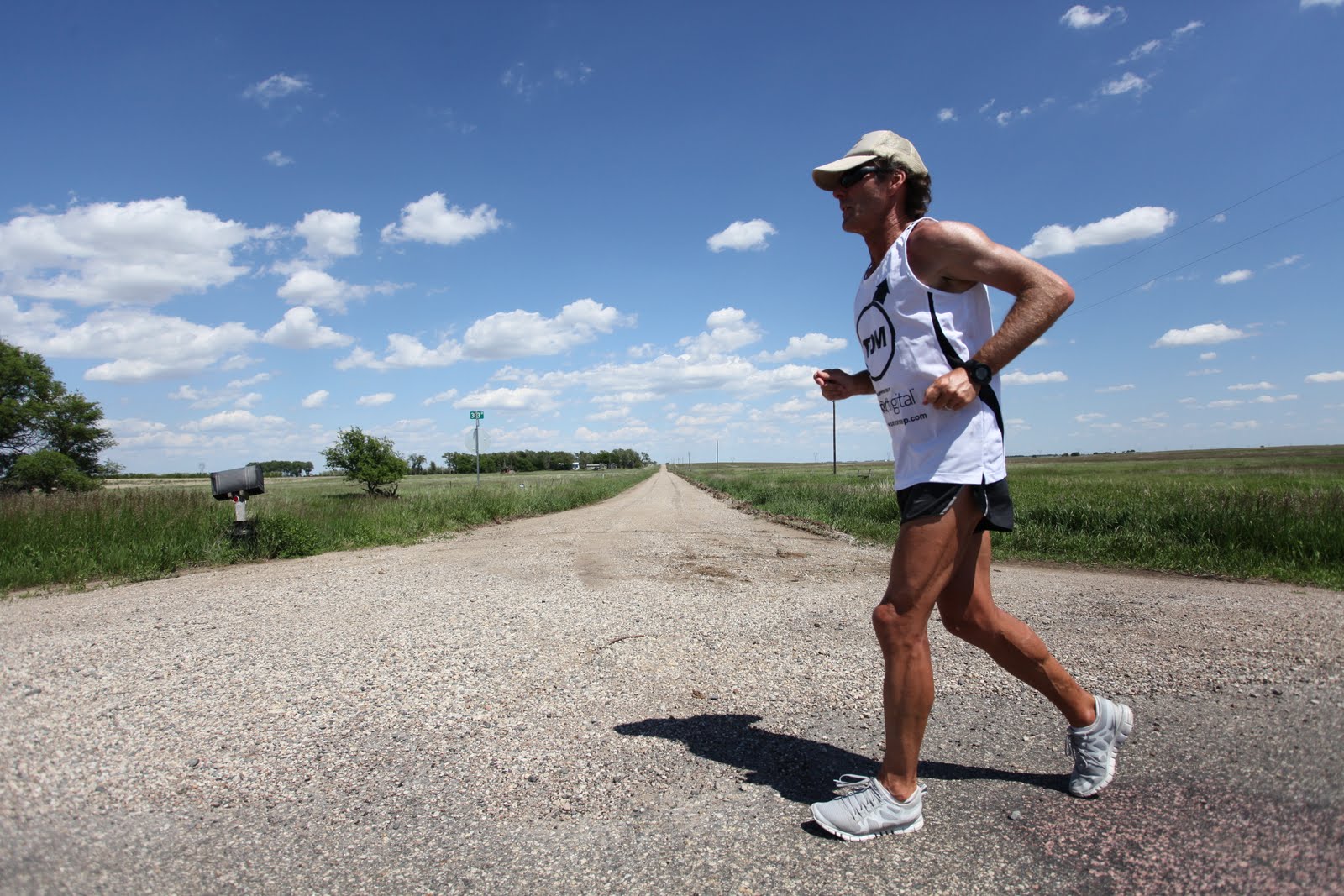