I’ve had a productive week of running, throwing in some fast sections each day. This sort of training used to be known as fartlek. It probably still is, though I haven’t heard the term for quite a while.

So far these “fast” sections haven’t been anything quicker than, say, 3 km in around 13 or 14 minutes, but that’s a big improvement in pace for me considering recent events. (BTW, I carry my Garmin so the distances and times are accurate).

Today, however, I pushed it for 1 km. I was probably running at 85-90% effort and I wanted to break the four minute barrier. But I only managed 4:05. This was a bit of a wake up call. I know further training will help, but even at that pace for the whole City to Surf (and there’s no way I could keep up that pace just yet over the very hilly 14 km course), I still wouldn’t even break 57 minutes. I clearly still have a lot of work to do.

As readers are aware, I don’t advertise products on this blog, but I’m happy to mention worthy not-for-profit sites etc. So today I have a couple of things I’d like you to consider. One is that May is Osteoporosis Awareness and Prevention month. The following infographic contains some interesting information. It’s relevant to this site, as running is one of the very best ways to prevent osteoporosis. 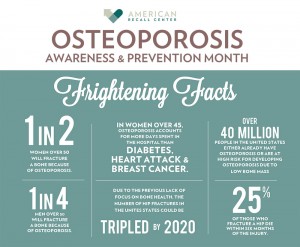 The other thing I’d like to mention is a new running web site that allows users to easily locate running races near to them. It’s primarily an Australian site, but international visitors will find it useful too. The site is www.racefully.com. Check it out.

Today is a memorable one in terms of the world run. Two years ago we were celebrating Libby’s birthday in Nebraska, while one year ago I was finishing the European leg by reaching Istanbul. You can read about these below in the On This Day section.