I had my MRI this morning. I hope to get the results within a few days, which should shed light on how I can go about curing this long term pain in my heel. I’m not sure if it might involve minor surgery, but I should know soon.

I finished my European leg of the world run in Istanbul on this day in 2013. The video and photos give you a hint of what it was like, as do the blog posts below. It was certainly a good feeling, as was the finish to all continents, but it was also significant because I knew I now only had one full continent to cross, and that was Australia.

I saw and smelled the ocean today for the first time in four months. I had run about 13 km when I crested a hill, and there before me was the Sea of Marmaras. It’s not very big on a world scale, but it still counts as a sea. In fact, you can’t see the other side, so it looks just like the Pacific or any other large ocean.

The second half of the day was spent running close to the sea or, in some cases, right alongside it. The Turks obviously value the real estate along the sea shore, as it is a non-stop strip of shops and residential buildings.

Barry ran the last 15 km with me today, which bring him up to 86 km in total. Will he manage 14 km tomorrow, on my final leg into Istanbul?

Happy birthday to Libby when she awakes in a few hours in Sydney. Last year we celebrated her birthday in Nebraska. Wow, it really doesn’t seem a whole year ago.

PS The Garmin was somehow turned off today, and missed 5.12 km of the run, calculated via Google Earth. I have added this missing distance back into the stats, giving a total of 49.90 km for the day.

PPS Now, this is what a world run is all about. I am here on the seventh floor of our hotel, enjoying an Efes beer, while watching the sun set over the Sea of Marmaras and listening to the exotic sound of a wailer calling the local people to prayer from the minaret of a nearby mosque. 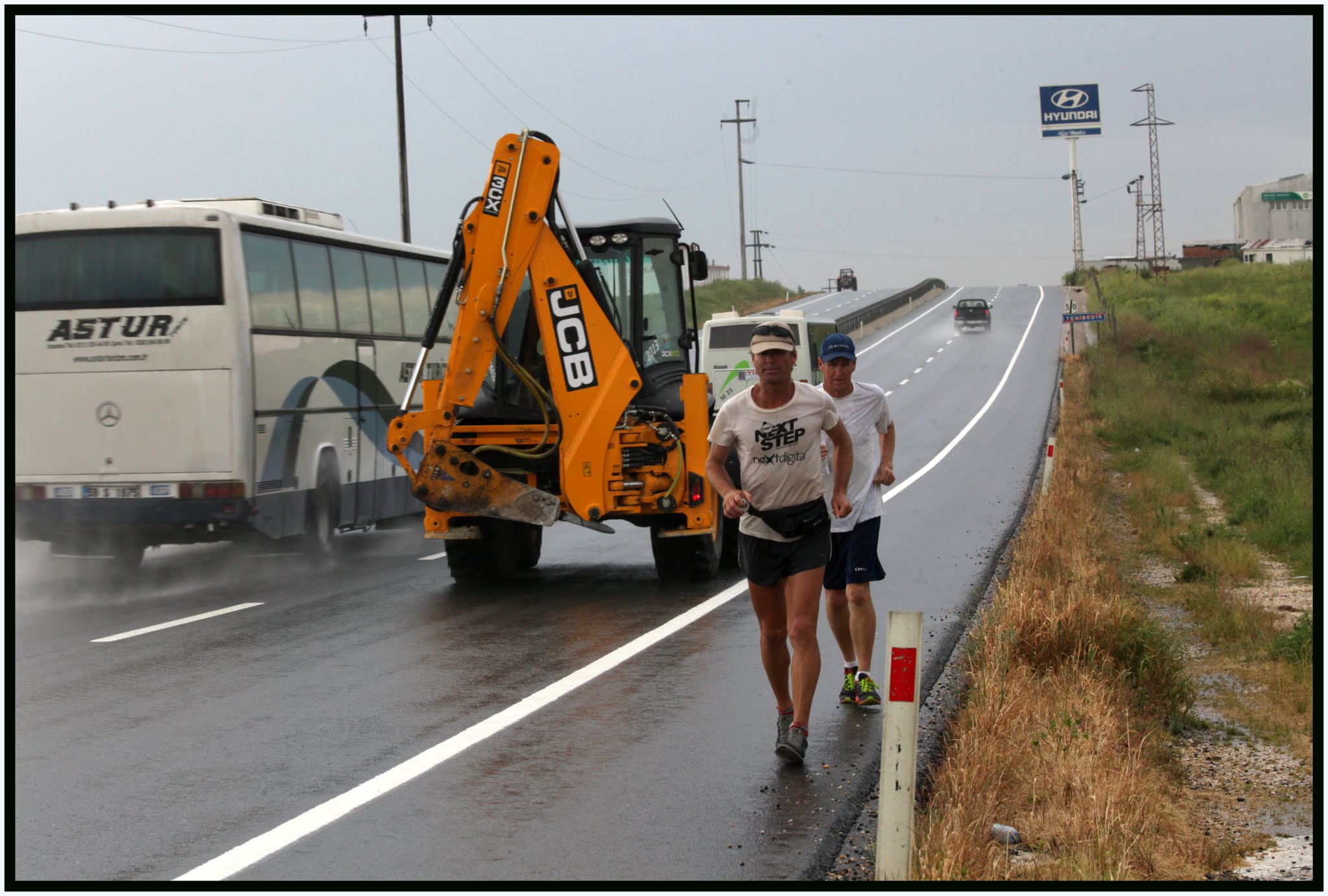 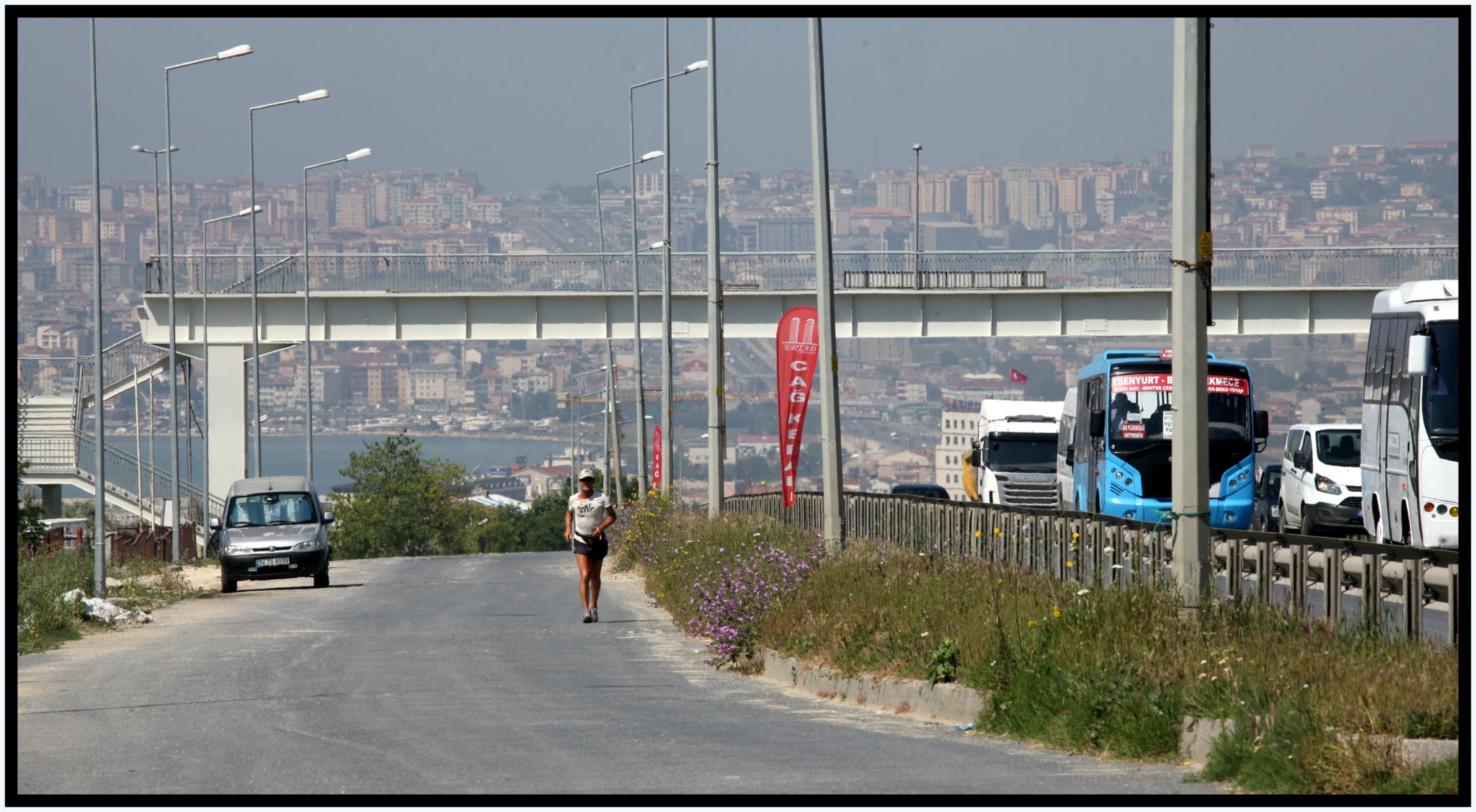 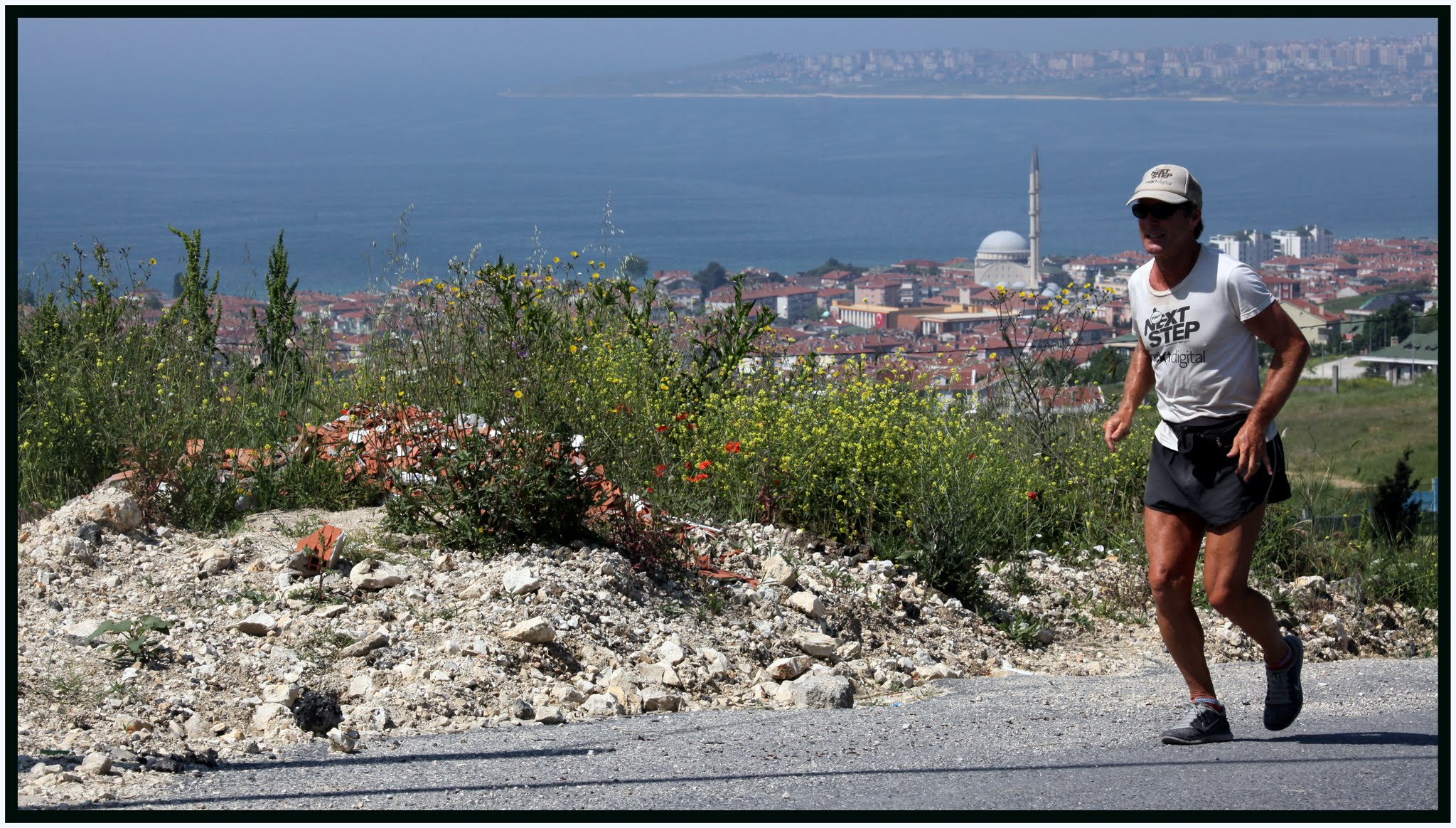 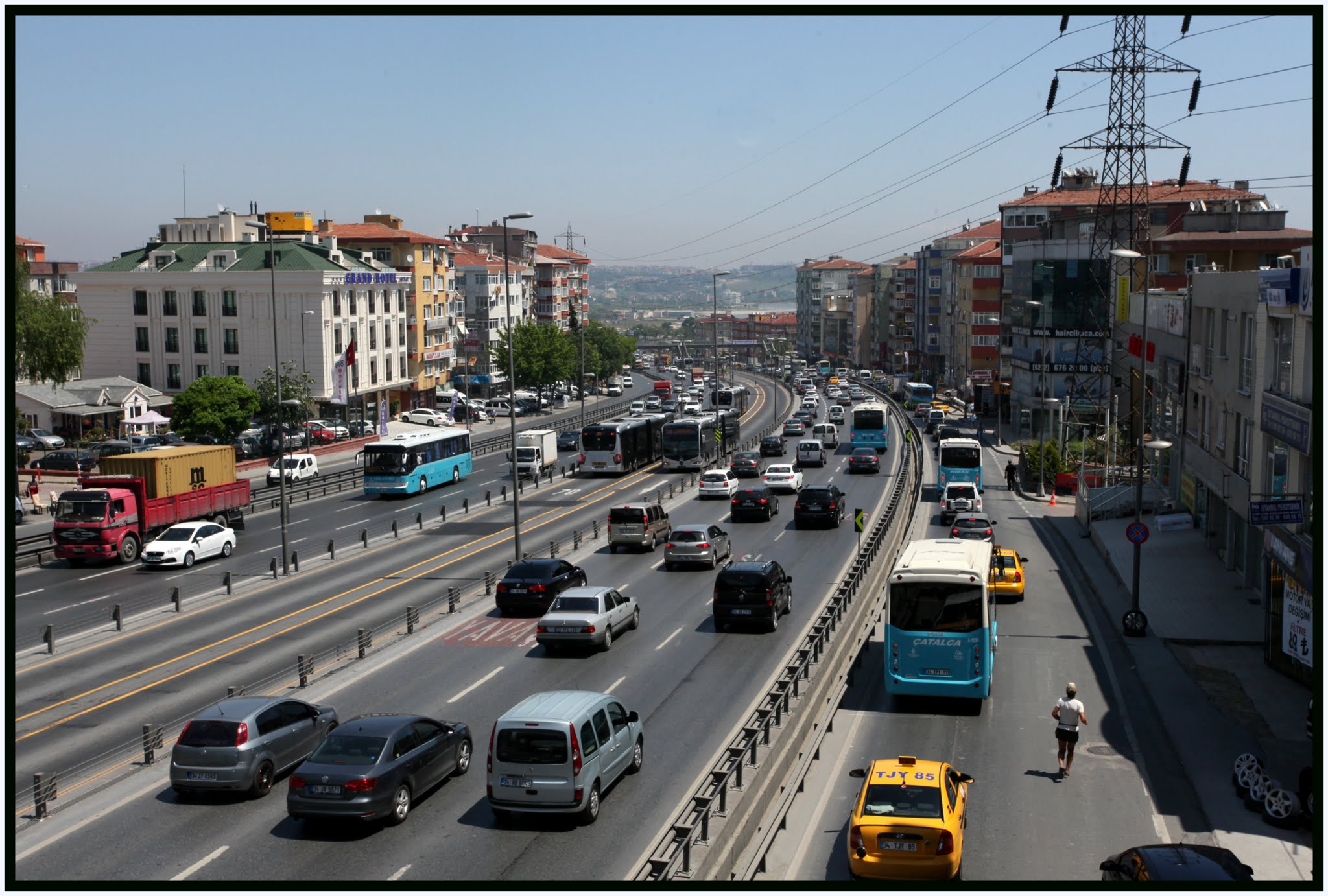 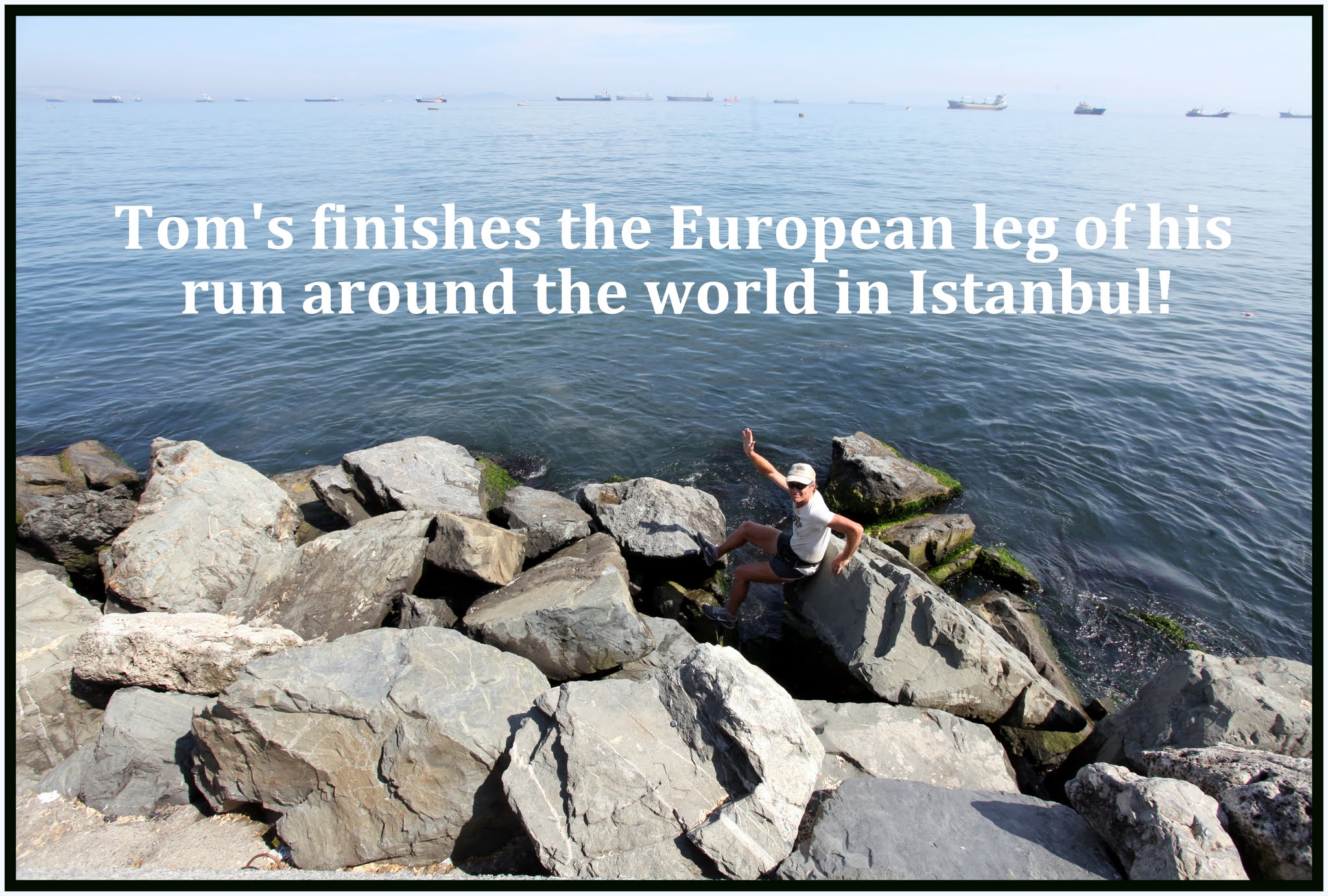