Just following on from my cardiologist visit last Friday. The check up was partially motivated by my cholesterol level, which had crept up in recent years to 6.5, a level which starts to prompt at least minor concern.

Everyone has more bad than good cholesterol, usually at least three times as much. However, my cardiologist informed me that my LDL was 4.2 and my HDL was 2.3. This is a bad to good ratio of 1.8 to 1, significantly lower than the supposed norm of 3 to 1. He told me this was a good sign, which has been backed up by the results so far. My dye test on June 5 will hopefully confirm this beyond doubt.

This photo was taken six years ago today at Mount Rushmore in South Dakota. You can see the four carved heads up above. This huge rock sculpture is located in the Black Hills of Dakota, as is the mountain carving of Crazy Horse, which is really quite close (less than half a day’s running for me). Crazy Horse, however, is significantly larger than the Mt Rushmore sculptures. As you can probably determine from my stance, it was pretty cold that day. I was freezing during an interview with a local TV station from the nearby Rapid City. 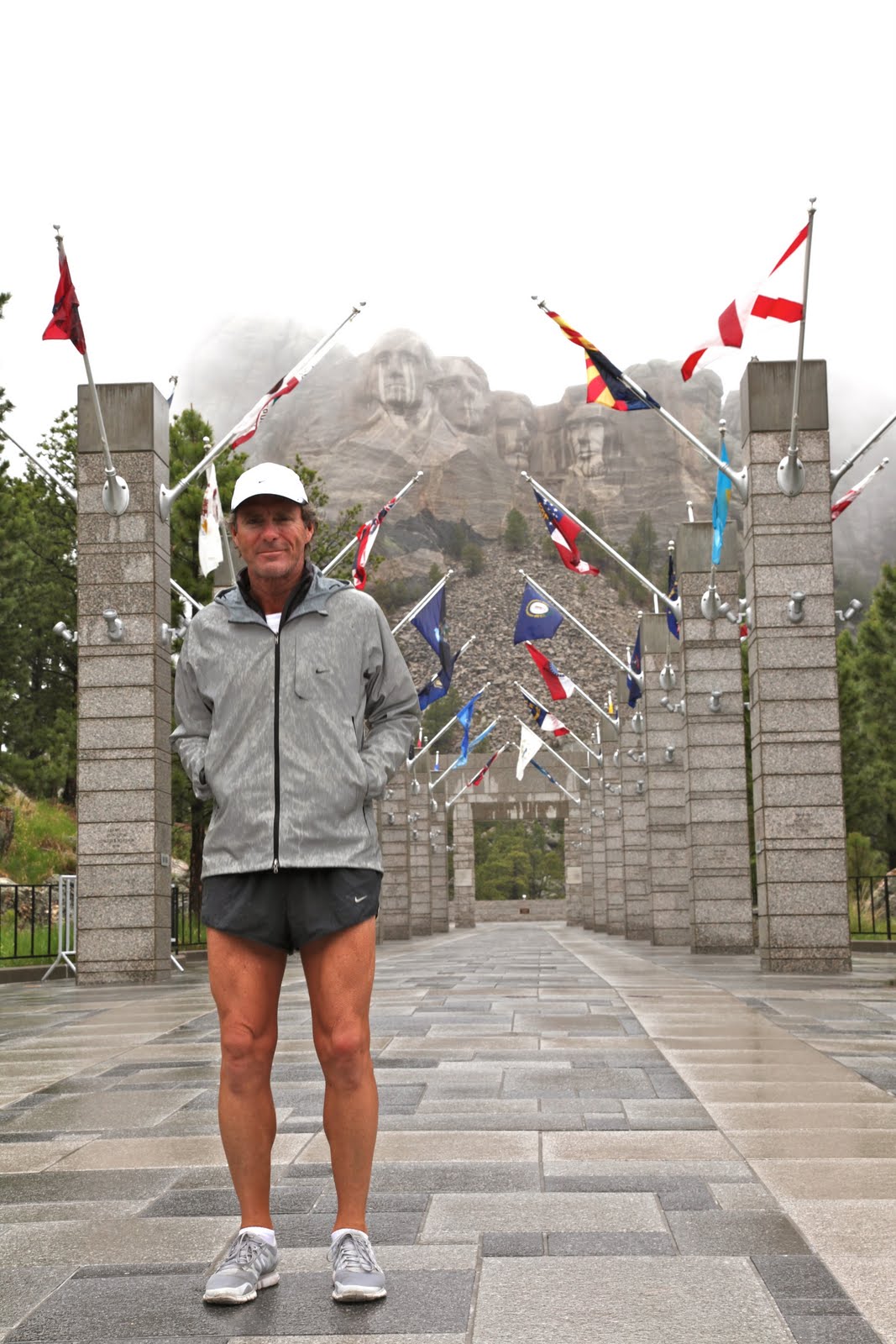