My running is definitely feeling stronger and more balanced than it has in over a year. Of course, I had the long term immobile SI joint problem from more than two years ago, which ultimately caused several other issues. Amazingly, I still managed some decent results during that time, but I was on a slow downward spiral which came to a head late last year.

But now I’m feeling good all over. My pelvis is fine, as is the Achilles and calf. Now to gradually increase the quality and intensity of my average run. And speed in those time trials should be increasing too.

I know I’ve posted this creative photo of Carmel’s before, but I’m doing so now because it was taken precisely six years ago on the prairies of South Dakota. It wasn’t the nicest day for a run, but when you’re running around the world, you have to deal with whatever weather conditions Nature throws at you. 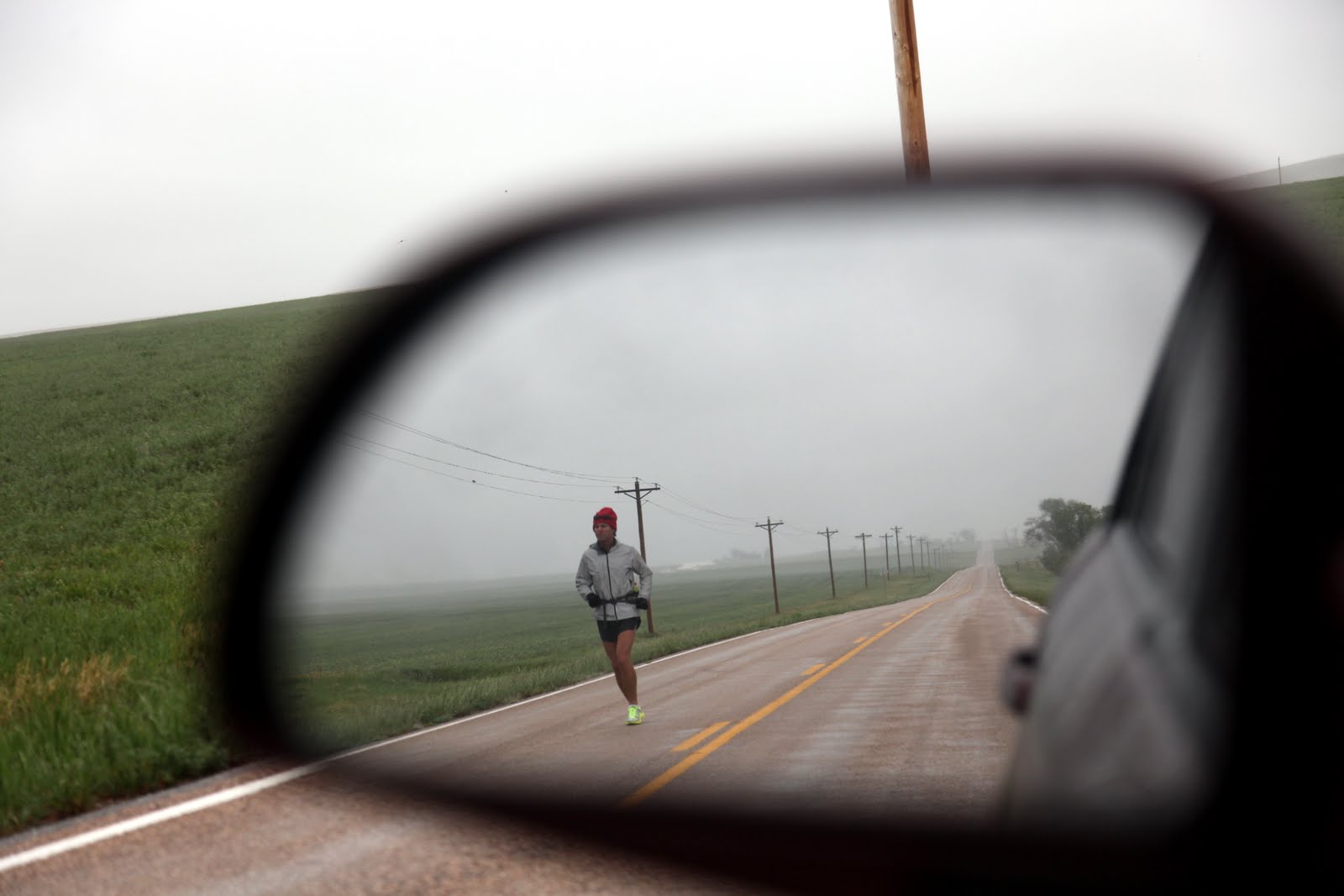