Back to the world run – I was descending the Andes this time in 2012. There’s a video below from that time that involves a few of the many tunnels between the Cristo Redentor Pass and Mendoza at the base. And, as usual, there are several photos, the first being as I came down the dirt road from the top. Carmel was waiting on the paved road (that goes through a  3km long tunnel at 3,100m elevation) and took the photo from a distance. Look hard and you’ll see me against the background of the mountain. 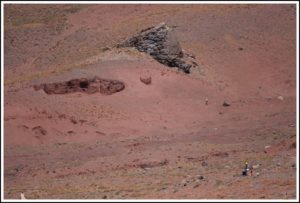 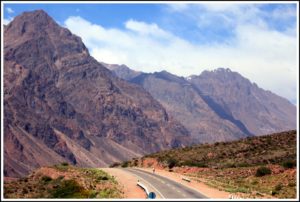