It was on 19 October 2012 that I did a lap of Manhattan during my run around the world. But, before starting the day, I appeared on the morning television program, Good Day New York. Below are a couple of videos from the day and some photos. The video from my appearance on the show contains the usual mistakes, including reference to Guinness and a claim that I was running across every continent except Antarctica – I didn’t run in Africa either – but it was a good interview overall. There’s also a more unusual photo of me being ‘made up’ before my appearance. 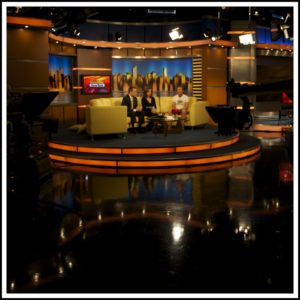 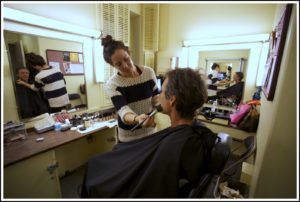 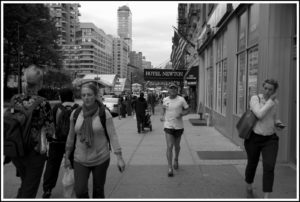