Today’s world run throwback is to when I was running from Princeton to New York City. The video below is from an appearance on Good Day New York. Once again, there is an incorrect reference to the world record being administered by Guinness. Nor was I the first to run around the world.

Lootie is currently between Chicago and NYC on her world run (www.lootie-run.com). She will cross my path again fairly soon, somewhere in Pennsylvania. And then again, I’m sure. Check out her web site.

A relatively short day today, to the town of Princeton, NJ. For those who don’t know, this is a famous university town, with many great minds having lived here. One of the best known, Albert Einstein, lived his last twenty years in Princeton, after fleeing Nazi Germany in the mid 1930s.

We are very appreciative to be staying with Craig, a member of the Tour de Bois, and his wife Julie and daughter Zoe. They have a great place, not too far from Einstein’s house. I last saw Craig two years ago, after we’d cycled from Adelaide to Mount Gambier. That trip included two memorable nights spent in the Barossa Valley, sampling some very fine reds.

Tomorrow I start heading toward NYC.

Wow, that was a big day, on all levels. For the past two days I’ve been running through the great conurbation that is the US east coast. It’s all urban, with no rural scenes anymore. This means lots of traffic lights and kerbs and gutters and intersections and traffic.

Early on, I was met by a local called Tom, a guy we met at dinner last night. He took many photos of me running through his home town, and introduced me to some local vendors who had Noo Joyzee accents right out of The Sopranos. I’d also like to thank Tom very much for his kind donation to Oxfam. I really appreciate it.

I then headed through Newark, where I caught a glimpse of the New York City skyline. I’ve been to NYC many times before, but this is the first time I’ve ever run here. It felt very satisfying, knowing I started in San Francisco and am now in New York.

I ducked into a Burger King to use the amenities. Playing loudly on the intercom inside was Peter Frampton’s Do you Feel Like I Do from the 1976 Frampton Comes Alive album. My friend Anthony had the album, and we used to listen to it all the time with our other friends, Watto and Gordon. If you guys are reading this, I hope it brings back memories like it did for me.

Soon after, I reached a highly industrial stretch which provided some of the most awful running conditions I’ve endured so far. Heavy traffic, no shoulders, and ugly scenery made it a real chore. Thankfully, it only lasted a few miles.

I finally crossed the Hudson River late in the day. I had to run all the way to the George Washington Bridge, before heading south to the city. Since the Hudson is directly connected to the ocean at this point, it means I’ve now officially crossed the North American continent. It’s the first continent I’ve ever run across, but won’t be the last.

The run through the upper west side of Manhattan was intense. One always has to be on the alert for traffic, and there’s so much going on, it’s hard to concentrate on anything but what’s happening around you. And it’s almost impossible for Carmel to follow me in the car, so, consequently, there are no recent photos.

Tomorrow I will run further through Manhattan. The day will also include an interview with the Good Day New York television show.

The weather was terrible, but I enjoyed the day regardless. I headed down through Times Square to Tribeca, where I was joined by Aussie Mark for part of the run. Mark is organising New York’s inaugural ultramarathon fun run, the MadhattanRun.com, around the island. 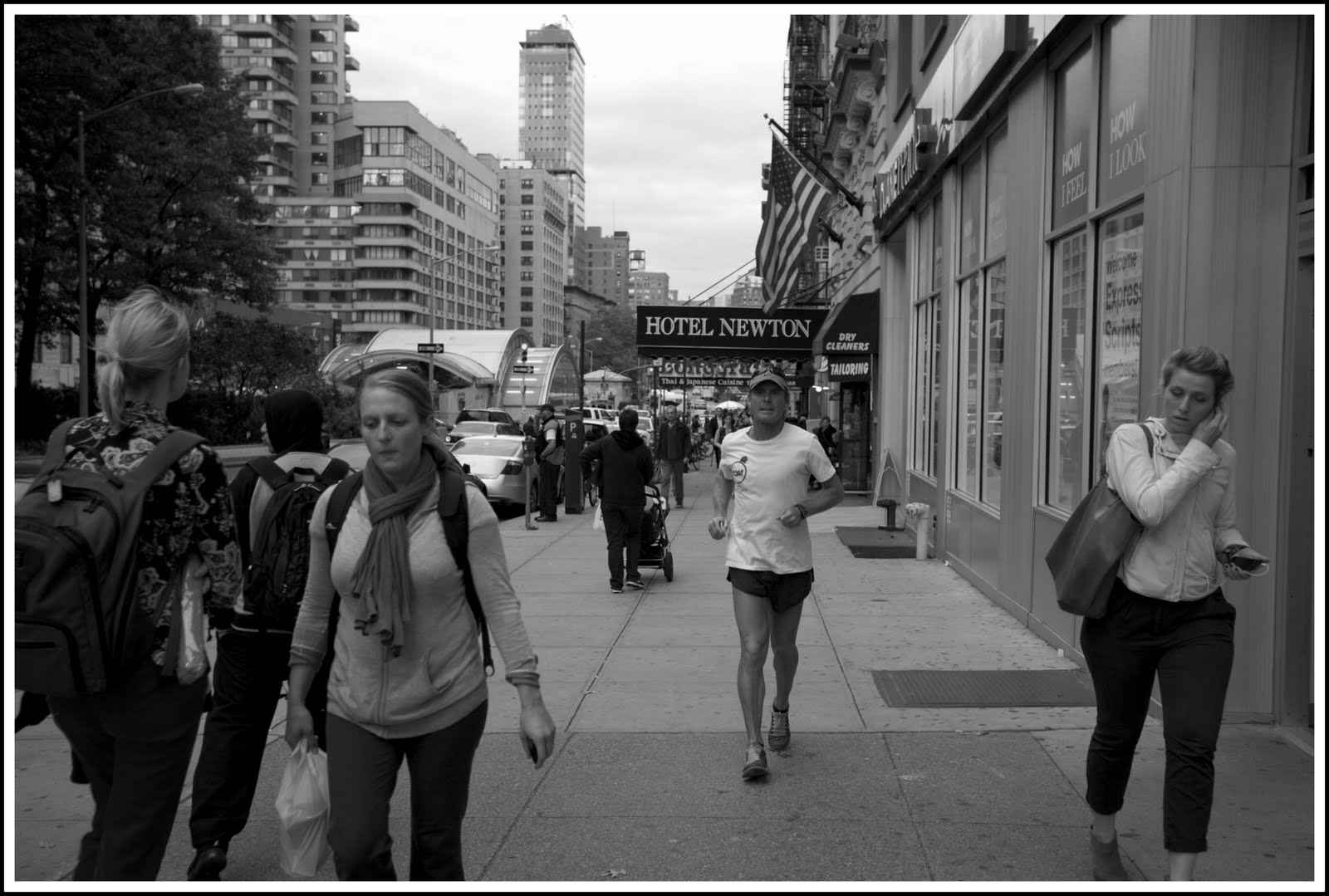 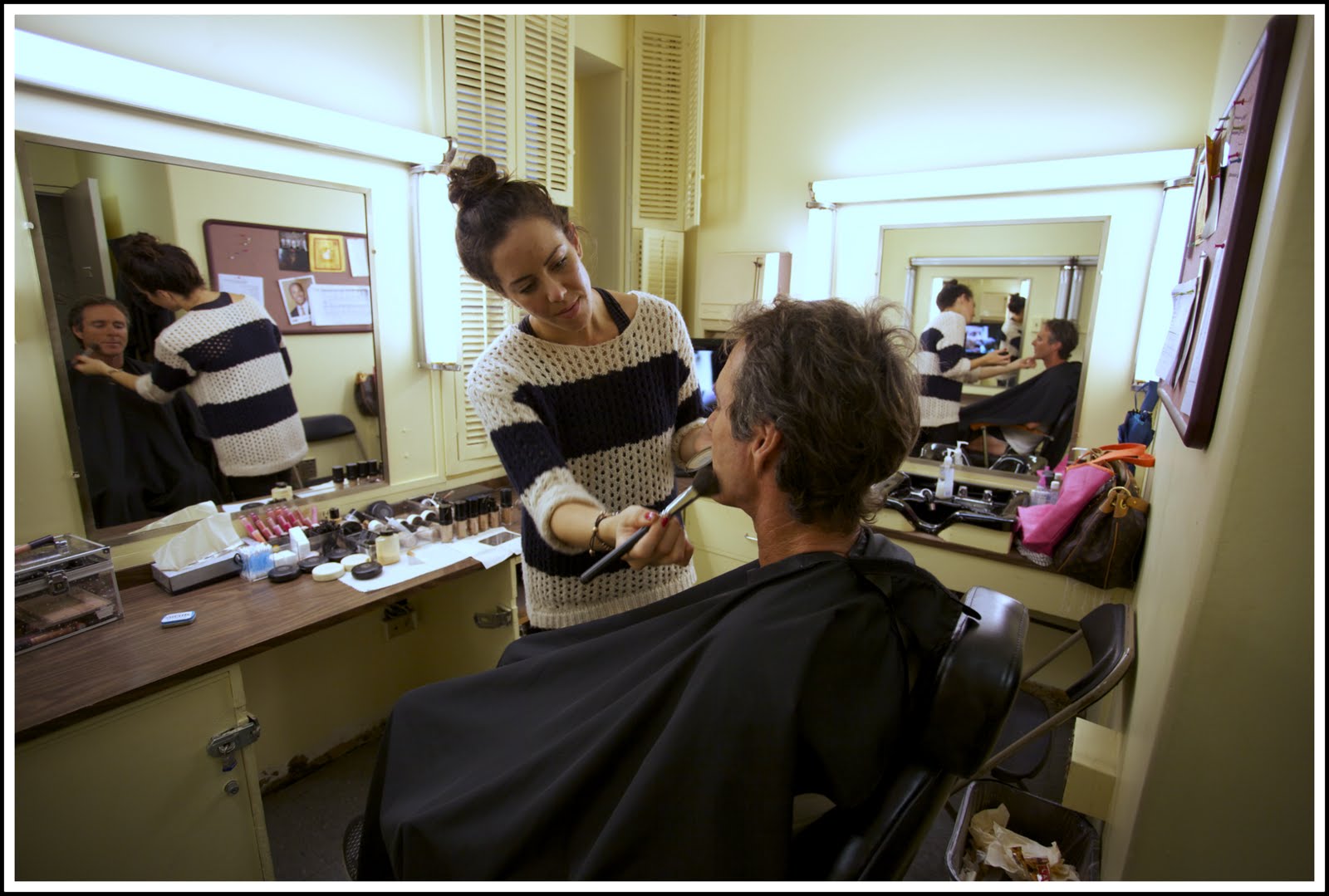 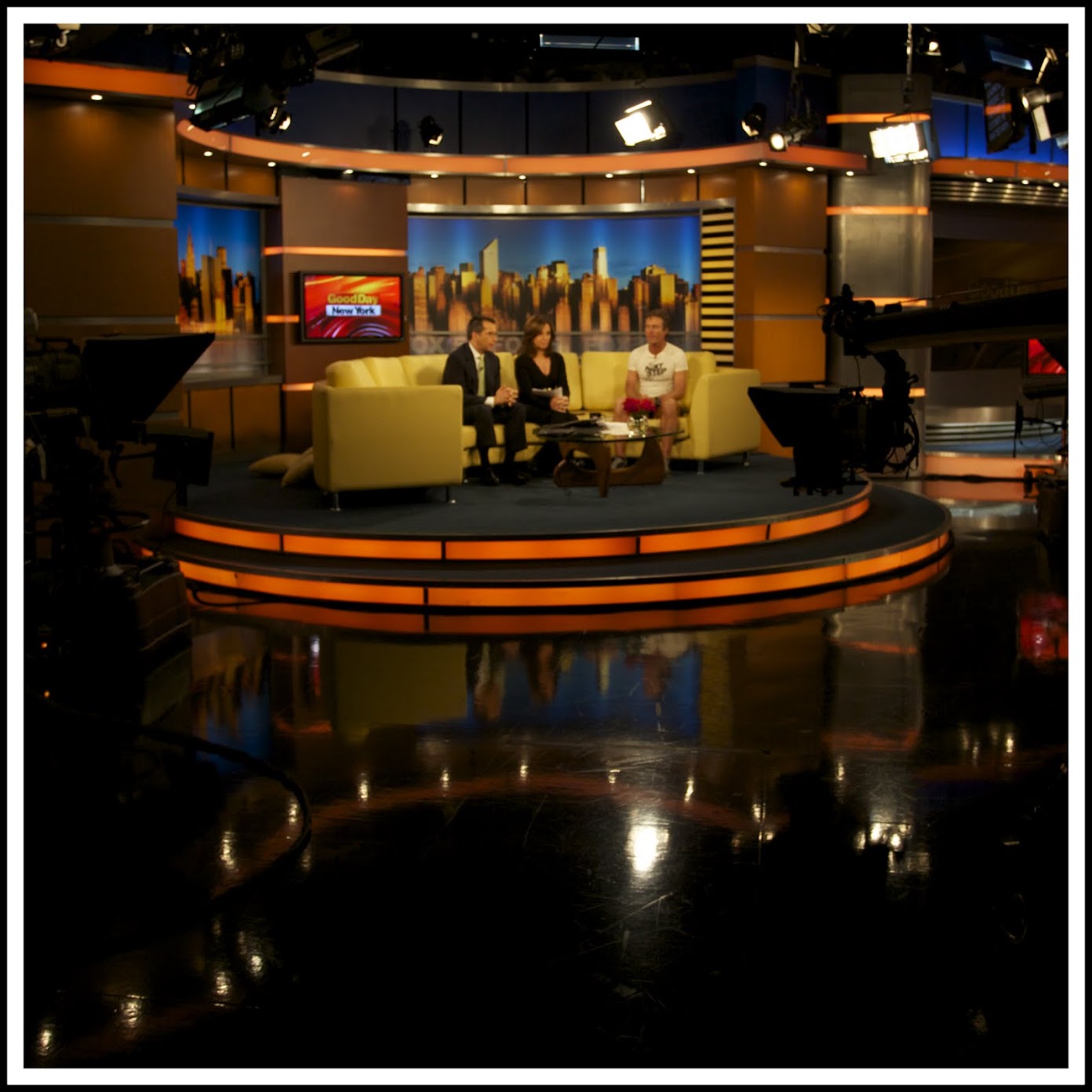 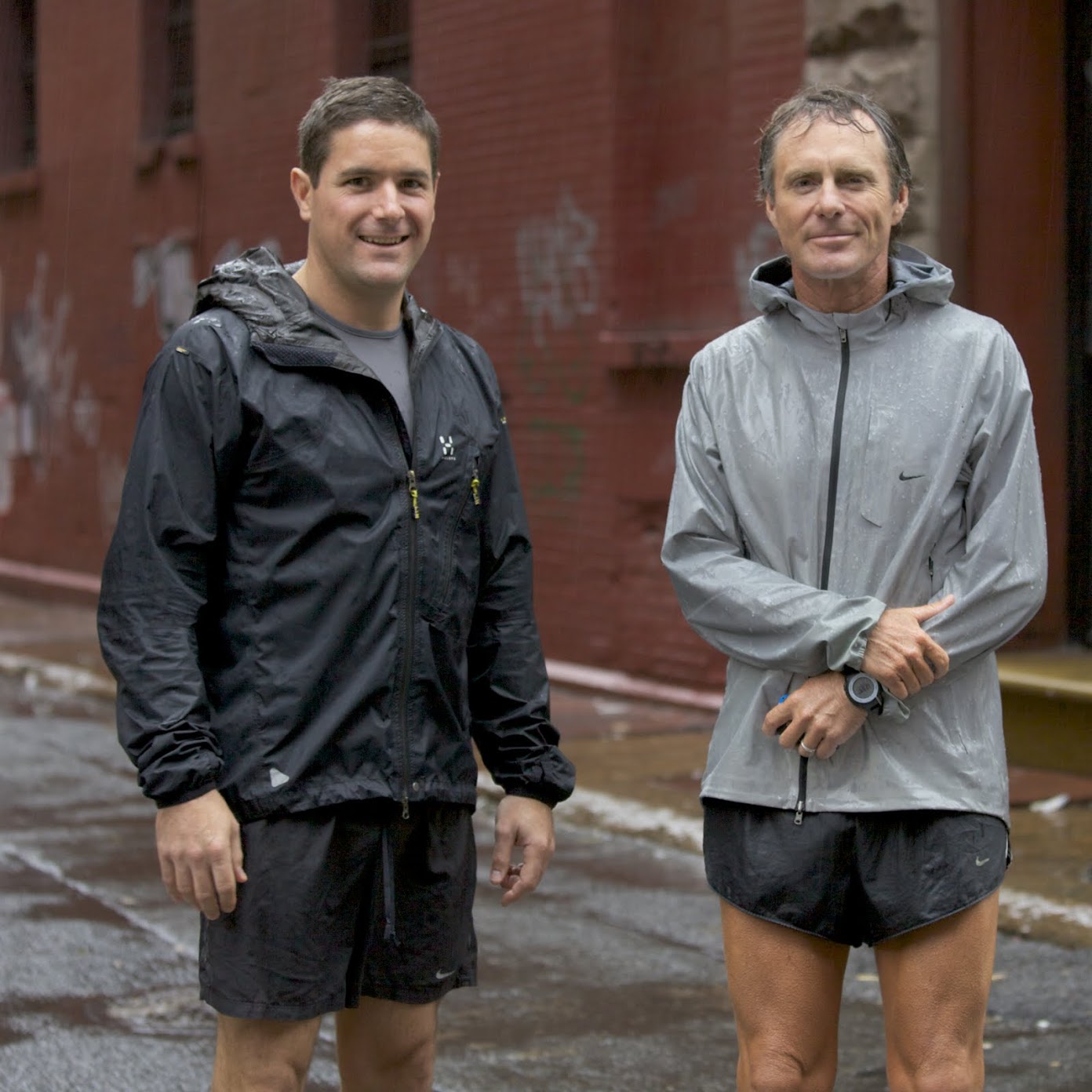