I felt a bit better on the road yesterday, though my legs still have some fatigue in them. I also think the issue is due to a couple of niggles in my feet. The recent 5 km time trial has left me with a stinging feeling around the rim of my right heel. And I still have a bruised feeling in my left foot from the King Island race in March, from when the sole of my shoe was flapping around. Both issues undoubtedly result in a compromised stride, which means the muscles in the legs are not operating quite as they should. This could be a big part of the muscle fatigue I’m feeling.

The photos from the world run for today were taken in Connecticut, not far from the state  capital, Hartford. I did an interview at the time at the home of ESPN executive, Jason Bennett, followed by some filming on the road. At this stage I had about a week of running remaining in the US, prior to the finish of my North American leg, north of Boston. 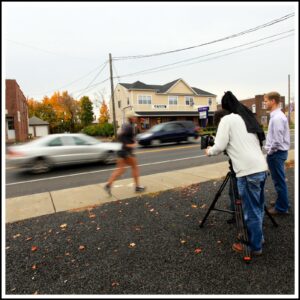 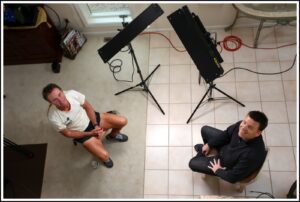