Not much to report today. My fast effort consisted of a few kms of “sprint the straights, jog the bends”, followed by a comfortable 1 km in 3:51.

The world run posts and photos are from upper NY state, from Niagara Falls to the southern shores of Lake Ontario. The Niagara Falls photos is a classic. I’m running by in the foreground, and our hotel was only about 200 metres to the left of the photo.

Not sure why, but I slept poorly last night and awoke feeling very tired. This immediately countered my enthusiasm for the day of running to Niagara Falls. This was further diminished when it started raining after just 2 km.

But I pushed on through the industrial suburbs of Buffalo, and finally made it to the Falls. I could see the mist rising from at least 10 km away, looking like the smoke from a forest fire. Niagara Falls is one of those iconic tourist attractions, and while I wouldn’t rate it as highly as the Grand Canyon, it’s certainly worth a look.

The rain let up and the sun came up (song trivia – who can name it?) as I arrived. Carmel and I took a ride on the Maid of the Mist, getting quite wet when the boat pushed in amongst the spray. And our hotel is only about 200 metres from the falls themselves – we can see the rapids from the window.

I reached a slightly unusual milestone today. You may recall me mentioning that I have not had a day off from running in more than eight years – to be precise, since August 25, 2004. As of today, I have now run 50,000 km since that date. I believe it’s this consistency that has allowed me to do this run around the world without injury (so far).

I had the unexpected bonus this morning of running on a pedestrian path above the Niagara River Gorge. It was only 5 km, but enjoyable all the same, with great views of Canada on the other side.

I have now added a fourth Great Lake to the list – this afternoon I ran along the southern shore of Lake Ontario. The water was very calm, and I was impressed with some of the waterfront properties – understated, but stylish.

From here I will be heading toward New York City, which I should reach in about two weeks or so.

I’m also looking forward to changing my running shoes and having more padding and protection. I have just completed 2,026 km in this current pair, which is a great life for a pair of running shoes. But I am beginning to feel the road through the 3-4 mm thick soles in the forefoot

I had a very pleasant day of running, although a mix up at the end meant I had to do an extra 3 km that doesn’t count. All the same, I did chalk up over 55 km that did count.

During the morning I met a dog – a beautiful chocolate Labrador who had broken her chain. The chain was dragging behind her. She was unbelievably friendly, but as dumb as …..(Watto, your call) when it came to the road. Three times I had to stop cars before they hit her. She was just running straight out in front of them. Carmel arrived, and we tied the dog’s chain to a fire hydrant, as none of the nearby houses were answering the door. Hopefully the owner will see the dog. I expect they already have, as she was in plain sight of the road.

Around lunchtime I passed through the town of Lyndonville. I looked down from a bridge into a river, and was amazed to see numerous salmon, each nearly three feet long, swimming around and trying to jump up into the water flowing out of a drainage tunnel. They were obviously confused as to where they were.

Later in the afternoon I reached the town of Albion and crossed the Erie Canal. This canal was built in the early 1800s, and is over 500 km long, linking the Hudson River with Lake Erie. It was an amazing engineering feat for its time. The town of Albion was a nice surprise too, with some unique architecture. 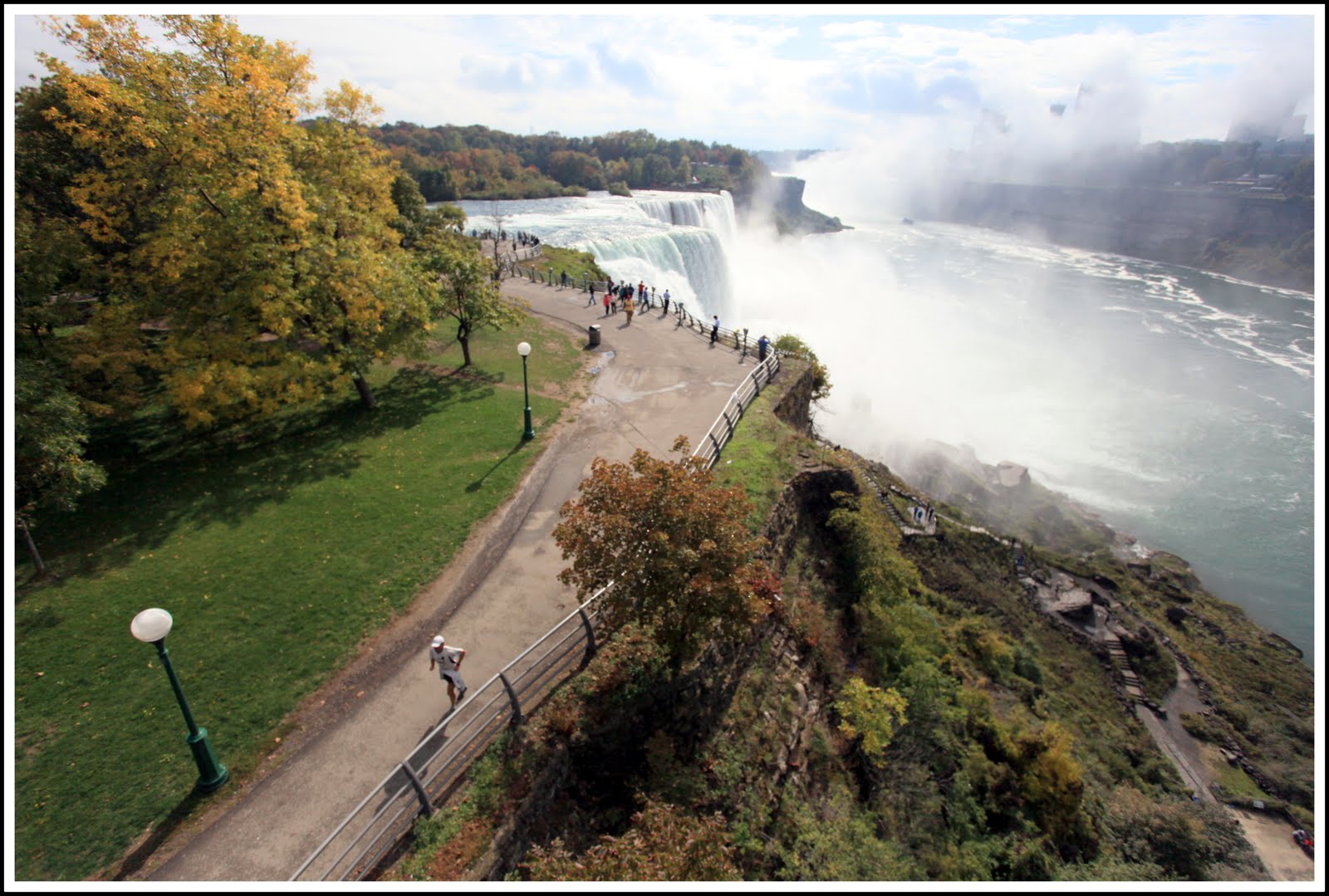 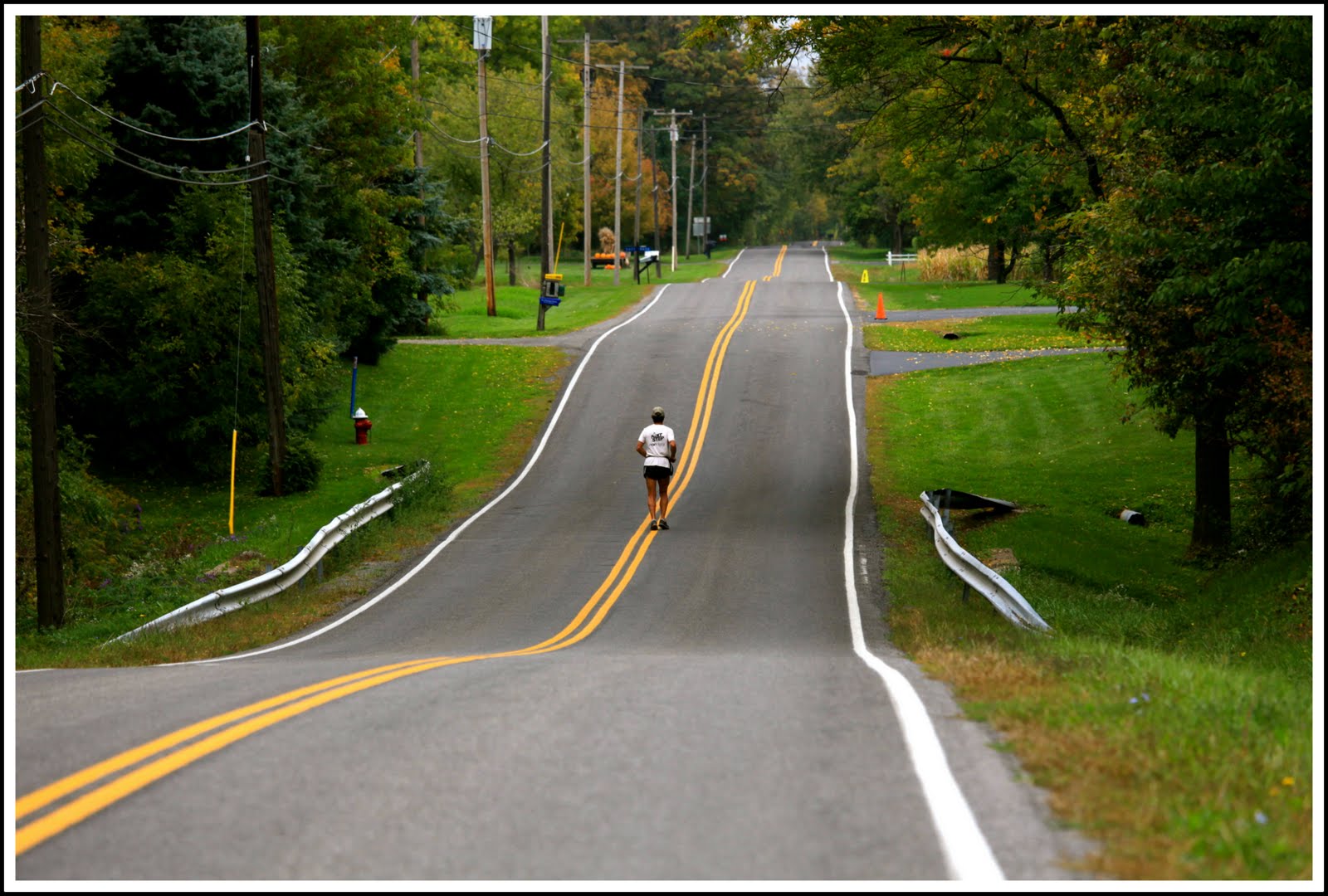 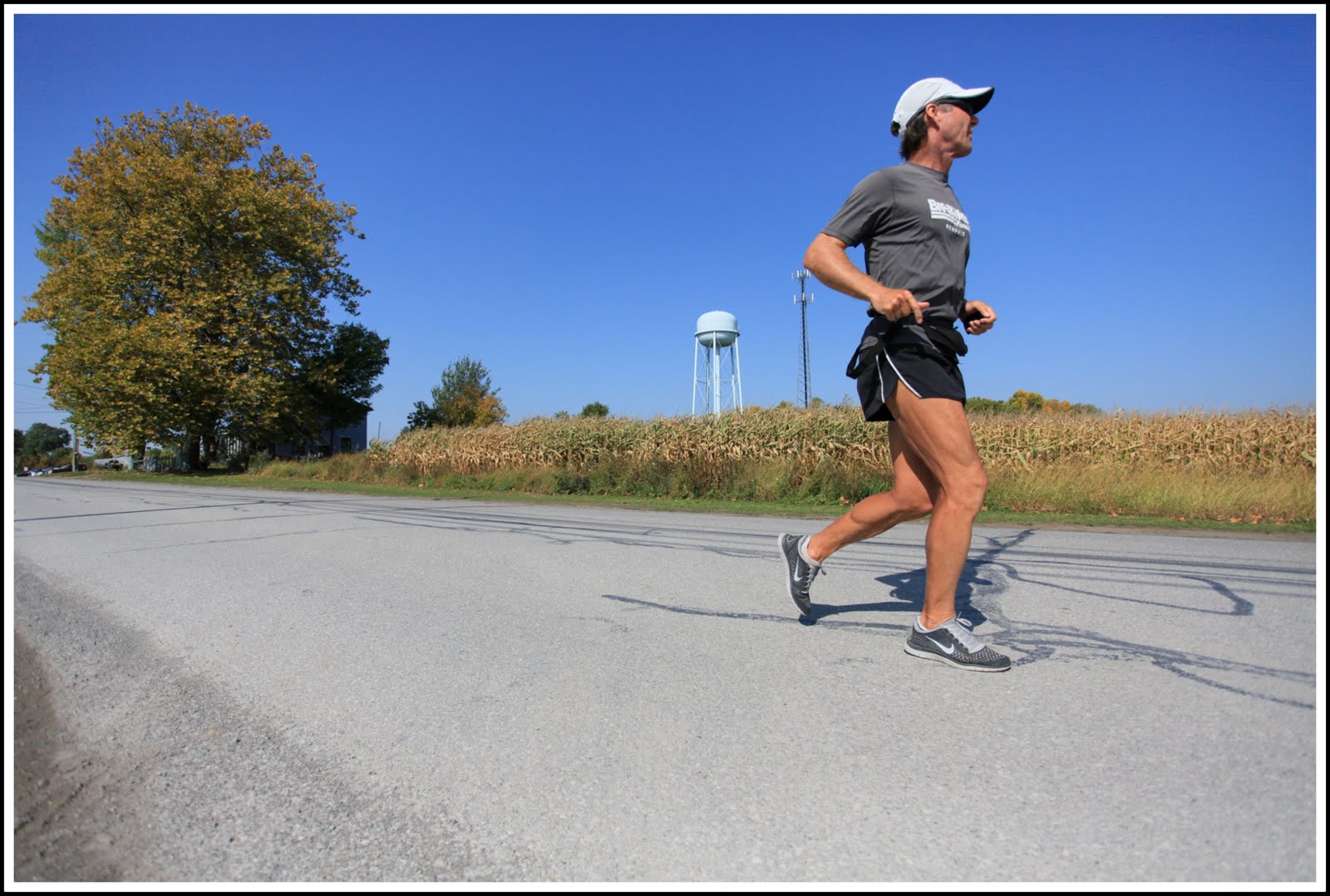