For the first time in many weeks, I failed to improve upon a recent PB in my Thursday run. I kept it short today, attempting 800 metres. Several weeks ago I had run a 2:40, but today I could only manage 2:41. It was disappointing, but I’ve learned from experience that when your performances start going backwards during periods of heavy training, it means you’re overtraining. Backing off a little usually results in a rapid improvement. After all, I’ve been averaging around 125 km per week for months now, so it’s about time I rested up a little. With the Tour de Bois coming up in two weeks, now might be the ideal time.

My time on the road in late September 2012 saw me heading north through the western part of Pennsylvania. In fact, it was on this day eight years ago that I reached Punxsutawney, the supposed location for the movie Groundhog Day (though it was actually filmed elsewhere). Punxsutawney Phil is a groundhog that is claimed to be able to predict the weather. The photos are from around that region, including one where I performed a few songs in a bar in the town of Ligonier one Saturday night. The song we’re doing here is The Boxer. The video was taken just after I crossed into Pennsylvania. A couple of days later I encountered the golf course sign. I couldn’t let that go by without taking a photo. 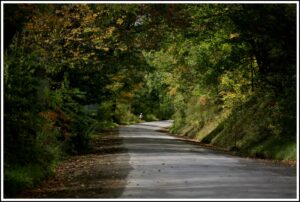 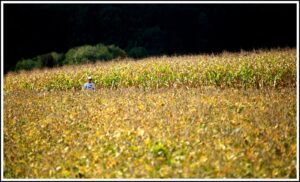 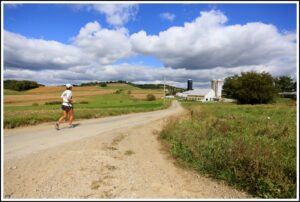 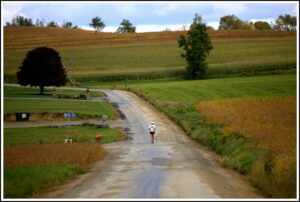