The cactus below was the first I saw in the US, about half way down the Californian coast. It was the first of countless thousands to come, most of which were in Arizona. 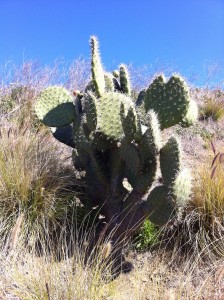 PS As of writing, Carmel is having trouble with uploading the photos due to a weak internet connection – she needs a strong link for all those MBs. They may not be published until tomorrow.