The world run posts for today are from Kentucky. I was running a lot slower then than I did today.

More quiet back roads through nice forests, but it was super hilly. Not long hills, but some were very steep. The morning was overcast, but the afternoon saw the sun emerge – it got very hot and sticky.

I reached the town of Columbia and Carmel picked me up. Then we had an experience straight from the Prohibition days. You see, the local Taliban have banned the sale of alcohol in this and some of the neighbouring counties. While in the town’s Walmart, Carmel was informed there was a bootlegger in town and was given directions. After she picked me up, we found the joint – a modern day drive-thru speakeasy on the edge of town – and made some covert purchases. It was hilarious, with other “customers” all having a joke with each other as they bought what is supposed to be banned in town.

Looking ahead, if any friends have an interest in joining us in South America, we will be arriving in Santiago on Oct 31, where I will be running to Buenos Aires. If you are keen to accompany us, for any length of time, please let us know. There are plenty of highlights to be had, including the Andes and Mendoza region, the epicentre of the Argentinian wine country.

A young policeman stopped me at one point – I thought I’d done something wrong – but he only wanted to shake my hand and wish me luck. Carmel had filled him in further up the road. We also met some fun women – a local from “down the road”, and two Scottish tourists – at a liquor store just over the county line. They had to travel to another county due to the draconian prohibition laws that exist in some counties. I hadn’t realised it before this trip, but there are many parts of the US that are living a century in the past.

Great back roads were the order of the day. While the lack of shoulders persisted to some degree, the lack of cars made it a good day regardless.

One road I was on was just about perfect. The Tour de Bois would have loved it – it was very quiet, and with a new hot mix surface, it was as smooth as …. (I’ll leave the completion of that simile to Watto from Wagga Wagga).

Otherwise, it was a fairly quiet day. A reporter from the local Lebanon newspaper came out for an interview, which gave me a nice break. After that, I just ran and enjoyed the scenery. Kentucky is quite hilly and very picturesque -perfect for running when you find quiet roads. 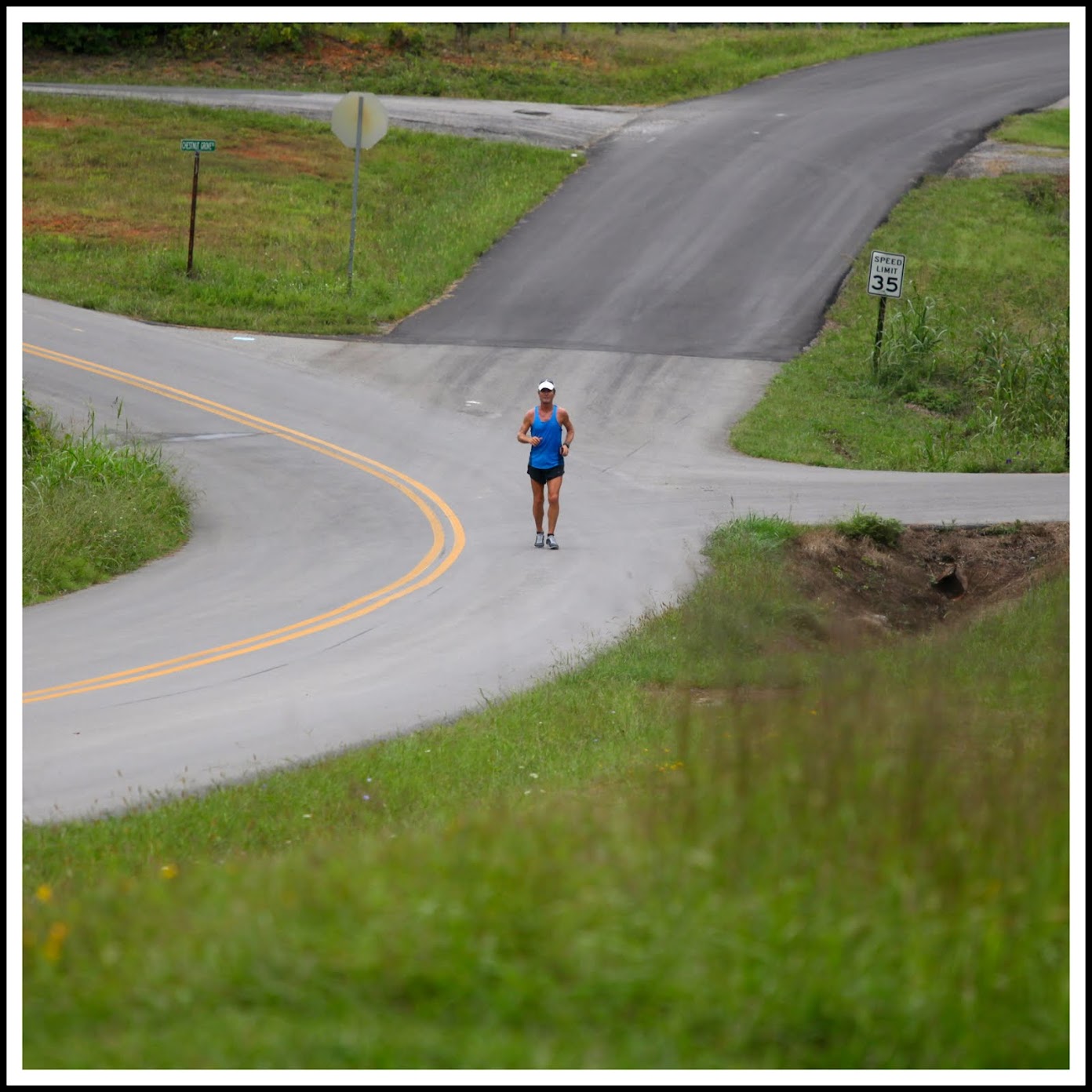 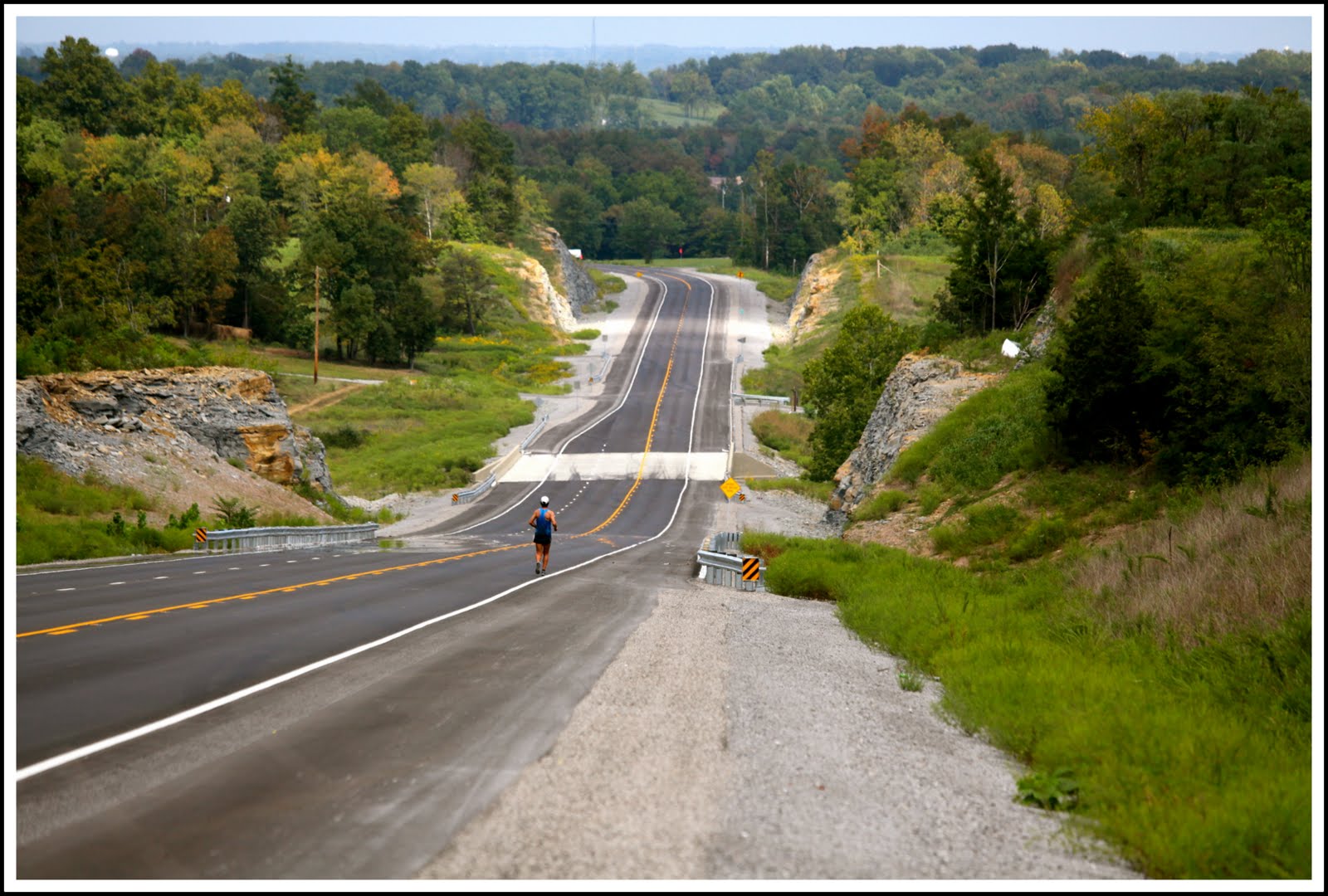